Recent studies show that the populations of African great apes are rapidly decreasing. Many areas where apes occur are scarcely managed and weakly protected. Researchers from the Max Planck Institute for Evolutionary Anthropology in Leipzig, Germany, have carried out an international collaborative project together with field researchers and park managers. The project aim was to evaluate how the lack of conservation effort influences the extinction risk of African great apes. Records were collected over the last 20 years from 109 resource management areas. The researchers found that the long-term presence of local and international non-governmental organization support and of law enforcement guards are the most crucial factors affecting ape survival, and that they have a clear measurable impact. Conversely, national development, often cited as a driver of conservation success, and high human population density had a negative impact on the likelihood of ape survival.

For the protection of natural resources, and in particular to fight wildlife population decline, it is fundamental to implement measures that are truly effective. How well a particular conservation activity reduces extinction risk of a species has rarely been quantified in comparison to other types of conservation efforts over a long-term and large spatial scale. Such a quantitative comparison is important in helping to direct conservation strategies that will mitigate and reverse the recent decline in many African great ape populations.

This study provides a continent-wide assessment of the relative significance of four different types of conservation efforts: law enforcement guards, tourism, research and non-governmental organizations support. Their effects have been assessed in 109 African resource management areas for the survival of chimpanzees, bonobos and gorillas over twenty years (1990-2009), located in 16 countries in East, West and Central Africa. Along with these data, environmental and anthropogenic variables were included and as well recent records of ape status. 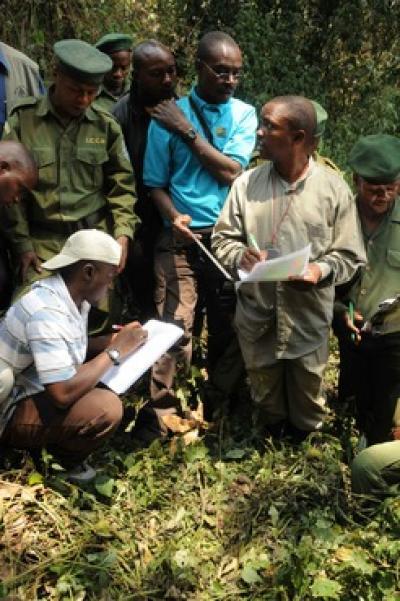 The study confirmed unequivocally that prolonged conservation efforts lead to a measurable decrease of the probability of apes going extinct, and the longer they last, the lower the probability. "The results confirm and prove quantitatively that the most influential risk for ape disappearance is the lack of law enforcement guards, rather than the absence of tourism and research, which nevertheless remain activities with a measurable positive impact", says researcher Sandra Tranquilli of the MPI for Evolutionary Anthropology. "Futhermore, ape persistence is positively influenced by the presence of non-governmental organization support".

"Remaining wilderness areas are disappearing at a rate which is unimaginable for most people. If we want to preserve some of these places for the future, we need many more studies of this type" says conservation group leader Hjalmar Kuehl of the MPI for Evolutionary Anthropology. "These studies help to better understand which conservation measures are more efficient and into which conservation activities the limited available resources should best be invested. This information will help to increase the effectiveness of conservation measures by maximizing the return on invested resources".

"This is an excellent example of evidence-based conservation research, where conservation activities and strategies are evaluated quantitatively," says researcher Fiona Maisels of the Wildlife Conservation Society. "Our findings will ensure the best use of the limited human and financial resources available, particularly in terms of effective law enforcement on the ground".

"The survival of African Greats Apes depends on law enforcement", says DR Congolese researcher Fidèle Amsini of Frankfurt Zoological Society, "These efforts also depend on the availability of funds from donors and the support of country agencies".

This study measures for the first time on a continental scale the relative impact of conservation efforts and shows how crucial their long-term presence is for African great ape existence. In addition to the application of an evidence-based approach, the authors recommend a continuous monitoring program of population trends and threats to ensure the long-term persistence of ape populations.