Parasitic worms that infect fish, and have a devastating effect on fish reproduction, grow four times faster at higher temperatures – providing some of the first evidence that global warming affects the interactions between parasites and their hosts.

The study from the University of Leicester revealed that global warming had the potential to change the balance between parasite and host - with potentially serious implications for fish populations.

The researchers from the University of Leicester's Department of Biology also observed behavioural change in infected fish – suggesting parasites may manipulate host behaviour to make them seek out warmer temperatures.

And they discovered that whilst parasites grew faster in higher temperatures, the host's growth rate slowed.

"What we witnessed was that fish infected with the largest worms showed a preference for warmer water, suggesting that these parasites also manipulate the behaviour of host fish in ways that benefit the parasites by maximizing their growth rates," said Dr Iain Barber of the Department of Biology at the University of Leicester, who carried out the study with doctoral student Vicki Macnab.

The research, supported by funding from the Biotechnology and Biological Sciences Research Council (BBSRC) and the Centre for Environment, Fisheries and Aquaculture Science (Cefas), has been published today in the influential journal Global Change Biology.

Vicki said: "The research shows a dramatic effect of increased environmental temperatures on the growth rates of parasites in fish hosts. The size these parasites attain in their fish hosts determines how severely fish reproduction is affected, so our results suggest that parasite will have a more serious effect on fish reproduction if temperatures rise. In addition, our paper documents behavioural changes in infected fish that suggests the parasites are manipulating host behaviour to make them seek out warmer temperatures, creating a positive feedback mechanism to exacerbate the effects of global warming. 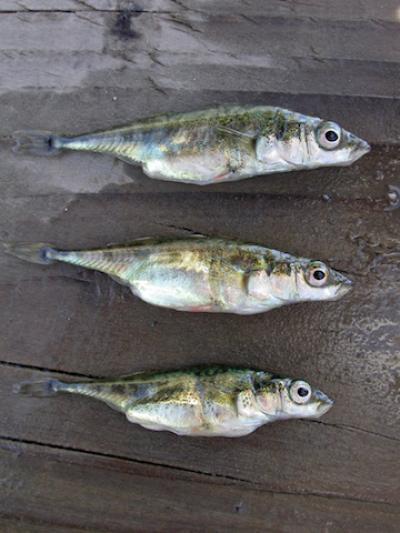 "This research shows that global warming could shift the balance between parasites and their hosts with potentially serious implications for fish populations."

Dr Barber said: "The results are important because the size these parasites attain in their fish hosts also determines their infectivity to fish-eating birds like kingfishers and herons – the next hosts in the parasite's life cycle – and also the number of parasite eggs that they will go on to produce. Bigger larval parasites in the fish go on to become larger adult worms in birds, which produce more eggs.

"After the 8 weeks of the study, all of the worms infecting the fish held at 20C were ready to infect fish-eating birds, whereas none of those held at the lower temperature had reached a size at which they were ready to be transmitted."

In a follow up study, the authors also showed that fish infected with the largest worms showed a preference for warmer water, suggesting that these parasites also manipulate the behaviour of host fish in ways that benefit the parasites and maximize their growth rates. 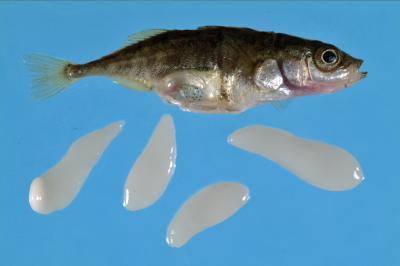 The results provide some of the first evidence that increasing environmental temperatures can lead to a shift in the delicate balance that exists between co-evolved hosts and parasites, increasing the speed with which parasites complete their life cycles that could lead to an increase in the overall level of parasitism in natural animal populations. 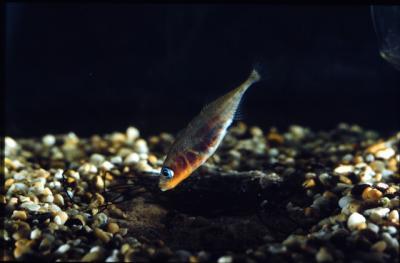