BUFFALO, N.Y. -- Preschoolers whose parents have rules about what their children can and cannot eat have healthier eating habits than those raised without such rules, according to a new study by pediatrics researchers at the University at Buffalo.

The study also provides new information on how toddlers' ability to self-regulate, or control, their emotional and behavioral impulses influences their eating habits two years later, depending on the presence or absence of parental food rules.

The research is being presented on Nov. 7 at ObesityWeek 2014 in Boston. ObesityWeek runs concurrently with the annual meetings of The Obesity Society and the American Society for Metabolic and Bariatric Surgery.

The UB study explores the researchers' hypothesis that the ability of children to self-regulate their emotions and behavior at 2 years of age would translate into healthier eating habits at 4 years of age. They used a widely accepted definition of self-regulation: the child's ability to override his or her natural and automatic tendencies or desires in order to pursue long-term goals.

To determine how much the child could self-regulate, parents were asked to rate how frequently the child exhibited emotional/behavioral responses, including irritability and fussiness, whimpering and their ability to wait for something.

The UB researchers examined associations between self-regulation in children at 2 years and their consumption at 4 years of age of these foods: fruit juices, soda, fresh fruit, fresh vegetables, fast food, salty snacks and sweets.

"In adults and adolescents, self-regulation, emotional eating and obesity have been well-studied, but there is very little information about the role that self-regulation plays in young childhood obesity," says Wen.

"We found that children who were able to self-regulate at 2 years old had healthy eating habits by the time they were 4 years old, so long as their parents also set rules about the right types of foods to eat," he says. "We found that self-regulation by itself, without parental food rules, made little difference in childrens' later eating habits."

That finding is key, explains Neha Sharma, a co-author and recent UB graduate from the Department of Psychology who presented the research.

"It is amazing to see that a parental rule about which types of food a child can and cannot eat could have such a great impact on child eating habits," says Sharma. "Without these boundaries set by caregivers, the benefits of high self-regulation on weight gain and childhood obesity could be diminished. This illustrates just how important parental involvement is in influencing child eating habits."

Among the unhealthy food items, soda was the one that children consumed most if their parents had no food rules.

"We found that preschoolers whose parents had no food rules drink soda about 25 percent more than children whose parents had food rules," explains Wen. "We found that soda is pretty attractive to preschoolers, but soda cannot kill their hunger. It doesn't fill them up." This finding provides some insight he says, into how young children with no parental food rules begin early consumption of unhealthy foods.

The study was based on data from the Early Childhood Longitudinal Study, Birth Cohort (ECLS-B), a federally funded, nationally representative sample conducted by the U.S. Department of Education of approximately 10,700 children born in the U.S. in 2001. Data was gathered from parents and teachers who completed surveys and phone interviews about children at various ages. It was designed to provide detailed information about children's early life experiences, including health, development, care and education.

The UB study focused on a subsample of 8,850 children and involved analysis of data on self-regulation behaviors of 2-year-olds and the diets and parental food rules of the same children when they reached 4 years of age.

The researchers are considering designing a new study to see whether improvements in toddlers' ability to self-regulate their behaviors results in their eating healthier foods. 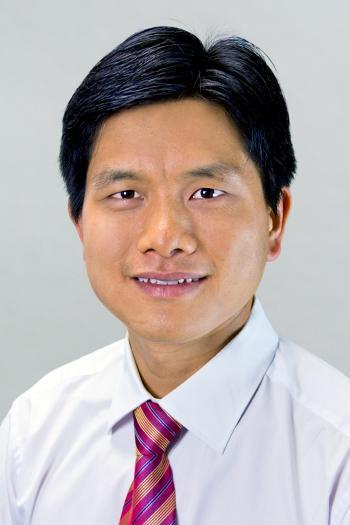 Research by Wen and his colleagues provides new information about the role of self-regulation in young childhood obesity.