Pharmaceuticals and the water-fish-osprey food web

PENSACOLA, Fla. – Ospreys do not carry significant amounts of human pharmaceutical chemicals, despite widespread occurrence of these chemicals in water, a recent U.S. Geological Survey (USGS) and Baylor University study finds. These research findings, published by Integrated Environmental Assessment and Management is the first published study that examines the bioaccumulation of pharmaceuticals in the water-fish-osprey food web.

Pharmaceuticals have been finding their way into the environment, primarily through wastewater, urban runoff and even biosolids applied to agricultural lands. The impact on wildlife is unknown. Ospreys occupy the top of the food web, often nest in highly industrialized or urban areas, and eat only fish, making them an ideal sentinel for monitoring localized contaminants.

Rebecca Lazarus and her colleagues at the USGS conducted water analyses from 12 sites in the Chesapeake Bay area, and drew blood samples from fish and osprey nestlings living along surrounding waterways. 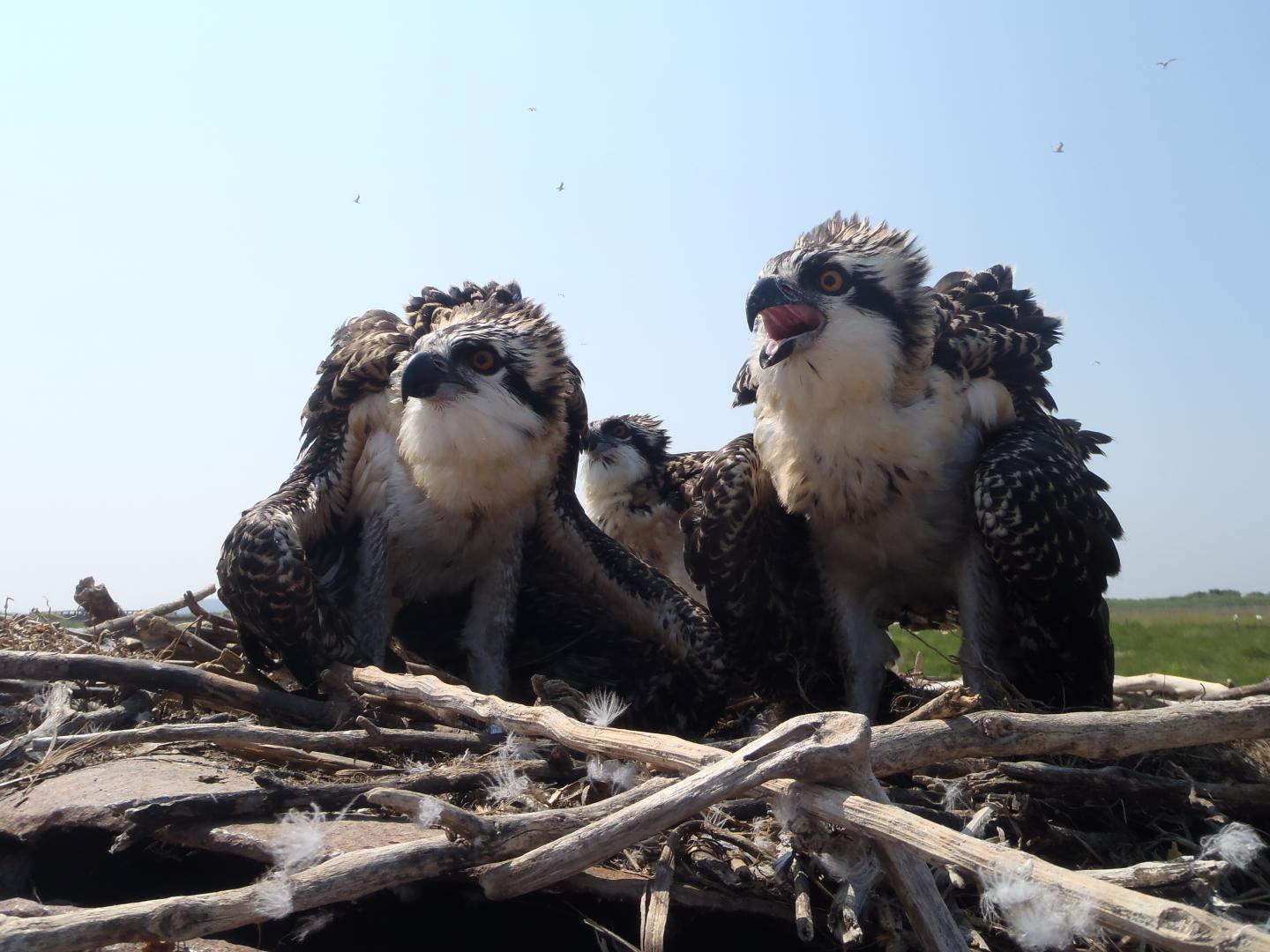 Not unexpectedly, the concentrations of pharmaceuticals in the water and fish were greatest in locations near wastewater treatment plants and in highly urbanized areas. However, of the 18 compounds found in water samples, only 7 pharmaceuticals and the artificial sweetener sucralose were found in fish. Sucralose was the only non-pharmaceutical chemical sampled, and it serves as an effective marker for of human activity. Only one compound was found at detectable levels in osprey blood plasma, which indicates these compounds are not generally being transferred up the food web.

"Only the antihypertensive drug diltiazem was detected in the blood of all sampled osprey nestlings, and was present at very low concentrations," said Lazarus. "The thresholds for this drug are unknown in ospreys at this time, and there is no overt evidence to suggest adverse effects."

The study was complemented by an exposure model that predicted 15 compounds out of a suite of 113 pharmaceuticals have the potential to exceed a human therapeutic dose and this hypothesis warrants further investigation. This type of model may be helpful for identifying additional compounds that may be detectable in wildlife.