Pesticide linked to 3 generations of disease

"What your great-grandmother was exposed to during pregnancy, like the pesticide methoxychlor, may promote a dramatic increase in your susceptibility to develop disease, and you will pass this on to your grandchildren in the absence of any continued exposures," says Michael Skinner, WSU professor and founder of its Center for Reproductive Biology.

He and his colleagues document their findings in a paper published online in PLOS ONE. The study was funded by the National Institutes of Health.

Methoxychlor—also known as Chemform, Methoxo, Metox or Moxie—was introduced in 1948 and widely used during the 1970s as a safer replacement for DDT. It was used on crops, ornamental plants, livestock and pets. It is still used in many countries around the world.

It was banned in the U.S. in 2003 due to its toxicity and ability to disrupt endocrine systems. Methoxychlor can behave like the hormone estrogen and profoundly affects the reproductive system.

When Skinner and his colleagues exposed gestating rats to methoxychlor at a range typical of high environmental exposures, they saw increases in the incidence of kidney disease, ovary disease and obesity in offspring spanning three generations. The incidence of multiple diseases increased in the third generation or "great-grandchildren." 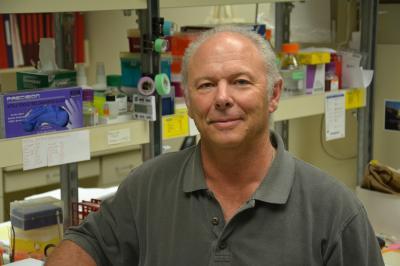 This is Michael Skinner, WSU professor and founder of the Center for Reproductive Biology.

The researchers say the pesticide may be affecting how genes are turned on and off in the progeny of an exposed animal, even though its DNA and gene sequences remain unchanged.

This is called transgenerational epigenetic inheritance. In recent years, the Skinner lab has documented epigenetic effects from a host of environmental toxicants, including DDT, plastics, pesticides, fungicides, dioxins, hydrocarbons and the plasticizer bisphenol-A or BPA. The newest findings support those observations.

The work is also the first to show that a majority of transgenerational disease traits can be transmitted primarily through the female line.

Additionally, the study identified mutations in the sperm epigenome of great-grandchild male rats. The epigenome functions like a set of switches for regulating gene expression and can be altered by environmental conditions.

The epigenetic changes observed were specific to methoxychlor exposure and may prove to be valuable biomarkers for future research on transgenerational disease.

For people exposed to the pesticide, Skinner says his findings have implications such as reduced fertility, increased adult onset disease and the potential to pass on those conditions to subsequent generations.

He suggests that ancestral exposures to methoxychlor over the past 50 years in North America may play a part in today's increasing rates of obesity and disease. 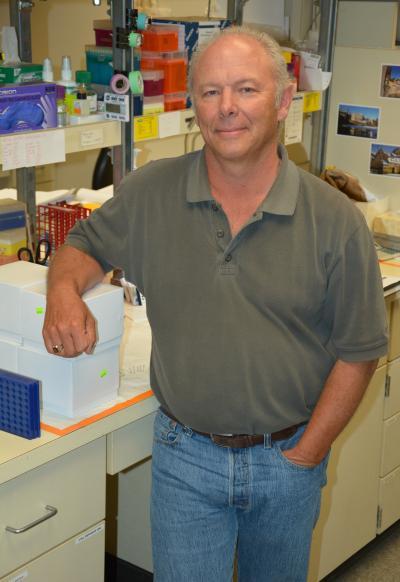 Dr. Michael Skinner is shown in his reproductive biology lab at WSU.