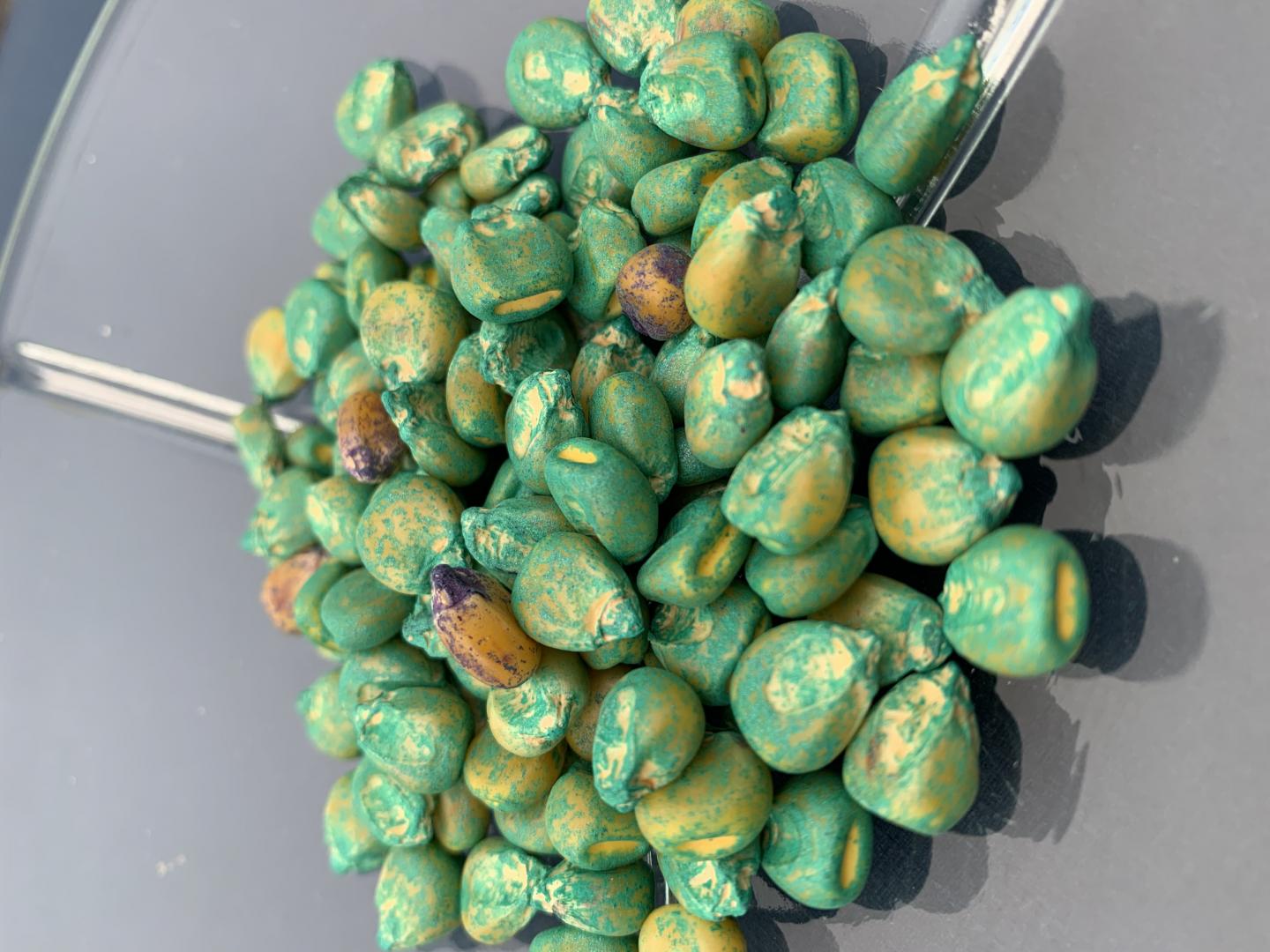 IMAGE: Seed-coated pesticides, such as neonicotinoids, are increasingly used in the major field crops, but are underreported, in part, because farmers often do not know what pesticides are on their seeds,...

UNIVERSITY PARK, Pa. -- Pesticide-coated seeds -- such as neonicotinoids, many of which are highly toxic to both pest and beneficial insects -- are increasingly used in the major field crops, but are underreported, in part, because farmers often do not know what pesticides are on their seeds, according to an international team of researchers. The lack of data may complicate efforts to evaluate the value of different pest management strategies, while also protecting human health and the environment.

"We reviewed existing evidence, as well as proprietary and novel government data, on seed treatment usage and found that many farmers either did not know what pesticides were on their seeds or falsely assumed that seed treatments did not include certain pesticides," said Paul Esker, assistant professor of epidemiology and crop pathology, Penn State. "This lack of knowledge could lead to overuse of pesticides, which could harm the environment and farmers' health."

The team analyzed proprietary data from Kynetec, a third-party global marketing and research firm that maintains one of the most comprehensive datasets on pesticide use in the United States, collected from 2004-2014. They found that the use of seed treatments in the U.S. grew over the past decade, particularly in corn and soybean production. In the 2012 to 2014 period, 90 percent of corn acres and 76 percent of soybean acres were grown with treated seeds. Of the insecticides applied to seeds, neonicotinoids accounted for roughly 80%.

Next, the researchers analyzed farmers' responses to questions about pesticide-coated seeds documented in the Agricultural Resource Management Survey (ARMS) -- the U.S. Department of Agriculture's primary source of information on the production practices, resource use and economic well-being of America's farms and ranches. Specifically, they examined farmer responses to the ARMS for cotton in 2015, corn in 2016, wheat in 2017 and soybean in 2018.

They found that around 98% of farmers were able to provide the names of the field-applied pesticides used on their cotton, corn, wheat or soybean crops. By contrast, only 84% of cotton growers, 65% of corn growers, 62% of soybean growers, 57% of winter wheat growers and 43% of spring wheat growers could provide the name of the seed-treatment product on their crops. The rest either did not answer the survey question or specified that they did not know.

The results appear today (March 17) in the journal BioScience.

"One of the most important findings of this study is that farmers know less about pesticides applied to their seeds than pesticides applied in other ways," said Margaret Douglas, assistant professor of environmental studies, Dickinson College. "This is likely because seed is often sold with a 'default' treatment that contains a mix of different pesticide active ingredients, and the treated seed is exempt from some labeling requirements. Without knowing what is on their seeds, it is nearly impossible for farmers to tailor pesticide use to production and environmental goals."

According to the study's lead author Claudia Hitaj, research and technology associate, Luxembourg Institute of Science and Technology, the lack of information on the use of pesticidal seed treatments means that a significant portion of pesticide use, particularly for active ingredients that are applied almost exclusively as seed treatments, is not captured in existing pesticide-use datasets.

"Reliable data on pesticide use is needed by regulators, farmers, and researchers to increase agricultural production and profitability and to protect human health and the environment from the adverse effects of pesticides," she said.

By comparing the data Kynetec collected during the 2004-2014 window to that collected in 2015, when Kynetec stopped offering information on seed treatments, the team found a significant drop in pesticide use for a number of pesticides known to be used as seed treatments. The researchers used clothianidin as an example of what can happen as a result of poor tracking of pesticide-treated seed use.

"The removal of data on treated seed makes clothianidin use appear to drop from more than 1.5 million kg/year in 2014 to less than a tenth of a million kg/year in 2015," said Aimee Code, pesticide program director, Xerces Society for Invertebrate Conservation. "Clothianidin is currently undergoing review by the U.S. Environmental Protection Agency, so the lost data makes it difficult to ensure accurate risk assessment."

"The lack of knowledge by farmers about the pesticides applied to seed is an example of why it is important to maintain a strong university extension system that can provide up-to-date information about different seed treatments, what these treatments do, and what the empirical data shows," said Esker. "This is also an opportunity for further collaboration among different disciplines, like agronomy, plant pathology, entomology, economics and environmental science, to address farm issues from a whole-system perspective."