(Santa Barbara, Calif.) –– Parasites are ubiquitous. They feed on virtually every animal and even on each other. Yet, for all the parasites' collective contributions to biomass and biodiversity, conventional food webs don't account for the presence of these tiny and numerous consumers. A recent study featuring work by several UC Santa Barbara scientists focuses on the impact parasites have on food webs, with findings that are expected to alter our picture of who-eats-who. The paper, "Parasites Affect Food Web Structure Primarily through Increased Diversity and Complexity," appears in the latest edition of PLoS Biology.

"If you are not including parasites in food webs, you aren't getting the whole picture," said Kevin Lafferty, a marine ecologist with the U.S. Geological Survey, and adjunct professor in the UCSB Department of Ecology, Evolution and Marine Biology (EEMB). "They are consumers like predators, but they are less visible and easy to forget."

Lafferty, along with research biologist Ryan Hechinger, professor of zoology Armand Kuris, and graduate student researcher John McLaughlin, all from UCSB EEMB and the campus's Marine Science Institute, provided many of the missing pieces to fill out the whole picture. The paper was the result of a working group led by Lafferty at UCSB's National Center for Ecological Analysis and Synthesis. As part of that working group, the researchers published six high-quality food webs complete with parasites, like tapeworms and flukes, alongside free-living species, like birds, crabs, and clams. Creating these food webs was the first step in the study. 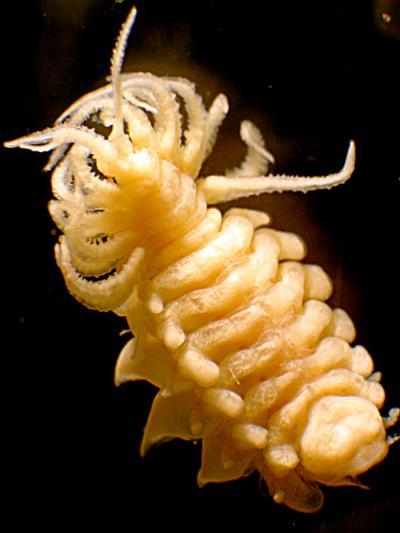 This parasitic isopod, Leidya, which is related to rolley pollies, is one of the parasites that UCSB researchers included in the new food webs. The isopod is almost one centimeter long, and was found infecting a crab.

Then, through comparisons of different versions of food webs –– without parasites; with parasites and all their links throughout the web; and with parasites and their hosts, but without links between predators and the parasites of prey –– the international team of researchers found that parasites add layers of complexity and density to food webs.

On some levels they act like predators, eating their hosts and sometimes killing them. But their close relationship with their hosts also causes them to be eaten by their hosts' predators.

"This 'incidental predation' might not seem all that important from the predator's point of view," said Hechinger, "but it may be that the parasites in their prey actually debilitated the prey to make it more easy for the predator to get its food. Also, we can't forget the parasite's point of view –– those predation events may be the major killing factor for parasites living in their hosts!"

Parasites' complex life cycles –– starting out in one form in one animal, and moving on to the next form and host –– also give them a wider range of food sources than free-living species, which in turn makes food webs more complex than originally thought.

"Our research extends the generality of food web theory and provides a more rigorous framework for assessing the impact of any species on trophic organization," said Jennifer Dunne, a Santa Fe Institute professor and lead author of the paper. "However, it also reveals limitations of current food web models when they are applied to the more diverse and highly resolved data that researchers are increasingly compiling." 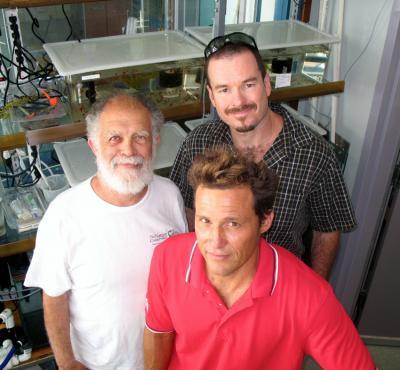