TORONTO, April 22, 2016--People who had cancer before receiving an organ transplant were more likely to die of any cause, die of cancer or develop a new cancer than organ recipients who did not previously have cancer, a new paper has found. However, the increased risk is less than that reported in some previous studies.

Previous research has shown that cancer survivors were at increased risk of cancer recurrence after a transplant. But the findings regarding the risk of death and developing a new cancer were inconsistent.

The paper published today in the journal Transplantation confirms cancer survivors have a higher mortality rate and a higher rate of new cancer than organ recipients with no history of cancer, said lead author Dr. Sergio Acuna, a physician who is a PhD student in clinical epidemiology at St. Michael's Hospital. 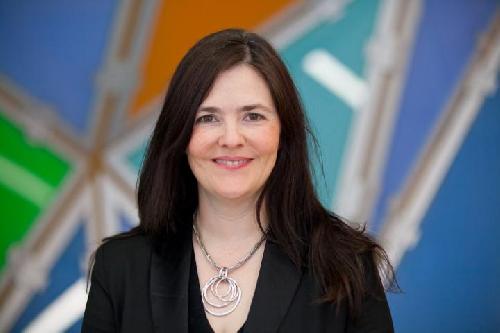 People who had cancer before receiving an organ transplant were more likely to die of any cause, die of cancer or develop a new cancer than organ recipients who did not previously have cancer, according to a new paper led by Dr. Nancy Baxter, a surgeon at St. Michael's Hospital. Credit: Courtesy of St. Michael's Hospital

The association between higher rates of death, death from cancer and new cancers did not vary according to the type of organ that was transplanted, the paper found.

Publication of the paper coincides with National Organ and Tissue Donation Awareness Week in Canada.

The critical shortage of organs for transplants means that clinicians and policy makers must ensure scarce donor organs are given to the patients who would benefit the most from them.

Dr. Acuna said his paper did not examine whether the association between higher deaths, higher deaths from cancer and the development of new cancers was caused by characteristics of the organ donor or some other factor such as the type of immunosuppressant drug.

He noted that previous studies have shown that transplant recipients with previous cancers were more likely to have received organs from "expanded criteria donors" (older donors who may have had medical conditions such as high blood pressure, or who died as a result of a stoke), or to have spent prolonged time on dialysis. Both of these are factors are associated with deaths from cardiovascular incidents, such as a heart attack or stroke, and rejection of a transplanted organ.

Dr. Acuna said more research was needed to determine the length of time between when a patient was deemed to be in remission or cured of cancer before he or she could receive an organ transplant to minimize the risk of cancer recurrence without increasing the risk of death from other causes.

Dr. Nancy Baxter, the senior author on the paper and a colorectal surgeon at St Michael's, said transplant patients with a history of cancer may also need closer monitoring to detect recurrent and new cancers early. No specific recommendations on screening for second malignancies in these patients exist. She said there was also a need to better understand and mitigate the cancer risk in transplant recipients with a history of cancer, focusing on cancer prevention and early detection.

The paper is a meta-analysis of 33 cohort studies involving almost 400,000 patients in 12 countries. Organ recipients with previous cancer had at any given time 1.5 times greater risk of dying than those with no previous cancer. They had a three times higher risk of dying from cancer and an almost two times higher risk of developing a new cancer. This paper did not look at studies about patients who received a transplant for the treatment of their cancer, such as patients with liver cancer who may receive a liver transplant.