Older is wiser, at least economically

RIVERSIDE, Calif. — The brains of older people are slowing but experience more than makes up for the decline, a University of California, Riverside assistant professor of management and several colleagues found when asking the participants a series of financially related questions.

Ye Li, the UC Riverside assistant professor, and Martine Baldassi, Eric J. Johnson and Elke U. Weber, all currently or formerly of Columbia University, outlined the results in a paper, "Complementary Cognitive Capabilities: Economic Decision Making, and Aging," which was just published in the journal Psychology and Aging.

The study is believed to be the first to measure decision making over the lifespan through the lens of two types of intelligence: fluid and crystallized. Fluid intelligence is the ability to learn and process information. Crystallized intelligence refers to experience and accumulated knowledge.

Past research has found fluid intelligence declines with age, but provides no definitive conclusion as to whether decision-making abilities declines as people age. Li, a faculty member at UC Riverside's School of Business Administration, and his colleagues set out to answer that question.

Their work has broad implications. As the average age of the world's population rises rapidly, understanding how and how well older adults make decisions is crucial because they are faced with an increasing number of important choices related to their retirement finances and health care. Furthermore, as new laws increase the minimum retirement age, people remain professionally active later in life, with older adults holding many key leadership roles. 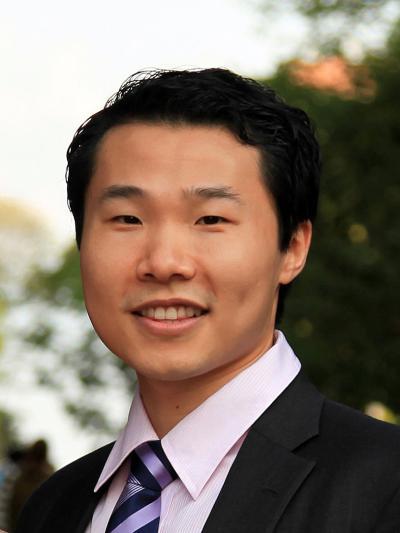 This is Ye Li, assistant professor of management at the University of California, Riverside.

To conduct their research, Li and his colleagues recruited a group of 336 people – 173 younger (ages 18 to 29) and 163 older (ages 60 to 82) – and asked them a series of questions that measured economic decision making traits. They also administered a battery of standard fluid and crystallized intelligence tests.

"The findings confirm our hypothesis that experience and acquired knowledge from a lifetime of decision making offset the declining ability to learn new information," Li said.

The findings also support the fact that older people could be further helped by being provided aids to ease the burden on their decreased fluid intelligence, such as a calculator or advisor, when making significant financial decisions, Li said. On the other hand, younger adults may benefit from more financial education so that they can gain experience with major financial decisions before making them in the real world.

Li and several of his colleagues who co-authored the Psychology and Aging paper are working on a follow-up project that asks adults ranging from 18 to 80 specific questions about decisions such as selecting a health care policy, when to start drawing Social Security and how to pay off multiple credit card balances.