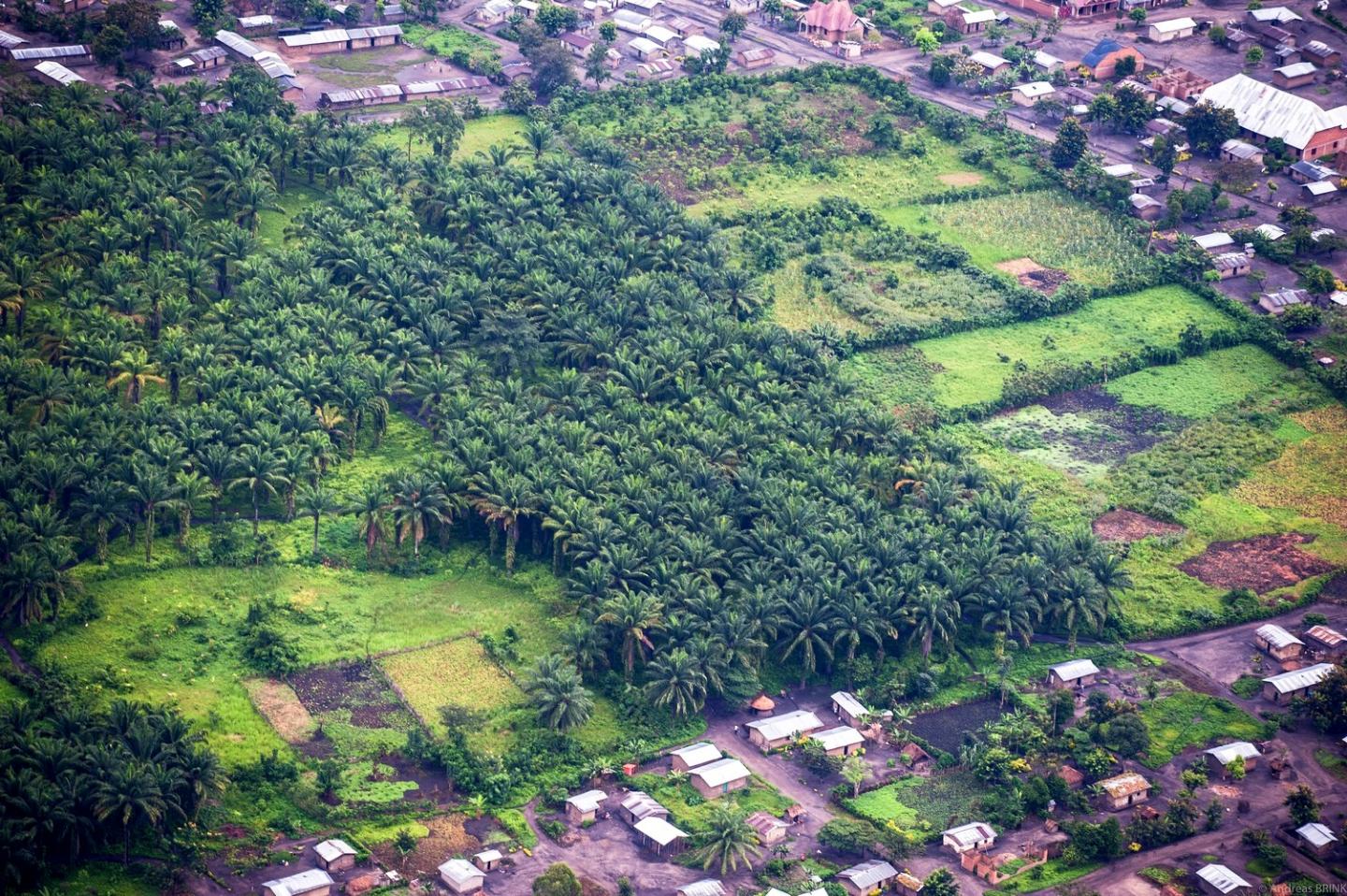 IMAGE: Palm oil plantation in the Democratic Republic of Congo

Continued growth in global demand for palm oil is expected to mean an expansion in oil palm plantations in Africa. The continent offers the low-lying tropical ecosystems oil palm prefers, hence an opportunity for States, businesses and local farmers to generate income. However, the lessons learned from Southeast Asia, where most oil palm plantations are located, prompted the international team to assess the potential impact on primates of an expansion in oil palm cultivation in Africa.

In the study, the researchers set out to identify 'areas of compromise' in which oil palm cultivation would be most productive while having little impact on primates. They concluded that such areas were rare across Africa, covering only 0.13 to 3.3 million hectares (Mha).

There are only 3.3 million hectares available with little impact on primates

In total, according to the study, 273 Mha of land could be planted with oil palm in Africa: 84 Mha with low yields, 139 Mha with average yields and just 50 Mha with high yields, in view of local soil and climate criteria and assuming crops are solely rain-fed with intermediate use of inputs. "If we combine these figures with the data on primate vulnerability, oil palm could only be grown with little impact on primates on 3.3 Mha. That figure drops to 0.13 Mha if we only consider high-potential land" , says Ghislain Vieilledent, CIRAD ecologist and co-author of the study. Those figures of 3.3 Mha and 0.13 Mha correspond to just 6.2% and 0.2% respectively of the demand for additional land by 2050, given that 53 Mha of additional land is forecast to be needed by then.

There may be mitigation strategies, but the impact remains high

"One potential mitigation strategy would be to identify alternative trajectories for agricultural expansion, using 'smart' criteria to minimize and and delay the loss of primate home range as much as possible," says Ghislain Vieilledent. The researchers compared two income-driven oil palm expansion scenarios and two conservation-driven scenarios. The income-driven scenarios would see the most productive and accessible land converted to oil palm cultivation first. In the conservation-driven scenarios, it is land with low carbon stocks and low primate vulnerability that would be converted first. The researchers showed that even in a scenario seeking to minimize the impact on primates, five species, on average, would lose 1 ha of habitat for every 1 ha of land converted to oil palm cultivation.

Levers to help mitigate the impact of oil palm cultivation

"Levers for the successful conservation of African biodiversity do exist," says Ghislain Vieilledent. "One way could be to increase yields in existing plantations by using high quality seed and adopting better agricultural practices." Initiatives such as the Round Table on Sustainable Palm Oil (RSPO) should also be supported, with a strengthening of the environmental component of this certification. Another possible solution lies in reducing future demand for palm oil in the northern hemisphere by raising consumer awareness and seeking alternatives to biodiesel. However, given the population growth expected across Africa over the next 30 years and the increased food consumption which will inevitably accompany it, the effects could be limited. There is already momentum for change and the researchers hope their findings will contribute to this.

Primates are a good indicator of biodiversity

The researchers focused on primates because they are a good indicator of overall biodiversity. "There is a correlation between primate diversity and the richness of species in other taxonomic groups. They play an important role in seed dispersal and in maintaining the composition of forest ecosystems," explains CIRAD ecologist Ghislain Vieilledent. Populations of many primate species are in decline: 37% of primate species in mainland Africa and 87% of species in Madagascar are under threat of extinction according to International Union for Conservation of Nature (IUCN) criteria. In this study, the distribution of 193 African primate species was taken into account (at a resolution of 10 x 10 km) along with their vulnerability (IUCN conservation status).