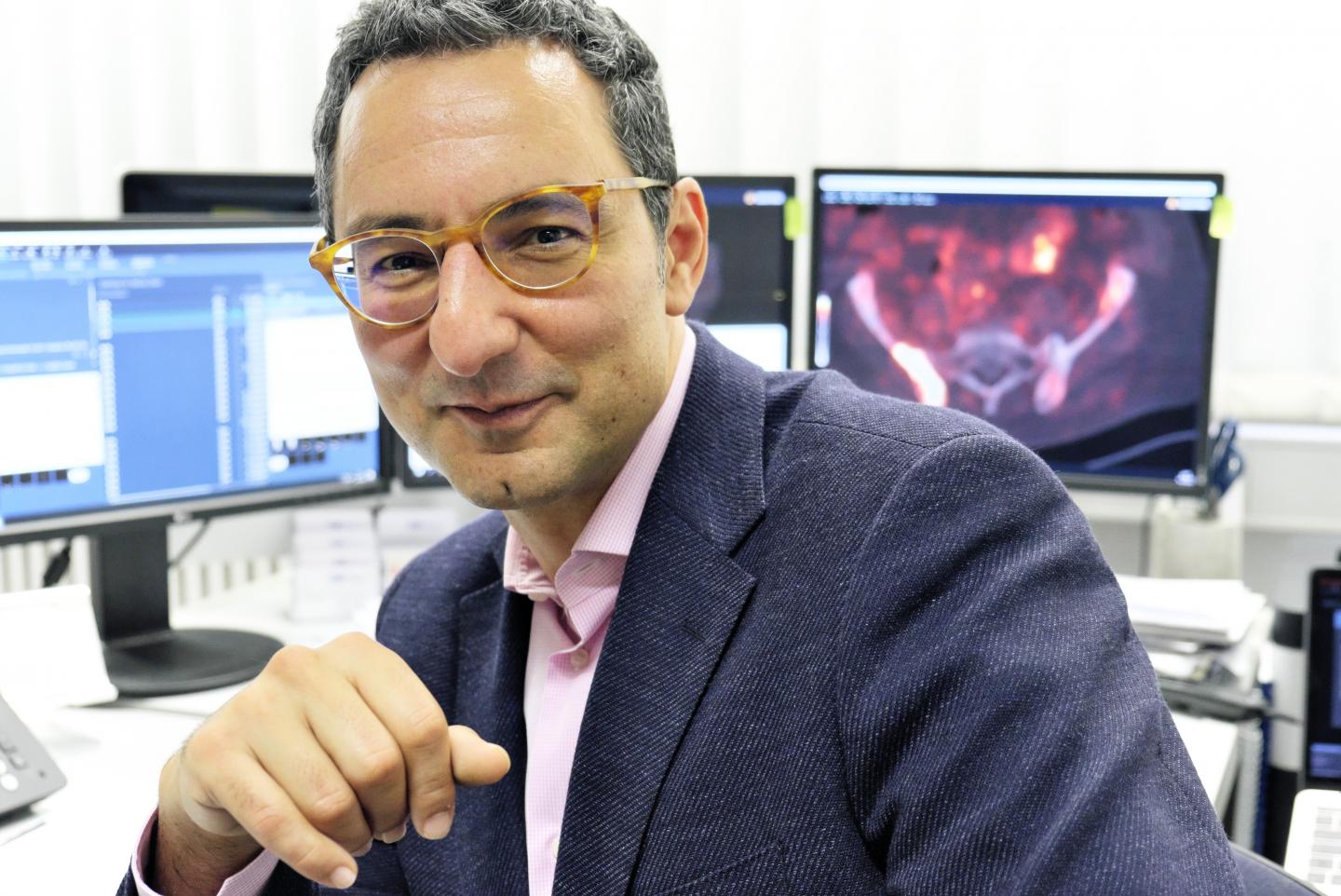 When a non-scientist tries to imagine a scientist, the image that often arises is one of a somewhat remote, rather idealistic genius sitting alone in their room or laboratory and somehow discovering the most amazing things without every having contact with the 'normal' world. But science is just as much a part of life as any other activity. So it's perhaps not all that surprising to learn that - just like in normal life - intuition can occasionally play a major role in scientific progress.

The importance of intuition was made very clear to Professor Samer Ezziddin and his team at the Department of Nuclear Medicine at Saarland University when they followed up on findings made during their medical research work into the treatment of patients with late-stage prostate cancer. The work centres around two receptors on the surface of the tumour. The first is known as prostate-specific membrane antigen (PSMA), a protein molecule that is very prevalent on the surface of prostate tumours. This surface receptor molecule acts as a gateway and provides a channel through which nuclear radiologists can smuggle radioactive substances into the tumour cells and thus destroy these malignant cells from the inside. The more PSMA molecules on the surface, the more radioactivity can be introduced into the cells without needing to increase the total dosage of radioactive substance being administered to the patient.

The second type of receptor is one that male sex hormones, such as testosterone, are able to dock onto. 'Prostate tumours need testosterone like a car needs petrol,' explains Professor Ezzidin. So one of the therapies used to treat prostate cancer involves blocking these receptor sites, which effectively stops the cancer from refuelling. 'One of the drugs used to block these receptors is enzalutamide and enzalutamide therapy is often very successful for a certain period of time, during which the tumour shrinks,' says Samer Ezzidin. 'But after a while - which might be several months, perhaps even two years if things go well - the drug stops working and the tumour starts to grow again.' Typically, the patient will then be taken off the expensive medication, as there would seem to be no reason to continue to administer it if it's no longer effective.

This is where the intuition of the Homburg research team comes to the fore. What may be of no use for one type of therapy (an ineffective drug) might turn out to be beneficial in another form of cancer therapy. 'We suspected, and later on we showed quite definitively, that the density of PSMA sites on the surface of the tumour cell increases when the adrogen receptor to which testosterone attaches is blocked,' says Ezzidin. The gut feeling within the research group, combined with the group's clinical observations, strongly suggested that this mechanism would still function in patients for whom the receptor-blocking drug (enzalutamide) was no longer itself therapeutically effective and was therefore no longer being prescribed.

The intuition of the medical research team proved to be spot on. 'We were able to prove that administering enzalutamide resulted in a significant increase in the PSMA density on the tumour surface, even though the drug was no longer effective in its original therapeutic sense and was no longer being prescribed for that purpose,' explains Samer Ezzidin. Despite the fact that only ten patients were involved the study, Professor Ezzidin believes that the results are compelling. 'After administering enzalutamide, we observed a significant increase in PSMA density on the tumour surface in all patients in the study. This allows us to introduce far more of the radioactive therapeutic agent into the tumour cells and thus irradiate them from the inside with irradiation paths that are down at the micrometre level,' says Ezzidin. As a result, PSMA radioligand therapy will be able to treat prostate tumours more efficiently and more selectively than has been possible in the past (see the following report for more details: https://www.eurekalert.org/pub_releases/2019-11/su-pcr112519.php).

'These findings now need to be subjected to further study and corroborated in a future research project,' explains Professor Ezzidin. 'But we wanted to publish our results as quickly as possible, as our findings may be of help to lots of patients. That's why we decided to first issue this short communication. I expect that even this small-scale study will lead to a drastic change in the therapy management regimens used when treating patients with advanced prostate cancer,' says Samer Ezzidin. And it's very likely that Professor Ezzidin's intuition will once again turn out to be right on the mark.