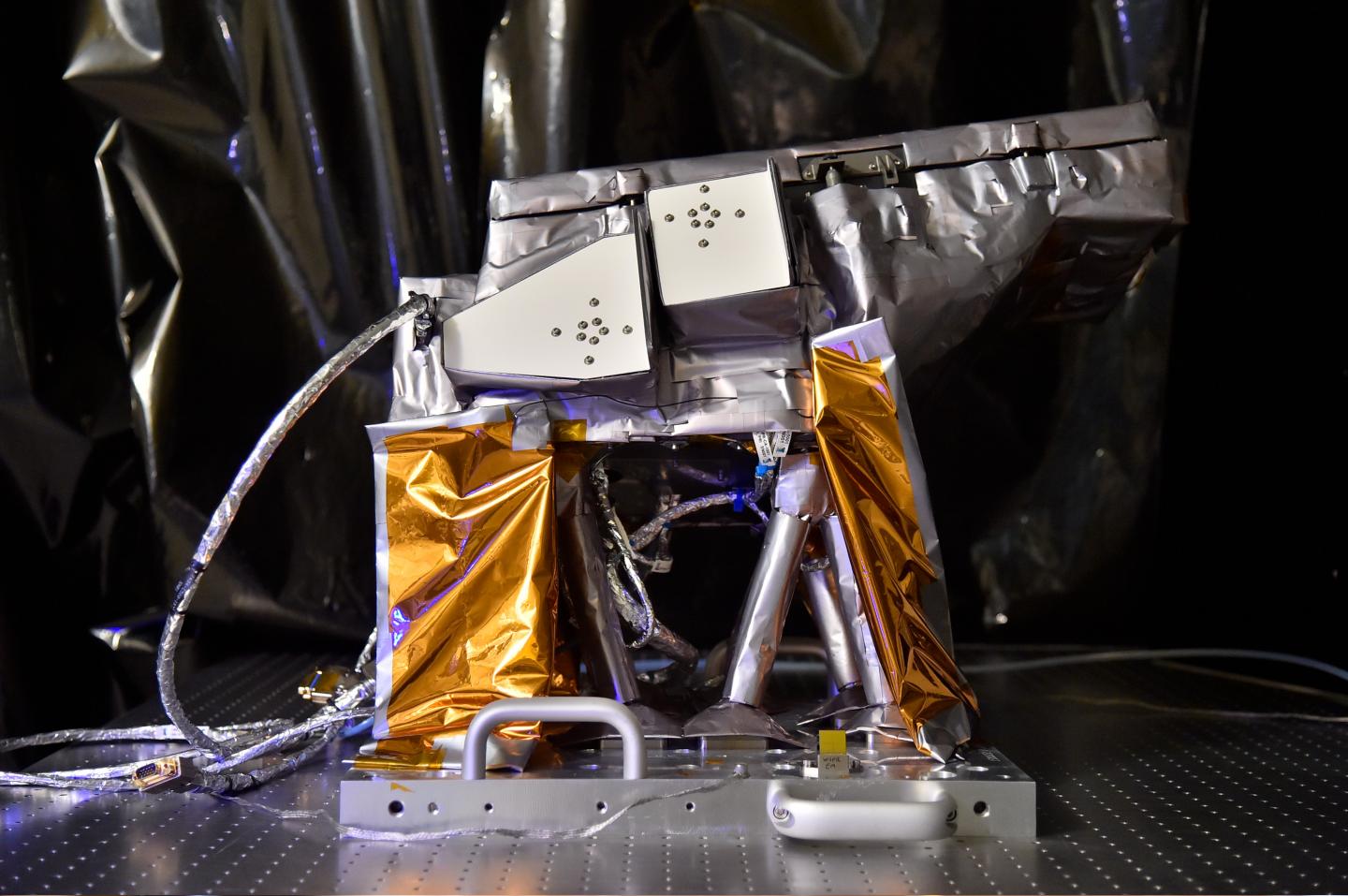 WASHINGTON - The U.S. Naval Research Laboratory's unique expertise in sun-viewing telescopes will be an integral part of the historic NASA Parker Solar Probe mission scheduled to launch Aug. 11 to better understand how the Sun affects our solar system.

The mission to "touch the Sun" is 60 years in the making and will bring a spacecraft carrying a suite of instruments the closest ever before to the Sun with NRL's Space Science Division's coronagraph telescopes called the Wide-Field Imager for Solar Probe, or WISPR, being the only imager.

WISPR is built with telescopes that create a solar eclipse type image by blocking the actual sun so its atmosphere, or corona, can be captured. These images show the Sun's emissions, including streamers, plumes, and the energetic coronal mass ejections that burst from the star.

According to Dr. Russell Howard, the NRL WISPR principal investigator, and a leading world authority on coronagraph telescopes, it's not just the pictures that are important - it's where that energy goes.

Understanding how the Sun's atmosphere then flows through the solar system, called space weather, is extremely important because it can have dramatic effects on communications, power and other essential technologies that the U.S. Navy fleet relies on, said Howard.

"What this mission is going to be able do is pin down exactly what the structure close to the sun is -- the overall structure. We'll be able to image that," said Howard. "But also, there's an experiment that will measure the strength of the magnetic fields, the electric fields - the structure of the plasma we're running through."

This imaging capability is building on 40 years of NASA mission success with NRL's coronagraph telescopes, starting with the seventh of NASA's Orbiting Solar Observatories launched in September 1971.

Since then, NRL telescopes have captured extraordinary images of the Sun's atmosphere, including two of the most recent missions: The European Space Agency/NASA Solar and Heliospheric Observatory (SOHO) mission [11] in 1995 and the NASA STEREO mission launched in 2006.

For Howard, who has personally worked on nearly all NRL coronagraph telescope launches, the Parker Solar Probe will be a culmination of decades of work. While the previous NRL telescopes are on spacecraft either on lower Earth orbit or just outside of Earth's orbit, they are still getting fuzzy views of the Sun.

With the closeness of the Parker Solar Probe to the Sun, WISPR will be capturing images with clarity like never before, he said, because those images actually pick up nearly at the same point where the other telescopes loose resolution.

"What we're going to achieve is just absolutely amazing. Stay tuned - we're going to see stuff that we just never would have imagined, I'm sure," said Howard.