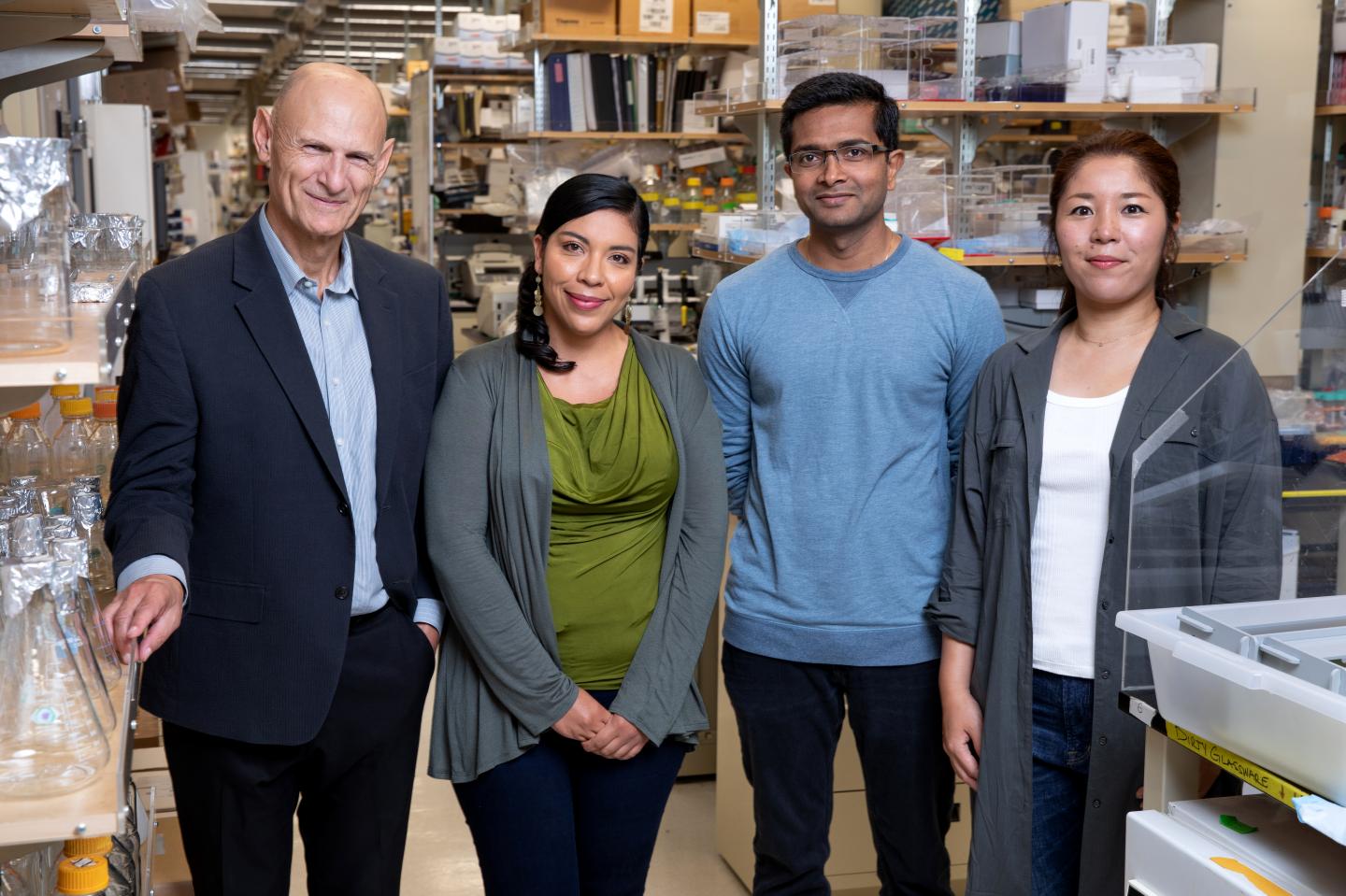 LA JOLLA--(August 23, 2019) The ability to edit genes in living organisms offers the opportunity to treat a plethora of inherited diseases. However, many types of gene-editing tools are unable to target critical areas of DNA, and creating such a technology has been difficult as living tissue contains diverse types of cells.

Now, Salk Institute researchers have developed a new tool--dubbed SATI--to edit the mouse genome, enabling the team to target a broad range of mutations and cell types. The new genome-editing technology, described in Cell Research on August 23, 2019, could be expanded for use in a broad range of gene mutation conditions such as Huntington's disease and the rare premature aging syndrome, progeria.

"This study has shown that SATI is a powerful tool for genome editing," says Juan Carlos Izpisua Belmonte, a professor in Salk's Gene Expression Laboratory and senior author of the paper. "It could prove instrumental in developing effective strategies for target-gene replacement of many different types of mutations, and opens the door for using genome-editing tools to possibly cure a broad range of genetic diseases."

Techniques that modify DNA--notably the CRISPR-Cas9 system--have generally been most effective in dividing cells, such as those in the skin or the gut, using the cells' normal DNA repair mechanisms. The Izpisua Belmonte lab previously showed that their CRISPR/Cas9-based gene-editing technology, called HITI (for homology-independent targeted integration), could target both dividing and non-dividing cells. Protein-coding regions function like recipes for making proteins, while areas called non-coding regions act as chefs deciding how much food to make. These non-coding regions make up the vast majority of DNA (~98%) and regulate many cellular functions including turning genes off and on, so could be a valuable target for future gene therapies.

"We sought to create a versatile tool to target these non-coding regions of the DNA, which would not affect the function of the gene, and enable the targeting of a broad range of mutations and cell types," says Mako Yamamoto, co-first author on the paper and a postdoctoral fellow in the Izpisua Belmonte lab. "As a proof-of-concept, we focused on a mouse model of premature aging caused by a mutation that is difficult to repair using existing genome-editing tools."

The new gene knock-in method, which the scientists call SATI (short for intercellular linearized Single homology Arm donor mediated intron-Targeting Integration) is an advancement of the previous HITI method to enable it to target additional areas of the genome. SATI works by inserting a normal copy of the problematic gene into the non-coding region of the DNA before the mutation site. This new gene then becomes integrated into the genome alongside the old gene via one of several DNA repair pathways, relieving the organism of the detrimental effects of the original, mutated gene, without risking damage associated with fully replacing it.

The scientists tested the SATI technology in living mice with progeria, which is caused by a mutation in the LMNA gene. Both humans and mice with progeria show signs of premature aging, cardiac dysfunction and dramatically shortened life span due to the accumulation of a protein called progerin. By using SATI, a normal copy of LMNA gene was inserted in the progeria mice. The researchers were able to observe diminished features of aging in several tissues including the skin and spleen, along with an extension of life span (45% increase compared to untreated progeria mice). A similar extension of life span, when translated to humans, would be more than a decade. Thus, the SATI system represents the first in vivo gene correction technology that can target non-coding regions of DNA in multiple tissue types.

Next, the team aims to improve the efficiency of SATI by increasing the number of cells that incorporate the new DNA.

"Specifically, we will investigate the details of the cellular systems involved in DNA repair to refine the SATI technology even further for better DNA correction," says Reyna Hernandez-Benitez, co-first author on the paper and a postdoctoral fellow in the Izpisua Belmonte lab.