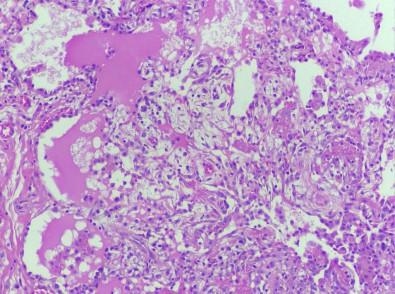 Researchers affiliated with the Center for Cell-Based Therapy (CTC) in Ribeirão Preto, Brazil, have identified for the first time a non-hereditary mutation in blood cells from a patient with GATA2 deficiency, a rare autosomal disease caused by inherited mutations in the gene that encodes GATA-binding protein 2 (GATA2). GATA2 regulates the expression of many genes that play a key role in developmental processes and cell renewal.

The researchers believe the non-hereditary (somatic) mutation may have acted as a kind of natural gene therapy, preventing the disease from damaging the process of blood cell renewal (hematopoiesis), so that the patient did not develop such typical clinical manifestations as bone marrow failure, hearing loss and lymphedema (blockage of the lymphatic system).

An article on the study is published in the journal Blood, featuring on the cover and with an editorial commentary.

The findings pave the way for the use of gene therapy and changes in genetic counseling for families with the hereditary disorder. "When a germline [inherited] mutation in GATA2 is detected, the patient's family has to be investigated because there may be silent cases," Luiz Fernando Bazzo Catto, first author of the article, told Agência FAPESP.

CTC is a Research, Innovation and Dissemination Center (RIDC) funded by FAPESP and hosted by the University of São Paulo's Ribeirão Preto Medical School (FMRP-USP), where Catto is a PhD candidate. His thesis advisor is Professor Rodrigo Calado, corresponding author of the article and a member of CTC.

The patient was identified when his two sons were undergoing medical treatment at the blood center of the hospital run by FMRP-USP. One of the siblings was diagnosed with moderate aplastic anemia (a bone marrow disorder in which the body stops producing enough new blood cells) and psoriatic arthritis. His low red blood cell count and immune cell deficiency worsened over the following five years and he died aged 27 from a lung infection. Post-mortem DNA sequencing confirmed his germline mutation and GATA2 deficiency diagnosis.

His brother began treatment at the hospital aged 25, with a history of recurrent lung infections, hypothyroidism, deep-vein thrombosis and deafness. Sequencing of his leukocytes and skin fibroblasts also confirmed an identical germline mutation.

To find out from which parent the brothers inherited the mutation, the researchers sequenced the mother's and father's DNA. The mother did not have the mutation. The 61-year-old father had exactly the same mutation as his sons in sperm and skin fibroblasts. He was asymptomatic, and his blood count and lymphocytes were within the normal range.

"This discovery raised the question whether the father transmitted the mutation or acquired it but didn't pass it on to his sons," Catto said.

In search of an answer, the researchers used next-generation sequencing to estimate the proportion of normal blood cells in the father's bone marrow, preventing clinical manifestations of GATA2 deficiency, and of cells similar to his children's.

The results showed that 93% of his leukocytes had the somatic mutation that confers protection from the clinical manifestations of GATA2 deficiency. The remaining 7% carried the mutation associated with the disorder. "This 7% were a remnant of the original clone," Catto said.

To see if the father's blood cells could maintain the activity for a long time, they measured the telomeres of his peripheral blood leukocytes. Telomeres are repetitive sequences of non-coding DNA at the tip of chromosomes that protect them from damage. Each time cells divide, their telomeres become shorter. They eventually become so short that division is no longer possible, and the cells die or become senescent.

The telomeres analyzed by the researchers were long. "This indicates that these blood cells can remain active for a long time," Catto said.

A hypothesis formulated in the article is that the existence of the somatic mutation in the father's blood cells, and its restoration of the blood cell renewal process, may have contributed to the non-manifestation of extra-hematological symptoms of GATA2 deficiency such as deafness, lymphedema, and thrombosis. Early hematopoietic recovery in patients with the disease, via a bone marrow transplant or in future via gene therapy, could be beneficial and avoid other clinical complications, the authors suggest in the article on the study.

"A sort of natural gene therapy occurred in this patient," Calado said. "It's as if he embodied an experiment and a medium-term prospect of analogous gene therapy treatment in patients with GATA2 deficiency."

Besides contributing to an advance in treatment of the disease and genetic counseling, the study also provides new knowledge about the biology of hematopoietic stem cells. "The findings help us understand better how stem cells can recover by repairing an initial genetic defect," Calado said.