How gamers get good

Data from online video games has been used to study what kinds of practice and habits help people acquire skill. Basically, what does it take to get good? 10,000 hours? Nope, not even close. But there are reasons why some people are great in The Division and you die in the Dark Zone within seconds after meeting another player. Basically, they learned shortcuts and before they ever met you, they warmed up.

In a pair of studies, researchers looked at data generated from thousands of online matches of two video games, the first-person shooter game Halo: Reach and the strategy game StarCraft 2. The Halo study revealed how different patterns of play resulted in different rates of skill development in players. The StarCraft study showed how elite players have unique and consistent rituals that appear to contribute to their success. Using game data makes sense. It's natural, there is so much of it and because the private sector relies on people wanting to play the games they create, it is incredibly well-measured, much better than surveys about behavior.

Halo: Reach is a science fiction war game in which players battle with rifles, grenades and other weapons (part of a wildly popular series of Halo games). One of the most popular ways to play is known as Team Slayer, where online players from are placed together on teams for 10- to 15-minute matches to see which team can score the most kills against an opposing team. In order to arrange matches in which players have roughly similar skill levels, the game rates players using a metric called TrueSkill. TrueSkill ratings are constantly updated as players play more matches and their skill level changes, so they offered Huang and his colleagues the opportunity to see what kinds of playing habits influence a player’s skill acquisition. 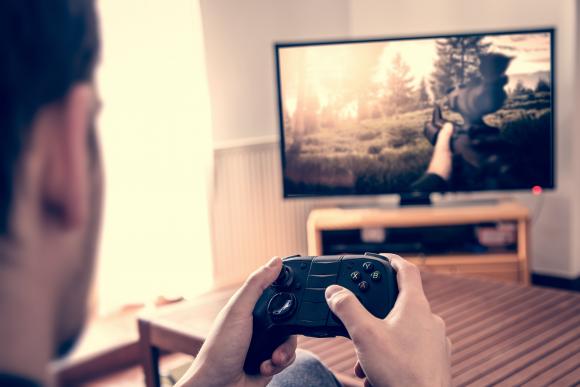 Jeff Huang, a computer science professor at Brown and the study’s lead author, and his colleagues looked at data generated by seven months of Halo matches —every online match played by the 3.2 million people who started playing the week the game was released in 2010.

Perhaps unsurprisingly, the research showed that people who played the most matches per week (more than 64) had the largest increase in skill over time. But playing lots of games wasn’t the most efficient way to improve skill. Looking at the data another way — in terms of which groups showed the most improvement per match rather an over time — showed markedly different results. That analysis showed that, over their first 200 matches, those who played four to eight matches week gained the most skill per match, followed by those who played eight to 16 matches.

“What this suggests is that if you want to improve the most efficiently, it’s not about playing the most matches per week,” Huang said. “You actually want to space out your activity a little bit and not play so intensively.”

But breaks in activity shouldn’t be too long. The researchers also looked specifically at how breaks in play affect a player’s skill. Short breaks — one or two days — were no big deal, the study found. Players gained back lost skill over the course of the next match they played. But longer breaks were shown to have longer-term effects. After a 30-day break, for example, players took around 10 matches to get back the skill level they had before the break.

The lesson from the study, Huang says, seems to be that moderation is a good thing in terms of learning efficiency, as long as breaks in play aren’t too long.

The second study focused on the strategy game StarCraft 2. Like other strategy games, StarCraft requires players to actively manage hundreds of game units at the same time. Players must build bases and other infrastructure, manage economies, train soldiers and direct them in combat. Looking at data from hundreds of StarCraft matches, the study compared the habits of elite players with those of lesser skill.

The study showed that one major difference between more skilled and less skilled players was the effective use of “hotkeys” — customized keyboard shortcuts that enable commands to be given quickly to unit groups. Less skilled players used hotkeys less, opting instead to point and click commands to individual units with a mouse. But all elite players made copious use of hotkeys, using them to issue up to 200 actions per minute during a typical match.

But the important thing wasn’t just the fact that elite players use the hotkeys more, it’s that they form unique and consistent habits in how they use them. Those habits were so unique and consistent, in fact, that the researchers were able to identify specific players with more than 90 percent accuracy just by looking at their hotkey patterns. It’s likely, the researchers say, that those habits become almost second nature, enabling players to keep cool and issue commands when the pressure of the game ratchets up.

The study also showed that elite players seem to “warm up” their hotkey use. Even in the very early stages of a match, when there are fewer units in play and fewer things happening in the game, elite players still scrolled rapidly through their hotkeys, often issuing meaningless dummy commands to various units.

Beyond simply learning about what makes gamers good, Huang hopes the work will shed light more generally on the ways in which people can optimize their performance in other domains. For instance, perhaps warming up like StarCraft players do would be helpful for people who have jobs that require paying attention to lots of different things at once.

“Air traffic controllers come to mind,” Huang said. “Maybe when someone first gets in the seat, they should take a few moments and re-enact what they do until they can get warmed up and in the zone.”

The results of the Halo study echo the findings of other cognitive science work, Huang says, in suggesting that moderate activity with short breaks could be a good thing.

“People have seen this for other things, like studying,” Huang said. “Cramming is generally regarded as less efficient than doing smaller bits of studying throughout the semester. I think we’re seeing something similar here in our study.”

Taken together, the researchers write, the message from these studies seems to be, “practice consistently, stay warm.”