Consumption vortex and the terrifying mathematics of the Anthropocene

Here are some surprising facts about humans’ effect on planet Earth. We have made enough concrete to create an exact replica of Earth 2mm thick. We have produced enough plastic to wrap Earth in clingfilm. We are creating “technofossils”, a new term for congealed human-made materials – plastics and concretes – that will be around for tens of millions of years.

But it is the scale that humans have altered Earth’s life support system that is the most concerning.

In 2000, Nobel laureate Paul Crutzen and Eugene Stoermer proposed that human impact on the atmosphere, the oceans, the land and ice sheets had reached such a scale that it had pushed Earth into a new epoch. They called it the Anthropocene and argued the current Holocene epoch was over.

The Holocene began 11,700 years ago as we emerged from a deep ice age. Over the past 10,000 years, the defining feature of the Holocene has been a remarkably stable Earth system. This stability has allowed us to develop agriculture and hence villages, towns and eventually cities – human civilisation.

We use pretty powerful rhetoric to describe the Anthropocene and current human impact. As The Economist stated in 2011, humanity has “become a force of nature reshaping the planet on a geological scale”. We are like an asteroid strike. We have the impact of an ice age.

But what does this really mean? Does it mean, for example, that we are having as big an impact as these natural forces are having right now, or is it, somehow, more profound? 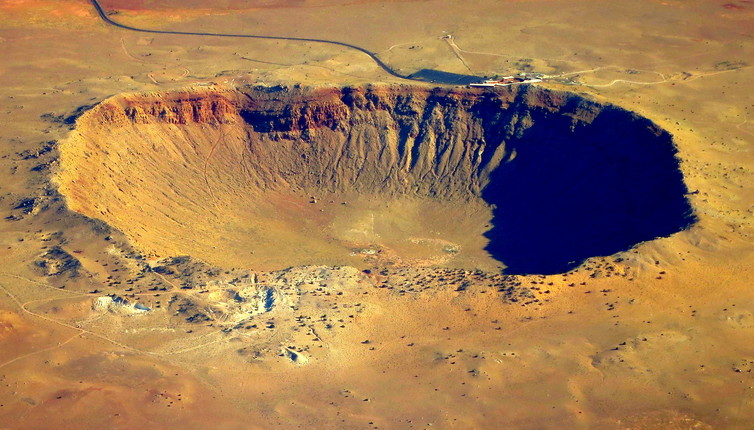 The maths of the Anthropocene

In our recent study, we wanted to find the simplest way to mathematically describe the Anthropocene and articulate the difference between how the planet once functioned and how it now functions.

Life on Earth, the chemical and physical composition of the atmosphere and oceans, and the size of the ice sheets have changed over time because of slight alterations to Earth’s orbit around the sun, changes to the sun’s energy output or major asteroid impacts like the one that killed the dinosaurs. They can also change due to geophysical forces: continents collide, cutting off ocean currents so heat is distributed in a new way, upsetting climate and biodiversity.

They also shift due to sheer internal dynamics of the system – new life evolves to drive great planetary shifts, such as the Great Oxidation Event around 2.5 billion years ago when newly evolved cyanobacteria began emitting the deadly poison oxygen that killed all simple life forms it came in touch with. Life had to evolve to tolerate oxygen.

Taking as our starting point a 1999 article by Earth system scientist Hans Joachim Schellnhuber, we can say the rate of change of the Earth system (E) has been driven by three things: astronomical forcings such as those from the sun or asteroids; geophysical forcing, for example changing currents; and internal dynamics, such as the evolution of cyanobacteria. Let’s call them A, G and I.

It reads: the rate of change of the Earth system (dE/dt) is a function of astronomical and geophysical forcings and internal dynamics. It is a very simple statement about the main drivers of the system.

This equation has been true for four billion years, since the first life evolved. In his article, Schellnhuber argued that people must be added into this mix, but his theory came before the full impact of humanity had been assessed. In the past few decades, this equation has been radically altered.

We are losing biodiversity at rates tens to hundreds of times faster than natural rates. Indeed, we are approaching mass extinction rates. There have been five mass extinctions in the history of life on Earth. The last killed the non-avian dinosaurs 66 million years ago, now humans are causing the sixth.

The rate we are emitting carbon dioxide might be at an all time high since that time too. Global temperatures are rising at a rate 170 times faster than the Holocene baseline. The global nitrogen cycle is undergoing its largest and most rapid change in possibly 2.5 billion years.

In fact, the rate of change of the Earth system under human influence in the past four decades is so significant we can now show that the equation has become:

H stands for humanity. In the Anthropocene Equation, the rate of change of the Earth system is a function of humanity.

A, G and I are now approaching zero relative to the other big force – us – they have become essentially negligible. We are now the dominant influence on the stability and resilience of the planet we call home.

This is worth a little reflection. For four billion years, the Earth system changed under the influence of tremendous solar-system wide forces of nature. Now this no longer holds. Heavenly bodies of course still exert some force; so does the ground beneath our feet. But the rates at which these forces operate are now negligible compared with the rate at which we are changing the Earth system. In the 1950s or 1960s, our own impact rivalled the great forces of nature. Now it usurps them entirely.

This should come as a shock not only to environmentalists but to everyone on Earth. But our conclusion is arguably a modest addition to the canon of academic literature. The scale and rate of change has already been well established by Earth system scientists over the past two decades.

The drama is heightened when we consider that for much of Earth’s history the planet has been either very hot – a greenhouse world – or very cold – an icehouse world. These appear to be the deeply stable states lasting millions of years and resistant to even quite major shoves from astronomical or geophysical forces.

But the past 2.5 million years have been uncharacteristically unstable, periodically flickering from cold to a gentle warmth.

So, who do we mean when we talk of H? Some will argue that we cannot treat humanity as one homogenous whole. We agree.

While all of humanity is now in the Anthropocene, we are not all in it in the same way. Industrialised societies are the reason we have arrived at this place, not Inuits in northern Canada or smallholder farmers in sub-Saharan Africa.

Scientific and technological innovations and economic policies promoting growth at all costs have created a consumption and production vortex on a collision course with the Earth system.

Others may say that natural forces are too important to ignore; for example, the El Niño weather system periodically changes patterns globally and causes Earth to warm for a year or so, and the tides generate more energy than all of humanity. But a warm El Niño is balanced by a cool La Niña. The tides and other great forces of nature are powerful but stable. Overall, they do not affect the rate of change of the Earth system.

Now, only a truly catastrophic volcanic eruption or direct asteroid hit could match us for impact.

So, can the Anthropocene equation be solved? The current rate of change must return to around zero as soon as possible. It cannot continue indefinitely. Either humanity puts on the brakes or it would seem unlikely a global civilisation will continue to function on a destabilised planet. The choice is ours.