With new national anti-bullying ads urging parents to teach their kids to speak up if they witness bullying, one researcher has found that in humans' evolutionary past at least, helping the victim of a bully hastened our species' movement toward a more egalitarian society.

Humans have evolved a genetically-controlled drive to help weaker individuals fight back against a bully. The drive to help the weaker group members led to a dramatic reduction in group inequality and eventually enabled humans to develop widespread cooperation, empathy, compassion and egalitarian moral values, according to the paper which appears today in the Proceedings of the National Academy of Sciences.

The findings appear to support prior research showing that more egalitarian societies, such as in Scandinavian countries, appear to keep bullying in check. In one of the earliest cross-national studies on bullying in schools by professor Dan Olweus, who pioneered anti-bullying programs worldwide beginning in the early 1980s, the behavior was found to occur at lower rates in Denmark, Sweden and Norway. These findings are supported by additional, more recent studies by the National Institutes of Health and the World Health Organization. 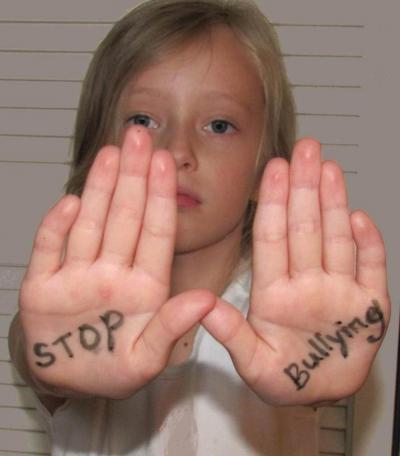 In humans' evolutionary past, helping the victim of a bully hastened our species' movement toward a more egalitarian society, a researcher finds.

"Based on the results, helping the victim then is the evolutionary 'right' thing to do, not only from a victim's point of view or a societal point of view but also the helper's point of view. As such, I'd speculate that this is also a psychologically rewarding thing to do in spite of the risks potentially involved," said Gavrilets, who is the Associate Director for Scientific Activities at the National Institute for Mathematical and Biological Synthesis and a professor at the University of Tennessee-Knoxville.

With almost one in five U.S. students reporting having been bullied sometimes or more often and a recent spate of teen suicides linked to bullying, the Obama administration has vowed to make anti-bullying a national priority and has endorsed the national ad campaign.