Looking forward in science often requires looking back, evaluating trends to extrapolate future outcomes. A classic case is Moore's Law, which predicts that the density of components on an integrated circuit will double every 24 months. The estimate has helped guide many developments in the computer industry.

In a new study, Rolf Halden, PhD, a researcher at Arizona State University's Biodesign Institute, examines the trajectory of chemicals appearing as emergent threats to human or environmental health.

Halden's meta-analysis of 143,000 peer-reviewed research papers tracks the progress of these chemicals of emerging concern or CECs, revealing patters of emergence from obscurity to peak concern and eventual decline, over a span of 30 years.

The study reveals that around 14 years typically elapse from the onset of initial safety concerns about a given chemical to the height of concern and appropriate action. This extended timeline implies protracted exposure to CECs for a large number of people.

The research results appear in the current issue of the Journal of Hazardous Materials.

"To better protect human health and the environment, it is desirable to decrease both the number of CECs entering commerce and the time required to take action," says the study's author.

Halden is the director of Biodesign's Center for Environmental Security, whose primary focus is "to protect human health and critical ecosystems by detecting, minimizing and ultimately eliminating harmful chemical and biological agents through early detection and engineering interventions."

In past research, his group has evaluated a broad range of common chemicals and assessed their human and environmental impact, including antimicrobial chemicals in personal care products, plastics (and chemicals involved in their fabrication), tobacco, brominated flame retardants and fluorinated synthetic chemicals on prenatal and postnatal health.

Modern society has grown to depend on an ever-growing welter of chemicals. So many are produced and used each year, that preliminary safety testing for human and environmental effects is often inadequate. Unsurprisingly, some of these chemicals return to cause problems, in some cases, severe. 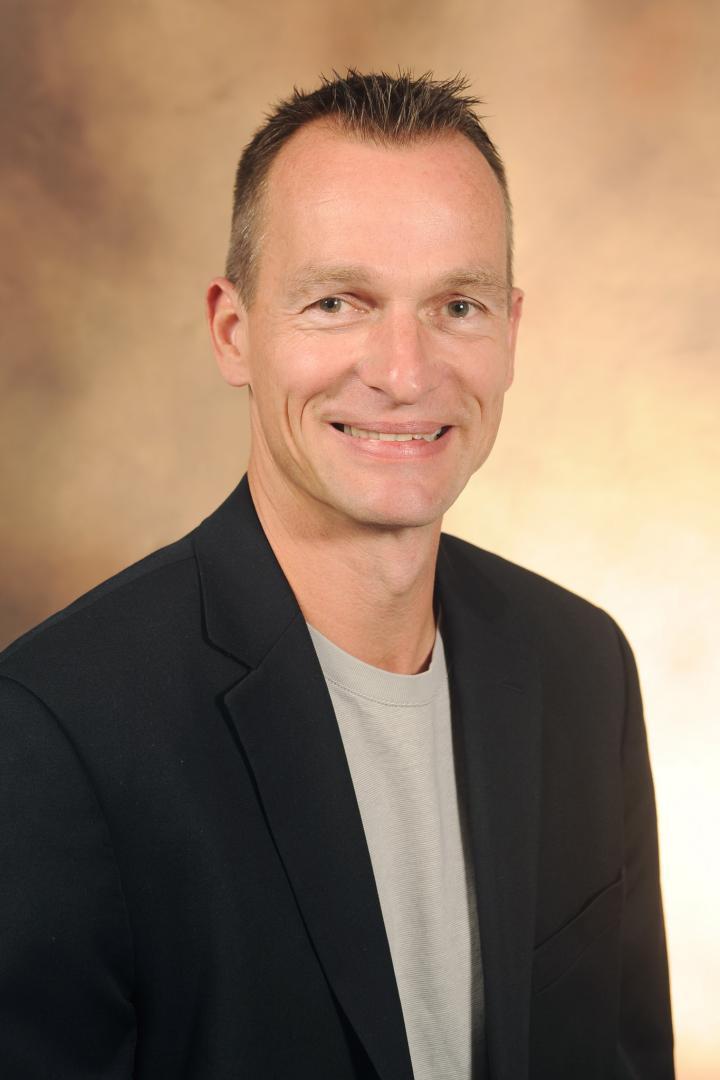 Rolf Halden is the director of ASU's Center for Environmental Security, a joint center supported by the Biodesign Institute and the Security and Defense Systems Initiative. Halden is also a professor in n the Ira A. Fulton Schools of Engineering, School of Sustainable Engineering and the Built Environment and Senior Sustainability Scientist, Global Institute of Sustainability.

Global industrialization has placed unprecedented stresses on the environment, with a corresponding impact on human health. Worldwide, at least one quarter of all human diseases are believed to have an environmental component and CECs represent an important factor contributing to environmentally related disease etiology. More than 40,000 harmful substances are currently ranked as CECs and around six new compounds of CEC potential are being added to the world's chemical inventory each day.

While many CECs are used for industrial applications, others (particularly the antimicrobials triclosan and triclocarban) find their way into an array of household products including plastic items, toys and articles of clothing.

The findings reveal that many harmful environmental agents show a common pattern of emergence, rising to a level of peak concern and declining to a baseline level. This fact permits the analysis of prior CEC trends as well as the forecasting of future concern.

Typically, 14.1 ± 3.6 years elapse from a particular chemical's emergence from obscurity to the height of concern about its effects. Subsequently, subsidence to a new base level of concern would follow after 14.5 ± 4.5 years. The study further notes that some chemicals may emerge repeatedly, for example DDT and TCAA.

The new research identifies multiple potential stages a CEC chemical may pass through, as its harmful properties become known to the public and within the scientific community:

The meta-analysis of peer-reviewed literature considers literature published from more than six decades, starting in the 1950s. The published papers appeared in the Chemical Abstracts Service (CAS) database of the American Chemical Society and were extracted using SciFinder Web software. As Halden's hypothesis predicted, publication activity regarding given chemicals rises and falls over time, displaying a quantifiable trend. The data also confirm that a chemical may indeed arise more than once.

The research suggests that the rise and fall in concern for CECs of recent interest may be forecast based on the historic data derived from other CECs. For example, rising concern over the safety of nanomaterials is expected to peak no later than 2016, while microplastics (which only began to raise an alarm in 2008), likely will elicit peak concern in 2022, if current trends continue.

Both voluntary abstinence from CECs and regulatory efforts are cited as contributing to the decline in appearance of CECs in the literature over time. Other factors influencing CEC publishing activity include more accurate means of detection, shifts in scientific understanding, new manufacturing techniques that provide viable alternatives to CEC use and publicity efforts driving the public toward or away from particular chemicals. The paper notes a dramatic case of the latter, in the public's use of antimicrobial products, including the CEC chemicals triclosan and triclocarban, following vigorous advertising campaigns.

As Halden notes, consumer use of antimicrobial products rose from a few dozen to more than 2000 in the span of 20 years. An increasing preoccupation with the human and environmental safety of these chemicals has prompted a sharp rise in the number of papers investigating their impact.

The study provides an important first step in forecasting the timelines for potentially harmful chemicals to emerge and receive appropriate attention. Halden hopes the data will inform future efforts to safeguard human and environmental health. Areas for improvement include shortening the duration between CEC emergence and maximum concern and developing new chemical and engineering methods designed to obviate the need for high impact CEC chemicals, posing a threat to human and environmental wellbeing.

"My hope is that the 'law of pollutant emergence' uncovered here will not endure for another 60 years. Green chemistry – the design of inherently safe chemicals – points the way to a future of fewer risks and a healthier planet," says Halden. "It's a goal too important to lose track of."