The species discovered all belong to the genus Sphaeromimus, which is Latin for 'small ball animal'. However, the designation 'small' is not always true for the members of the genus as one of the newly discovered species surprises with a size larger than a ping-pong ball. Another special characteristic of the genus is that its species have the largest chirping organs of any millipede, which are most probably used during mating.

Despite sometimes sharing a habitat with Madagascar's 'large' pill-millipedes, which can reach the size of a baseball, the new species are more closely related to millipedes found in India than their Malagasy neighbours. This relationship dates back more than 80 million years to at least as early as the Cretaceous period, when dinosaurs walked the Earth and India and Madagascar were connected. 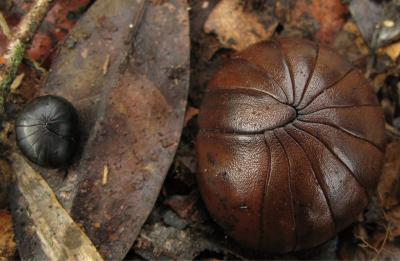 One of the new species Sphaeromimus andrahomana offers clues to Madagascar's ecosystems thousands of years ago. Although the species was found in a cave in Madagascar's southern dry spiny forest region, genetically, it is a rainforest taxon. The lemur skeletons found inside the same cave are also evidence that a rainforest existed in the now desert-like area until 3000-5000 years ago. The species, sheltered by the humid cave, is probably a living witness to this ancient rainforest.

The discovery is particularly exciting as some of species are microendemics, meaning they are only found in one tiny forest fragment, a few hundred meters long and wide.

S. lavasoa, for example, is restricted to the Lavasoa Mountain, which is covered by an isolated, slightly larger than 100 hectare, rainforest remnant, which is famous for the recent discovery of a large scorpion as well as a dwarf lemur species. This discovery further highlights the importance of the area as a Center of Endemism. 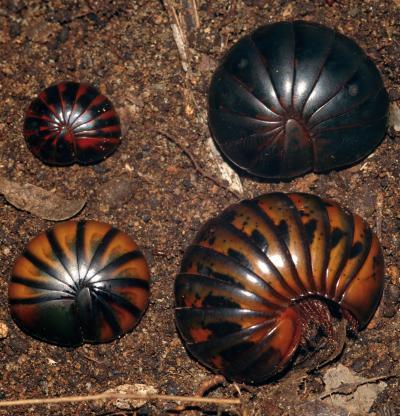 Another new species (S. saintelucei) is probably the most endangered millipede on Madagascar. It was found in a fragment of the Sainte Luce littoral rainforest characterized by its laterite soil that is now so small that no lemur or other large vertebrate species can survive in it.

The nearby Sainte Luce forest fragment with sandy ground harbours a different species (S. splendidus) also believed to be a microendemic. "Despite their close proximity, both species are not even closely related. Both the fragments where they were found are currently threatened by a huge, billion-dollar titanium ore strip mining project. Although there are intentions to designate and manage conservation zones, the plan is to protect only one large fragment may result in the extinction of some of the species if additional conservation measures aren't undertaken." explains the lead author Dr. Thomas Wesener from the Research Museum Alexander Koenig in Bonn, Germany. 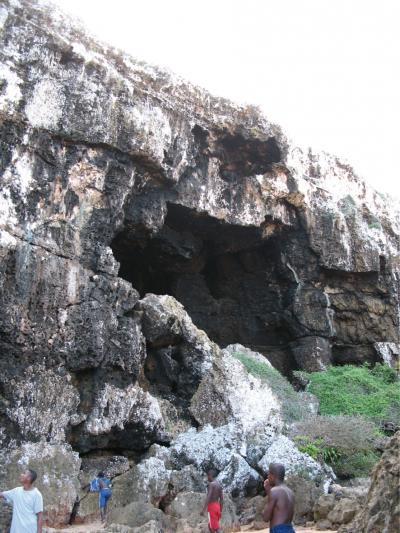 This is the entrance to the Cave Grotte d'Andrahomana -- a famous fossil site and habitat of a new species of giant pill-millipede (Sphaeromimus andrahomana).