COLUMBIA, Mo. ― Researchers from the University of Missouri School of Medicine have found a more accurate method to screen for bacterial meningococcal infection in its early stages, when it's hardest to detect. According to the researchers, the method for diagnosis could save lives by getting patients treatment earlier, when the infection is most treatable.

While meningococcal infection is relatively rare, affecting approximately 2,500 people per year in the United States, it is a devastating disease. It kills seven to 15 percent of those who acquire the infection, and often causes permanent complications for survivors, such as brain damage and hearing loss. Many patients also require amputation of limbs because the disease can cause severe tissue damage to extremities.

Immediate treatment is important in meningococcal infection because it usually progresses rapidly within eight to twelve hours. Some patients may die within as little as 12 to 24 hours after onset of symptoms, which can include a sudden high fever, severe headache, neck stiffness and mental confusion. About half of patients with the infection have a rash.

"When we talk about early diagnosis, we're not talking about days, but rather hours and even minutes," said Michael Cooperstock, M.D., professor of child health in the Division of Pediatric Infectious Diseases at the MU School of Medicine, medical director of infection control at University of Missouri Health Care and senior author of the study. 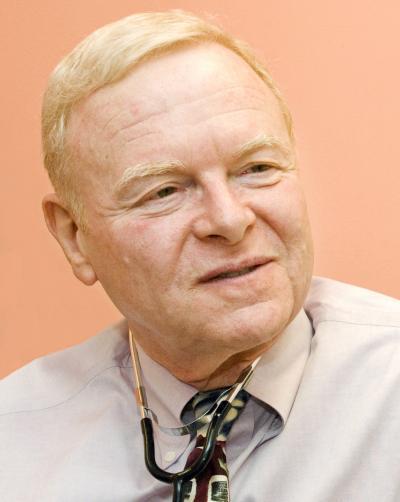 Cooperstock is the senior author of the study "Altered Neutrophil Counts at Diagnosis of Invasive Meningococcal Infection in Children." The study was published in the Oct. 2013 edition of The Pediatric Infectious Disease Journal.

"When we looked at the neutrophil counts of each patient, we examined not only the total number of neutrophils, but also the number of immature neutrophils and the ratio of immature to total neutrophil cells," Cooperstock said. "We found that 94 percent of the patients showed an abnormality of one or more of these three tests, indicating a serious infection might be present. Reliance on the total white blood cell count alone, however, would have given false reassurance that infection was not present in more than 30 percent of those cases."

"Our study suggests that physicians should look not at the total white cell count but at the total number of neutrophils, the total number of band neutrophils and the ratio of band to total neutrophils as an indicator that could lead to a suspicion of meningococcal infection," Cooperstock said. "If any of the three neutrophil indicators are outside a certain range, there is a possibility that the patient has a serious bacterial infection, including the possibility of meningococcal disease, and would need careful attention."

Cooperstock also pointed out that although automated white cell counts, a method used in many emergency rooms and clinics, may be quicker, they do not measure neutrophil bands and could lead to a missed diagnosis.

"Our purpose with the publication of this study is to point out the best way to evaluate neutrophil counts when ordering blood analysis," Cooperstock said. "That's especially important for children with fever, who often may not present with typical meningococcal symptoms."