Though it garners few public headlines, carbonic acid, the hydrated form of carbon dioxide, is critical to both the health of the atmosphere and the human body. However, because it exists for only a fraction of a second before changing into a mix of hydrogen and bicarbonate ions, carbonic acid has remained an enigma. A new study by Berkeley Lab researchers, has yielded valuable new information about carbonic acid with important implications for both geological and biological concerns.

Richard Saykally, a chemist with Berkeley Lab's Chemical Sciences Division and a professor of chemistry at the University of California (UC) Berkeley, led a study that produced the

The combination of theoretical and experimental results provides new and detailed insights into the hydration properties of aqueous carbonic acid that should benefit the development of carbon sequestration and mitigation technologies, and improve our understanding of how carbonic acid regulates the pH of blood.

"Our results support an average hydration number of 3.17 with the acid's two protons each donating a strong hydrogen bond to solvating waters, the carbonyl oxygen accepting a strong hydrogen bond from solvating water, and the hydroxyl oxygen molecules accepting weak hydrogen bonds from the water," says Saykally. "XAS data must be interpreted by comparing measurements to results from a calculated spectrum, which is a serious challenge. The strong agreement between our calculated and observed X-ray spectra is a new and significant achievement."

The molecular dynamics simulations and first principles density functional theory method used to model and interpret the XAS measurements were carried out under the leadership of David Prendergast, a staff scientist in the Theory of Nanostructures Facility at Berkeley Lab's Molecular Foundry. The Molecular Foundry, NERSC and the ALS, are all DOE Office of Science national user facilities hosted at Berkeley Lab.

"Using our first-principles molecular dynamics model and molecular dynamic simulations, we were able to simulate how carbonic acid is solvated by water," Prendergast says. "We then converted this information into a predicted XAS absorption spectrum that could be directly compared with experimental measurements at the ALS."

Saykally and Prendergast have published their results in Chemical Physical Letters. The paper is titled "The hydration structure of aqueous carbonic acid from X-ray absorption spectroscopy." Saykally is the corresponding author. Other co-authors, in addition to Prendergast, are Royce Lam, Alice England, Alex Sheardy, Orion Shih, Jacob Smith and Anthony Rizzuto. 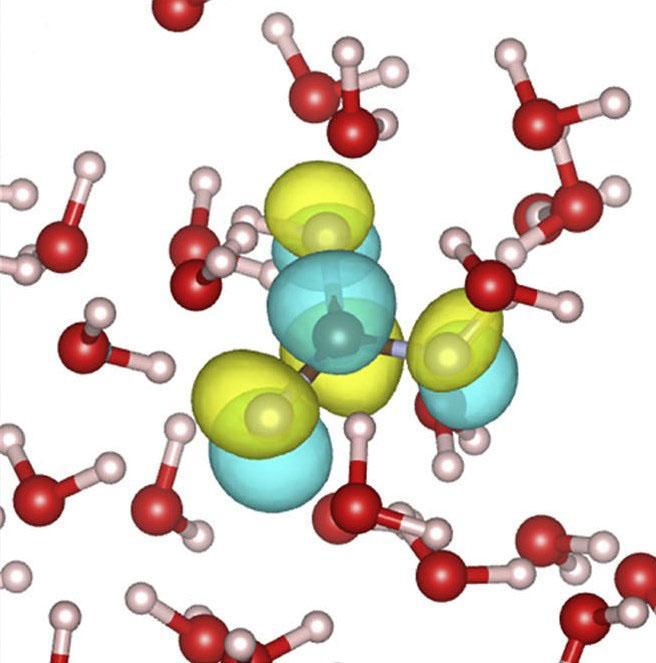 Though carbonic acid exists for only a fraction of a second before changing into a mix of hydrogen and bicarbonate ions, it is critical to both the health of the atmosphere and the human body.

When carbon dioxide dissolves in water about one-percent of it forms carbonic acid, which almost immediately dissociates to bicarbonate anions and protons. Despite its fleeting existence – about 300 nanoseconds - carbonic acid is a crucial intermediate species in the equilibrium between carbon dioxide, water and many minerals. It plays a crucial role in the carbon cycle – the exchange of carbon dioxide between the atmosphere and the oceans – and in the buffering of blood and other bodily fluids. The short life span of carbonic acid in water has made it extremely difficult to study.

Saykally and his research group overcame this obstacle with their development of a unique liquid microjet mixing technology in which two aqueous samples rapidly mix and flow through a finely tipped nozzle that is made from fused silica and features an opening only a few micrometers in diameter. The resulting liquid beam travels a few centimeters in a vacuum chamber before it is intersected by an X-ray beam then collected and condensed out. Saykally and his group have set up their liquid microjet system at ALS Beamline 8.0.1, a high flux undulator beamline that produces X-ray beams optimized for XAS studies

"The key to our success was an advance in our liquid microjet technology that enables us to achieve a rapid mixing of our reactants, bicarbonate and hydrochloric acid, and immediate probing of the carbonic acid products," Saykally says.

For this study, he and his group used a variation of XAS called Near Edge X-ray Absorption Fine Structure (NEXAFS) spectroscopy, an atom-specific probe technique of both the electronic structure of a molecule and its local chemical environment. NEXAFS is ideal for obtaining detailed characterizations of hydration interactions, however, it has largely been limited to studies in gases and solids because of the difficulties of working with liquid samples in a high vacuum. By incorporating their microjet technology into the high-vacuum environment of a synchrotron X-ray beamline, Saykally and his group are able to perform NEXAFS on liquid samples.

The researchers behind this study say that their results are important for understanding and modeling how the chemical equilibrium between carbonic acid and carbon dioxide proceeds in saline aquifers and other proposed carbon sequestration media. The same equilibrium process governs respiration in living organisms.

"As carbonic acid in both the gas and solid phases has been fairly well studied, our new water solution work will facilitate the development of detailed models for the reversible gas-liquid chemistry of carbon dioxide," Saykally says. 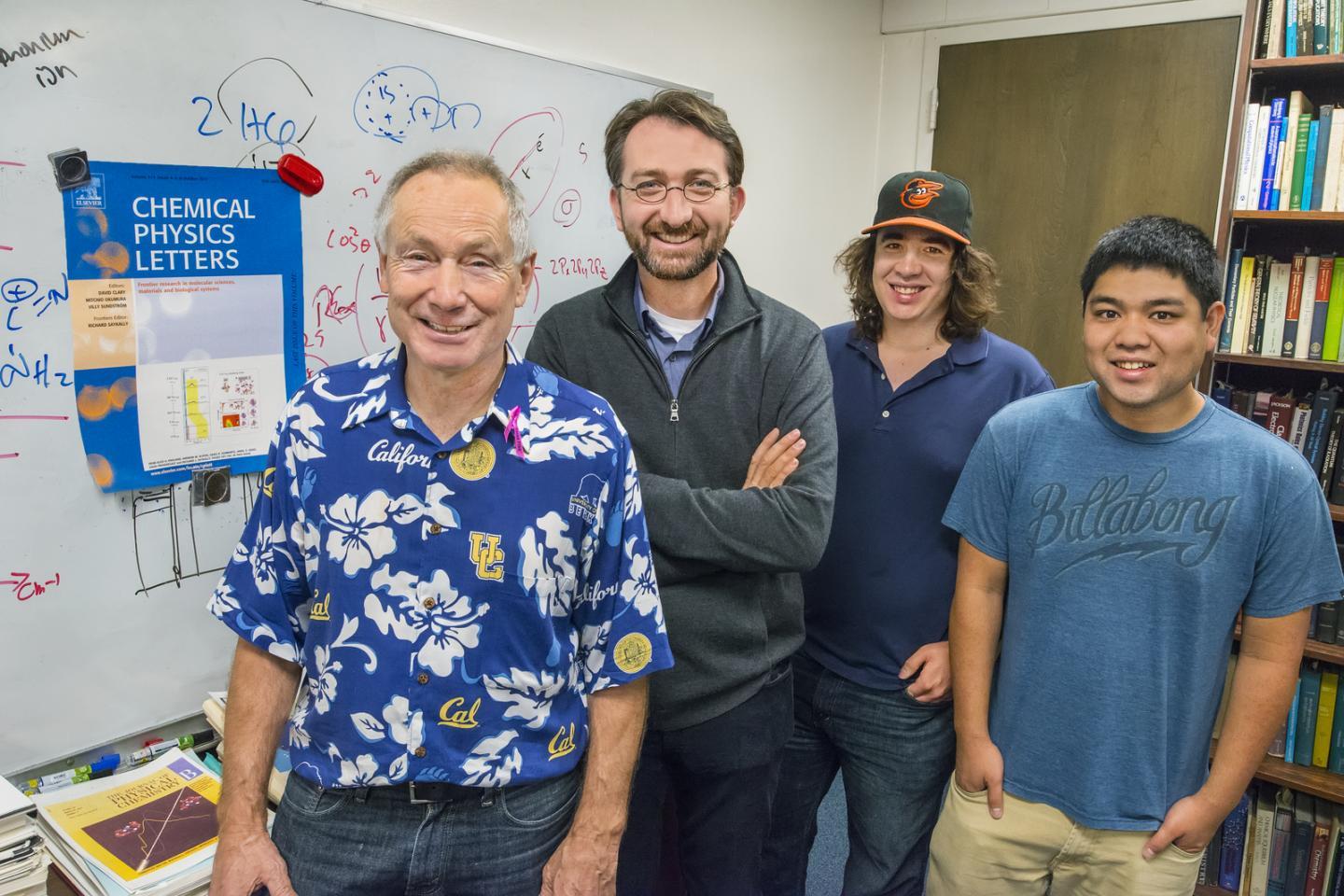 This image shows, from the left: Richard Saykally, David Prendergast, Jacob Smith and Royce Lam. These researchers were part of a team that has provided valuable new insight into aqueous carbonic acid.