New studies show how to save parasites and why it's important 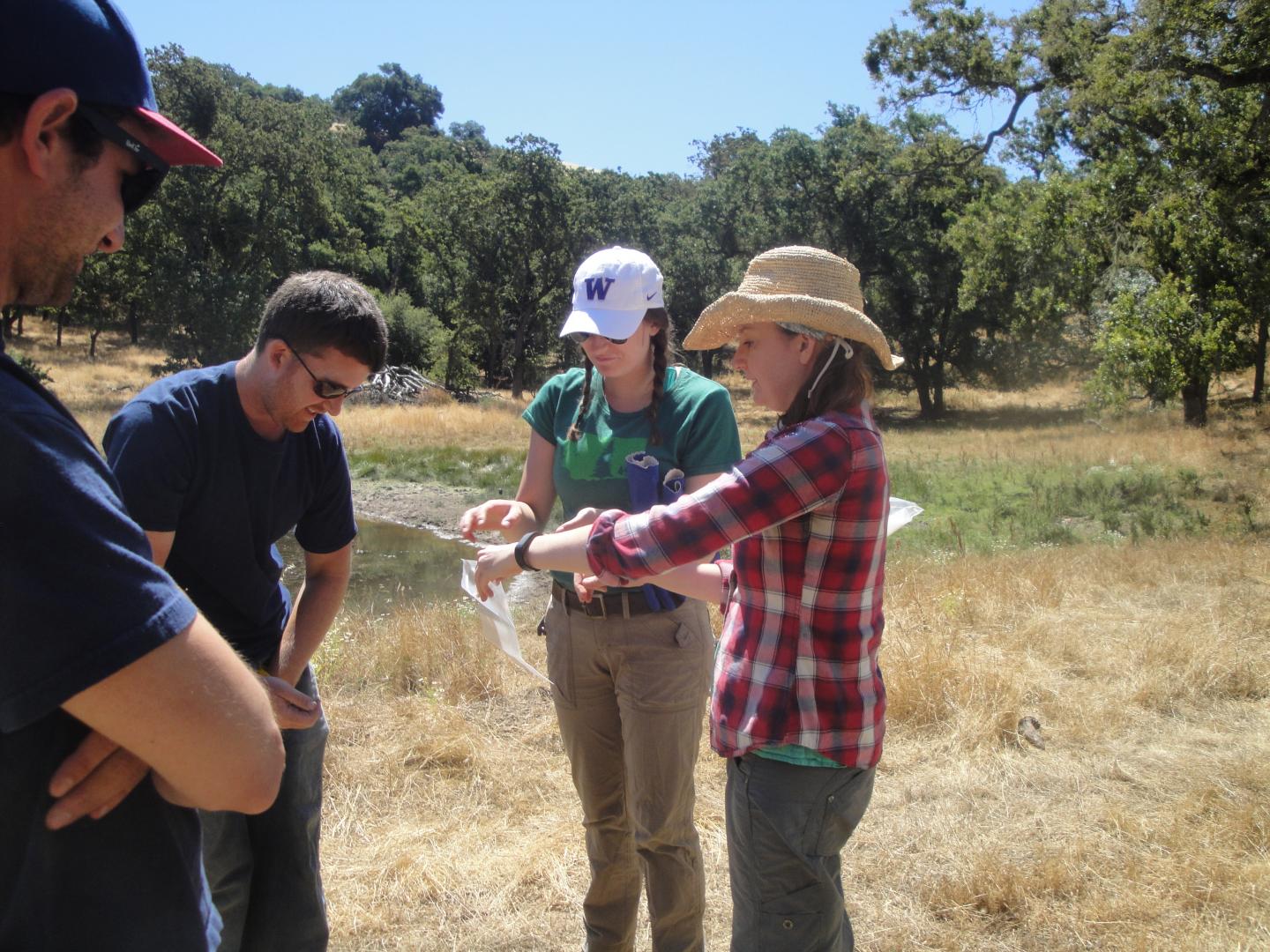 IMAGE: Chelsea Wood, right, and the team prepare to collect trail cameras, which were deployed to quantify bird biodiversity at each pond.

Parasites have a public relations problem.

Unlike the many charismatic mammals, fishes and birds that receive our attention (and our conservation dollars), parasites are thought of as something to eradicate -- and certainly not something to protect.

But only 4% of known parasites can infect humans, and the majority actually serve critical ecological roles, like regulating wildlife that might otherwise balloon in population size and become pests. Still, only about 10% of parasites have been identified and, as a result, they are mostly left out of conservation activities and research.

An international group of scientists wants to change that. About a dozen leading parasite ecologists, including University of Washington's Chelsea Wood, published a paper Aug. 1 in the journal Biological Conservation, which lays out an ambitious global conservation plan for parasites.

"Parasites are an incredibly diverse group of species, but as a society, we do not recognize this biological diversity as valuable," said Wood, an assistant professor in the UW School of Aquatic and Fishery Sciences. "The point of this paper is to emphasize that we are losing parasites and the functions they serve without even recognizing it."

The authors propose 12 goals for the next decade that could advance parasite biodiversity conservation through a mix of research, advocacy and management.

"Even though we know little to nothing about most parasite species, we can still take action now to conserve parasite biodiversity," said Skylar Hopkins, paper and project co-lead and an assistant professor at North Carolina State University.

Perhaps the most ambitious goal is to describe half of the world's parasites within the next 10 years. Providing taxonomic descriptions allow species to be named, which is an important part of the conservation process, the researchers said.

"If species don't have a name, we can't save them," said Colin Carlson, the other project co-lead and an assistant professor at Georgetown University. "We've accepted that for decades about most animals and plants, but scientists have only discovered a fraction of a percentage of all the parasites on the planet. Those are the last frontiers: the deep sea, deep space, and the world that's living inside every species on Earth."

Importantly, the researchers stress that none of the parasites that infect humans or domesticated animals are included in their conservation plan. They say these parasites should be controlled to safeguard human and animal health.

The paper is part of an entire special edition devoted to parasite conservation. Wood is the lead author on one study in the collection that finds the responses of parasites to environmental change are likely to be complex, and that a changing world probably will see both outbreaks of some parasites and a total loss of other parasite species.

"We need to recognize that there will be a diversity of responses among parasite taxa and not take for granted that every parasite is dwindling toward extinction or about to cause a major outbreak," Wood said.

Parasites often need two or more host species to complete their lifecycle. For example, some parasites first infect fish or amphibians, but ultimately must get transmitted to birds to reproduce and multiply. They ensure that this happens through ingenious ways, Wood explained, often by manipulating the behavior or even the anatomy of their first host to make these fish or amphibians more susceptible to being eaten by birds. In this way, the parasite then gets transmitted to a bird -- its ultimate destination.

Given this dynamic, Wood and colleagues wanted to see what would happen to the abundance of parasites if the ecosystems in which they live changed. They designed an experiment across 16 ponds in central California's East Bay region. In half of the ponds, they installed structures such as bird houses, floating perches and mallard decoys intended to attract more birds, thus temporarily altering the natural ecosystem and boosting biodiversity in these ponds.

After a couple of years, the researchers analyzed parasite biodiversity in each of the 16 ponds. What they found was a mixed bag: Some parasite species responded to elevated bird biodiversity by declining in abundance. But other parasites actually increased in number when bird biodiversity increased. The authors concluded that as biodiversity changes -- due to climate change, development pressure or other reasons -- we can expect to see divergent responses by parasites, even those living within the same ecosystem.

Traditionally, the field of disease ecology assumes one of two paths: That we are either heading toward a future of more disease and massive outbreaks or toward a future of parasite extinction. This paper shows that both trajectories are happening simultaneously, Wood explained.

"This particular experiment suggests that we need to anticipate both trajectories going forward. It starts to resolve the conflict in the literature by showing that everyone is right -- it's all happening," Wood said. "The trick now is to figure out what traits will predict which parasites will decline and which will increase in response to biodiversity loss."

Wood's lab is working on that question now by reconstructing the history of parasites over time, documenting which parasites increased in abundance and which declined. However, there's almost no historical record of parasites and without this information, it's difficult to know how to conserve them. By dissecting museum specimens of fish, the researchers are identifying and counting various parasites found in the specimens at different places and times.

"These pickled animals are like parasite time capsules," Wood explained. "We can open them up and identify the parasites that infected a fish at its death. In this way, we can reconstruct and resurrect information that previously we didn't think was possible to get."