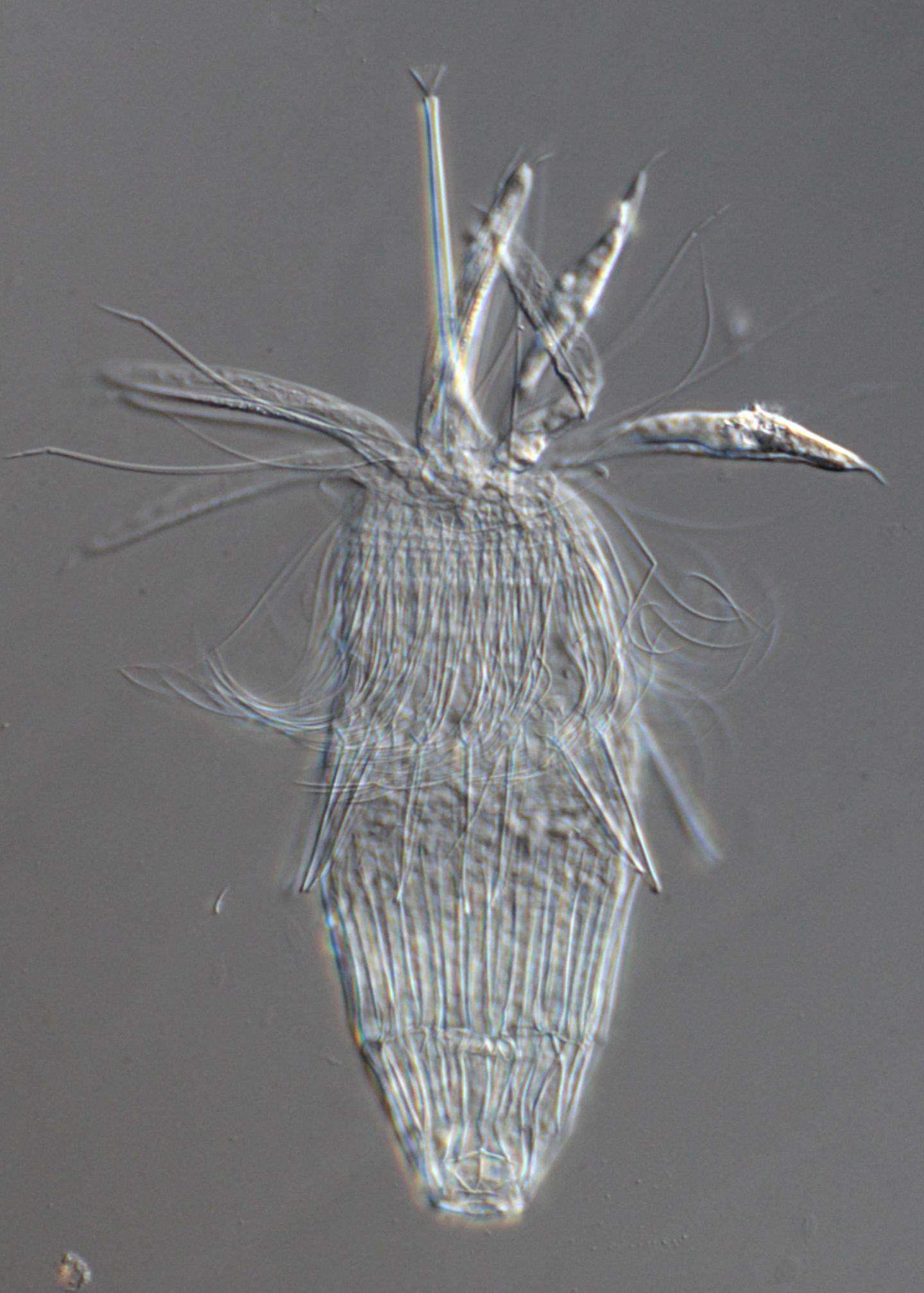 The Loricifera is a microscopic, sediment-dwelling marine invertebrate, with a head covered in over 200 spines and an abdomen with a protective shell - known as a lorica. Since it was first discovered in 1983, just under 40 species have been written about. Now, that number is one more thanks to a group of scientists who reported on a new genus and species of Loricifera.

Their findings were published in the Journal Marine Biodiversity.

"Loricifera is a rare animal that is still under-researched, but our recent finding improves our understanding of the species' diversity," said lead author Shinta Fujimoto.

Loricifera typically inhabit the space between sand and mud particles in the ocean. Fossils exist from the Cambrian period, suggesting a long existence on Earth. They have complicated life cycles and a few species are reported to live in anoxic environments. Their exact position on the animal tree of life is unknown.

Researchers from Tohoku University, Kyushu University, Mie University, Hiroshima University and the University of Copenhagen reported on a new species of Loricifera inhabiting Japan's area from the continental slope to the deeper sea - roughly 177 m to 1059 m below the sea. This marks the second time a new Loricifera species has been found near Japan; the last one was discovered in 1988 in the Izu-Ogasawara Trench.

Fujimoto and his team hope to uncover as much as they can about this rare species. "Each new species provides us with answers, but also more questions. We will keep on looking for these extraordinary animals to understand the species' diversity, ecology, life history and evolution."