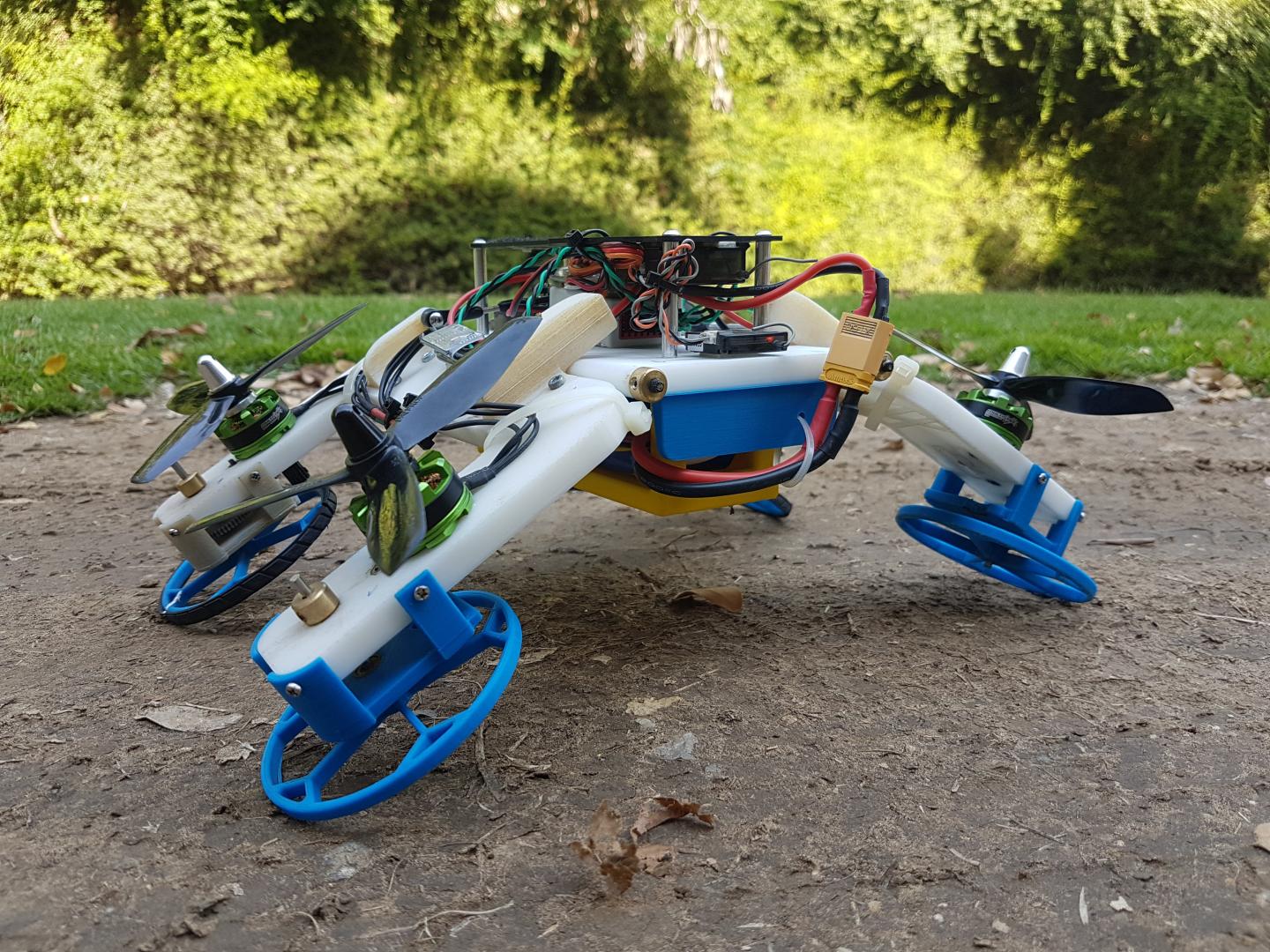 IMAGE: The first experimental robot drone that flies like a typical quadcopter, drives on tough terrain and squeezes into tight spaces using the same motors, has been developed by Ben-Gurion University...

BEER-SHEVA...May 20, 2019 - The first experimental robot drone that flies like a typical quadcopter, drives on tough terrain and squeezes into tight spaces using the same motors, has been developed by Ben-Gurion University of the Negev (BGU) researchers.

The hybrid FSTAR (flying sprawl-tuned autonomous robot) will be introduced at the International Conference on Robotics and Automation 2019 in Montreal on May 21. It was developed in the BGU Bio-Inspired and Medical Robotics Lab by Prof. David Zarrouk, senior lecturer in BGU's Department of Mechanical Engineering, and head of the Bio-Inspired and Medical Robotics Lab and his graduate student, Nir Meiri. Click here to watch a video of the new robot.

FSTAR can fly over obstacles or run underneath them. The sprawl, which adjusts from a flat configuration to 55 degrees allows the robot to transform its movement from a flying quadcopter to a car-like robot. It also adjusts its width to crawl or run on flat surfaces, climb over large obstacles and up closely-spaced walls, or squeeze through a tunnel, pipe or narrow gaps.

It can run on the ground at a speed of up to eight feet per second (2.6 m/s). That combined with low energy consumption using the same motors makes FSTAR ideal for a broad range of applications that may require longer work time.

Possible commercial uses are package deliveries since it can quickly fly to a target zone and then drive using its wheels safely and quietly to reach the recipient's doorstep. FSTAR can also be used for search and rescue applications as it can fly over various obstacles and crawl between or underneath cracks where a regular drone cannot fly. The robot can also be used in agriculture, maintenance, cleaning, filming, and entertainment, as well as law enforcement and anti-terrorist applications.

"We plan to develop larger and smaller versions to expand this family of sprawling robots for different applications, as well as algorithms that will help exploit speed and cost of transport for these flying/driving robots." Dr. Zarrouk says.

Credit:
American Associates, Ben-Gurion University of the Negev
May 20, 2019