Nature documentaries increasingly talk about threats to nature, but still don't show them 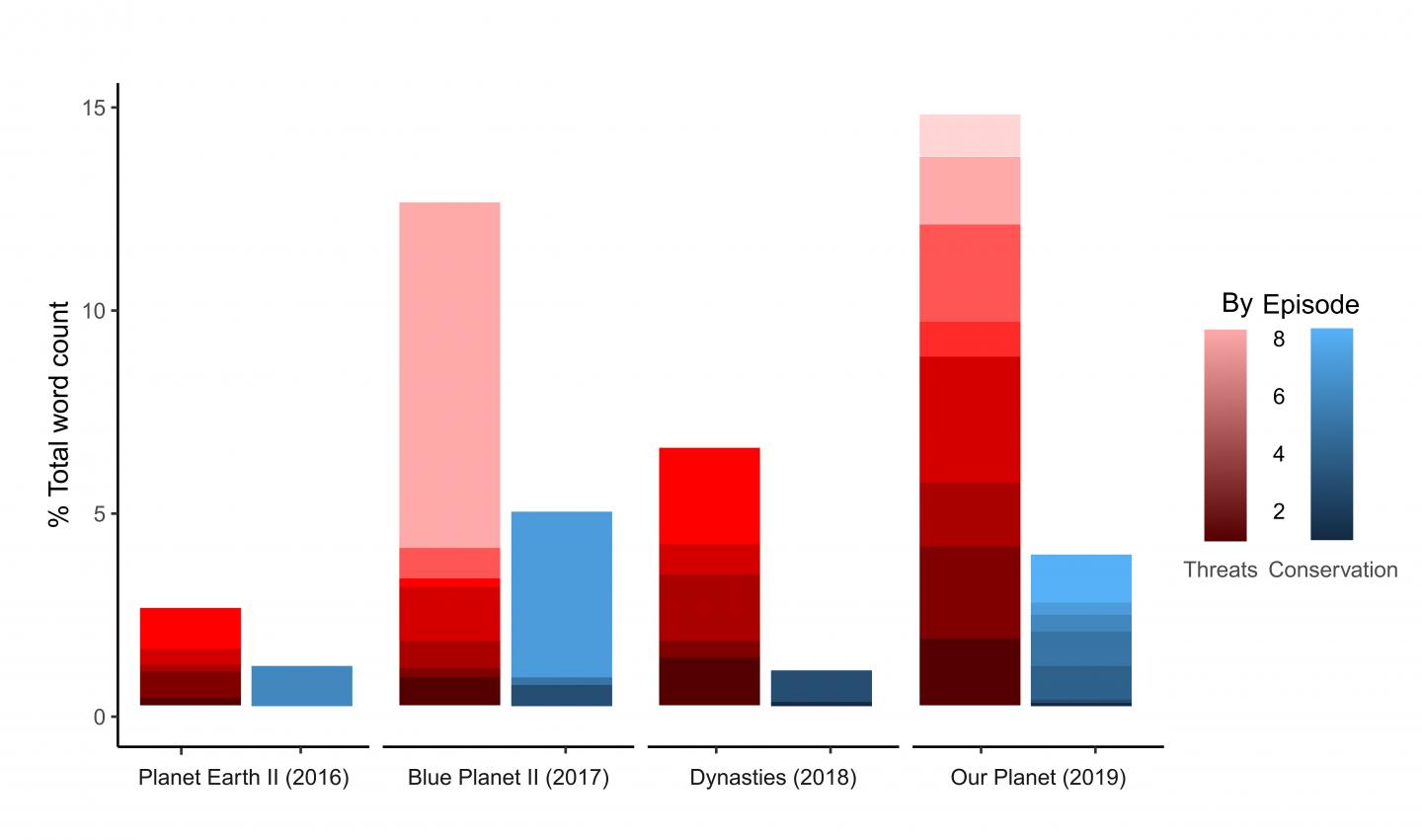 Researchers from Bangor University, University of Kent, Newcastle University and University of Oxford coded the scripts from the four most recent David Attenborough narrated series. They found the Netflix series Our Planet dedicated 15% of the script to environmental threats and conservation, far exceeding the BBC series Planet Earth II and Dynasties, with only Blue Planet II coming close to this figure.

The researchers also highlighted the uniqueness of Our Planet in weaving the topic of human impacts on nature throughout each episode rather than being the subject of a dedicated final episode, which was done in Blue Planet II.

Despite the more frequent mentions of threats to nature, the researchers noted how visually similar Our Planet was to the other series they analysed. It had few visual depictions of the threats and largely showed the natural world as pristine and separate from humans, something nature documentaries have often been criticised for in the past.

Professor Julia Jones, lead author, said: "One could argue that by using camera angles to avoid showing any sign of people, nature film makers are being disingenuous, and even actively misleading audiences. The viewer may be led to believe that things cannot be that bad for biodiversity as what they are seeing on the screen shows nature, for the most part, doing fine.

"The inextricable link between threats to the natural world and the high consumption of western lifestyles would be more difficult to ignore if the presence, or even dominance, of commercial agriculture, mining and transport infrastructure were more visible in the landscapes, reducing the space for the awe-inspiring wild spectacles shown."

Nature documentaries have the potential to elicit behavioural change and increase support for conservation but to what extent is not well understood. "Previous studies have shown that documentaries can increase willingness amongst viewers to make personal lifestyle changes, increase support for conservation organisations, and generate positivity towards an issue, making policy change more likely. However, we still don't understand the mechanisms by which these changes take place. Considerable research is needed to investigate how viewing nature, portrayed as threatened or pristine, in a documentary affects people in ways which might, ultimately, contribute to saving it." Said Laura Thomas-Walters, co-author.

The researchers suggest collaboration between filmmakers and researchers could help us understand the impacts of these documentaries. Dr Diogo Vesrissimo, co-author, said: "there is limited evidence on the causal relationships between viewing a documentary and subsequent behaviour change. Nature documentary producers should work with researchers to better understand these positive and negative impacts".