Different brain regions must communicate with each other to control complex thoughts and behaviors, but relatively little is known about how these areas organize into broad neuronal networks. In a study published by Cell Press February 27th in the journal Cell, researchers developed a mouse whole-brain atlas that reveals hundreds of neuronal pathways in a brain structure called the cerebral cortex. The online, open access, interactive image database, called the Mouse Connectome Project, provides an invaluable resource for researchers interested in studying the anatomy and function of cortical networks throughout the brain.

"This study is the first comprehensive mapping of the most developed region of the mammalian brain: the cerebral cortex," says senior study author Hong-Wei Dong of the University of Southern California, Los Angeles. "Scientists can now use this anatomical map as a testable framework for exploring how each structure contributes to overall brain function." 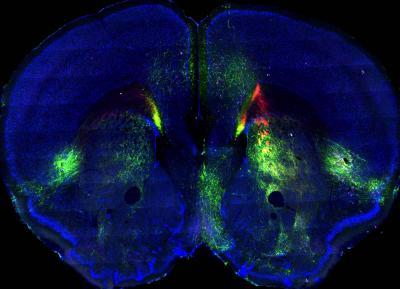 The cerebral cortex—the outermost layered structure of neural tissue in the brain—plays a key role in regulating thoughts, emotions, and behaviors in mammals. Although scientists have mapped out neuronal connections on a small scale within specific parts of the mammalian brain, they have not achieved an accurate understanding of how cortical regions are organized into broad neuronal networks because they have used a patchwork of different techniques in different animal models. As a result, there has been a strong need for a thorough, rigorous, and consistent effort to map out neuronal connections spanning the entire mammalian cortex.

To address this need, Dong and his team generated a cortical connectivity atlas of the mouse brain using neuronal tracing techniques. They injected fluorescent molecules, which are visible under the microscope, into different areas across the entire mouse cortex. These molecules, which were transported along "cellular highways," labeled about 600 neuronal pathways. The researchers used a high-resolution microscope to scan the brain sections and create an image database of cortical connections. 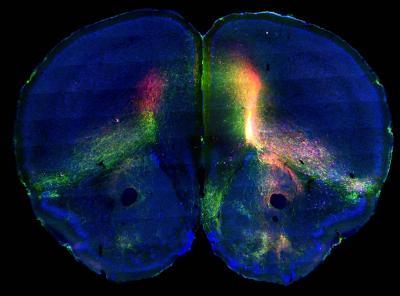 When the researchers analyzed the connections, they found that the cerebral cortex is a highly organized network, consisting of eight subnetworks whose coordinated activity reflects an animal's feelings and perceptions. Moreover, this information is shared between subnetworks in a very specific way. "These findings challenge the widespread assumption that the cortex is a single network in which everything is densely connected with everything else," Dong says.

Moving forward, researchers can merge anatomical data from this important mammalian model system with the large amounts of existing molecular genetics data to identify fundamental types of nerve cells, an important objective of the NIH's BRAIN Initiative, which is part of a new Presidential focus aimed at revolutionizing our understanding of the human brain. "Determining the anatomical organization of the whole brain will be a fundamental and exciting step towards uncovering the structural underpinnings of brain function and its dysfunction in neurological disorders," Dong says. 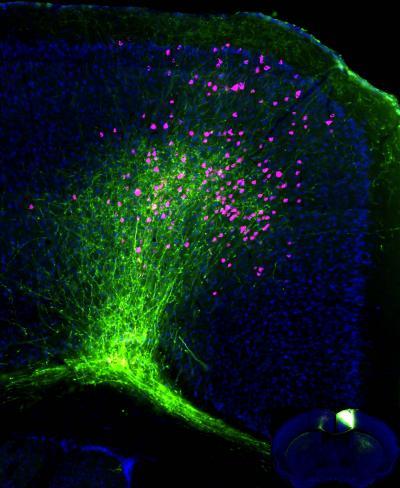 This is a representative image in iConnectome. Fluorescent labeled axons (green) and neurons (pink) after tracers injected in the controlateral side of cortex. This large image is the closeup of the boxed area in the whole brain section in lower right corner.