More taxes on alcohol as a way to tackle obesity 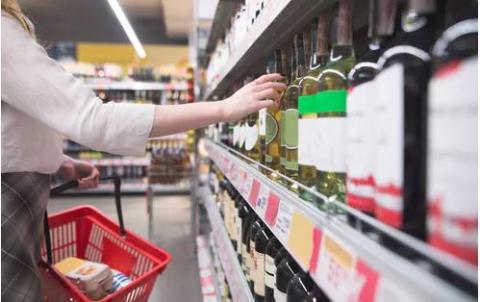 We don’t often equate the kilojoules we drink in our glass of wine or pint of beer with the weight that accumulates around our middle. But our new study shows increasing the price of alcohol is the most value for money policy option to prevent obesity in Australia.

The study, released today, shows if we increase alcohol taxes by standardising them across different types of alcohol, overall alcohol consumption would go down. This would lead to substantial reductions in the kilojoules Australians consume each day.

In 2016-17, Australians drank 186 million litres of pure alcohol – equivalent to more than nine litres for each person over the age of 15 years.

The health and social harms associated with drinking too much are well documented. Our research is among the first to show that policies aimed at reducing alcohol consumption would also have significant impacts on body weight.

Australia’s current alcohol taxation system is complex and illogical. Most alcoholic beverages are taxed based on their alcohol content, but different rates of tax are applied to different products.

Beers have the lowest rates, and spirits and ready-to-drink beverages (such as a can of bourbon and cola) have the highest.

Wine is taxed using a different system (the wine equalisation tax) based on its final wholesale price.

Under the current system, the total price (including taxation, in 2013 prices) of a standard drink (equivalent to 10g of alcohol) varies from around A$0.65 for cask wine to A$2.79 for ready-to-drink beverages.

Public health groups have long advocated for reforms to the current alcohol taxation system in Australia.

Our research group modeled the impact of replacing the current system with a uniform volumetric tax, based on alcohol content.

We applied a tax of 84 cents per standard drink across all alcoholic beverages (beers, wines, spirits and ready-to-drink products). This is equivalent to a 10% increase to the rate currently applied to spirits.

This proposed change would have the biggest impact on the price of cask wine, increasing it by more than 120%. The price of beer will increase by 28% on average, bottled wine by around 33%, and ready-to-drink alcoholic beverages by 2.7%. 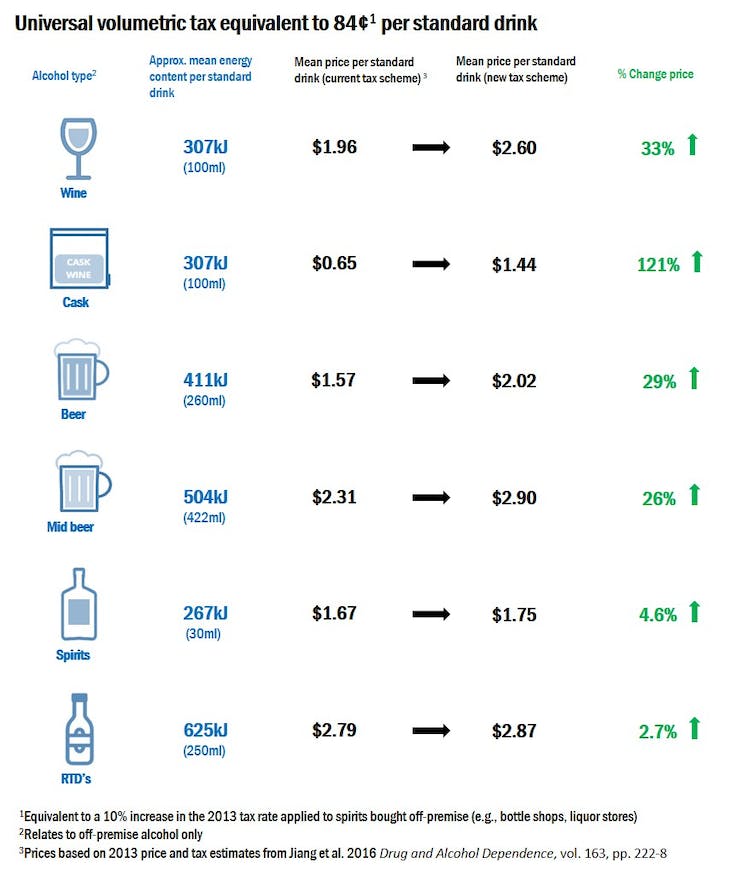 Increasing the price of alcohol is one of the most effective ways of reducing consumption.

Alcohol is high in kilojoules, with a pint of beer almost on par with a chocolate bar in terms of energy content. So even relatively small levels of alcohol consumption can have a big impact on daily energy intake. 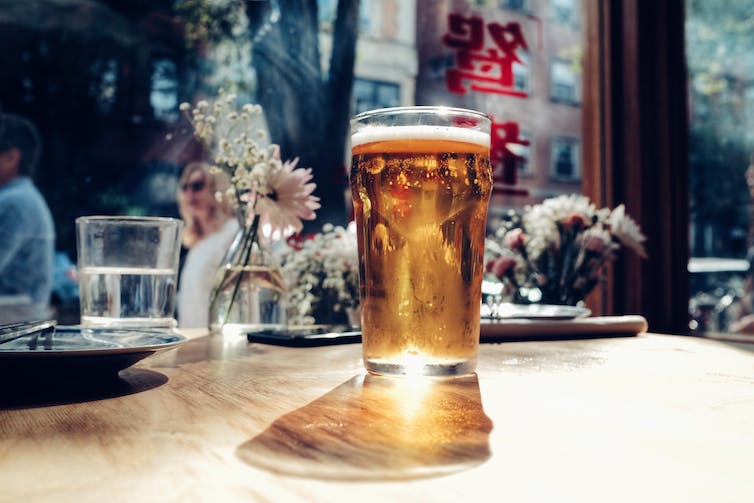 Our modeling showed that the proposed new tax regime would, on average, result in a 16% reduction in alcohol consumption across the population. This would lead to average weight loss of around 0.7kg.

When this is modeled over the lifetime of the whole population, the health impact is substantial. It is estimated that this tax change could prevent more than 190,000 cases of diabetes and 16,000 cases of cancer.

In total, the policy change could result in more than 470,000 healthy life years gained for the Australian population.

By preventing obesity-related diseases, this policy would save about A$4.8 billion in health-care costs.

These savings are much higher than the total costs of administering this change to the tax system, at A$31.9 million.

The health impacts are in addition to the many other benefits of reduced alcohol consumption. These include the prevention of several chronic diseases (including liver cirrhosis and breast cancer), injuries, road accidents and violence.

The additional revenue collected from this new tax regime compared to the current taxation system would be around A$2.3 billion each year.

We need an obesity prevention strategy

The Council of Australian Governments (COAG) Health Council recently committed to develop a national obesity strategy. In addition, the Senate Select Committee into the obesity epidemic in Australia released a report last week that set out a number of recommendations for government. These initiatives recognise that a range of policies are needed to address the current obesity crisis.

In addition to the alcohol tax changes, our study examined the cost-effectiveness of 15 other obesity prevention policies. These included bans on TV advertising for unhealthy foods, a 20% tax on sugary drinks, the Health Star Rating food labelling system, and interventions targeted at schools, workplaces, supermarkets, local communities and private health insurers. 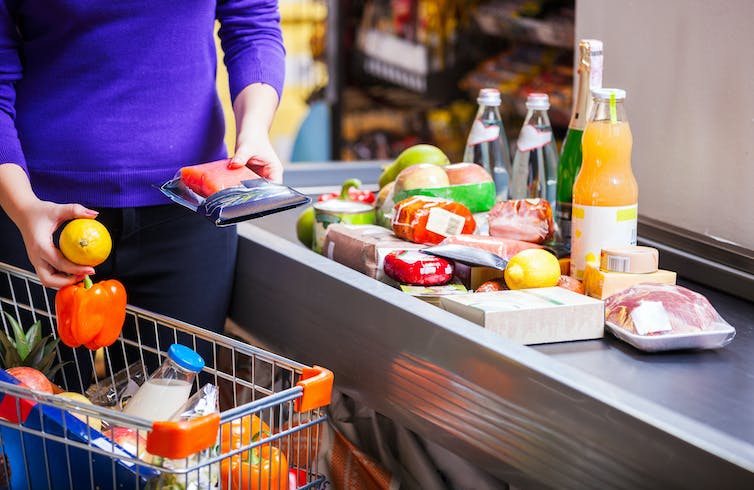 A range of policy measures are needed to reduce rates of obesity. Photobac/Shutterstock

We found that all of the interventions evaluated would result in substantial health benefits for Australia and offer good value for money. There are a broad range of promising policies that can be acted on by a range of decision makers including local, state and federal governments and the private sector.

Even though increasing the price of alcohol is likely to be unpopular, if governments are committed to an effective national obesity strategy then an increase in alcohol taxation should be considered as one part of a comprehensive societal response.