In a study published online by the journal Cancer Cell, the investigators report that the small molecule P5091 triggered apoptosis -- programmed cell death -- in drug-resistant myeloma cells grown in the laboratory and in animals. The anti-myeloma effect was even more powerful when researchers combined P5091 with other therapies.

"Velcade was one of the first of a class of drugs known as proteasome inhibitors to be approved by the U.S. Food and Drug Administration for multiple myeloma treatment," says Dharminder Chauhan, PhD, lead author of the paper with Ze Tian, PhD, both of Dana-Farber. "While Velcade is successful in many patients with multiple myeloma, it often loses its effectiveness over time, which prompted us to seek other drug targets."

The proteasome acts as a cell's "garbage disposal," chewing up and disposing of unwanted proteins. Inhibiting the proteasome causes an accumulation of waste proteins that spurs cancer cell death.

"Dysfunction of the UPS has been linked to the development of many human diseases, including cancer, and is a valid target for therapy," Chauhan remarks.

A variety of enzymes help affix or remove ubiquitin from proteins. In the current study, investigators focused on a remover -- a "deubiquitylator" known as USP7. Studies have shown that USP7 acts on many cancer-related proteins: by breaking down proteins that restrain cancer cell growth, it allows tumors to grow unabated. Patients with high levels of USP7 in their myeloma cells tend to have poorer survival rates.

In the Cancer Cell study, researchers tested whether P5091, a small molecule inhibitor of USP7 that was synthesized by Progenra, Inc., could cause the death of myeloma cell that had developed resistance to Velcade and other current therapies.

"Blocking USP7 decreases the level of a cancer-promoting protein called HDM2, which has the effect of bolstering p53 and p21, a gene that suppresses tumor cell growth," Chauhan states. "The result is that tumor cells stop growing and begin to die." 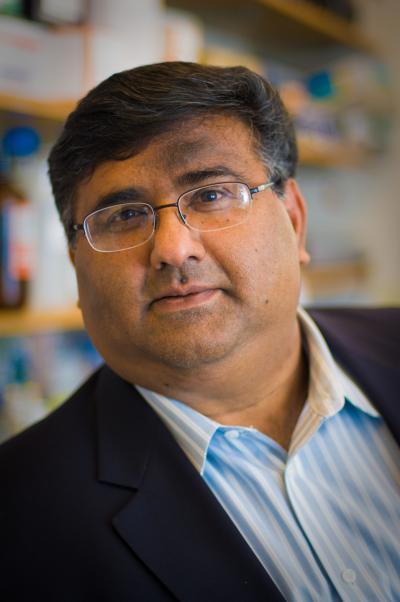 Dharminder Chauhan, Ph.D., and colleagues at Dan-Farber Cancer Institute have discovered that a molecule that targets the cell's machinery for breaking down unneeded proteins can kill multiple myeloma cancer cells resistant to the frontline drug Velcade.

"In laboratory cell cultures, P5091 resulted in the death of myeloma cells," said the study's senior author, Kenneth Anderson, MD, director of the Jerome Lipper Multiple Myeloma Center and the LeBow Institute for Myeloma Therapeutics at Dana-Farber. "In animal models of myeloma, this molecule impaired tumor growth, prolonged survival, and didn't harm normal tissue." When researchers combined P5091 with the drugs lenalidomide, SAHA, or dexamethasone, the myeloma-killing effects were even more pronounced.

Although P5091 itself has not been formulated into a drug, the study demonstrates "that you can target molecules in the ubiquitin proteasome system without targeting the proteasome itself and still achieve a cancer cell-killing effect, with no significant toxicity," Chauhan remarks. "Our results lay the groundwork for testing USP7 inhibitors, either alone or in combination with other drugs, in patients with multiple myeloma."

Based on the study results, Progenra plans to help lead studies of USP7 inhibitors in future clinical trials. 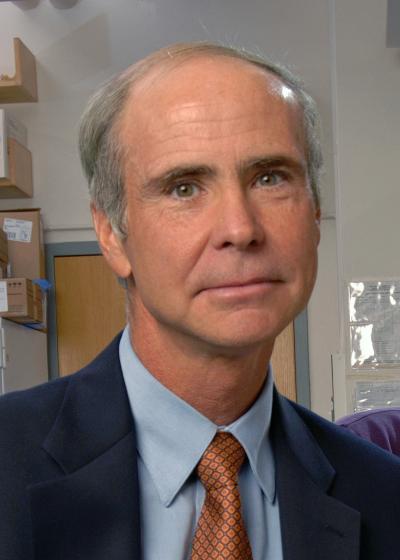 Kenneth Anderson, M.D., and his colleagues at Dana-Farber determined that P5091, a small molecule inhibitor of USP7 decreases the level of a cancer-promoting protein called HDM2, which has the effect of bolstering p53 and p21, a gene that suppresses tumor cell growth. The result is that the myeloma cells stopped growing and began to die.