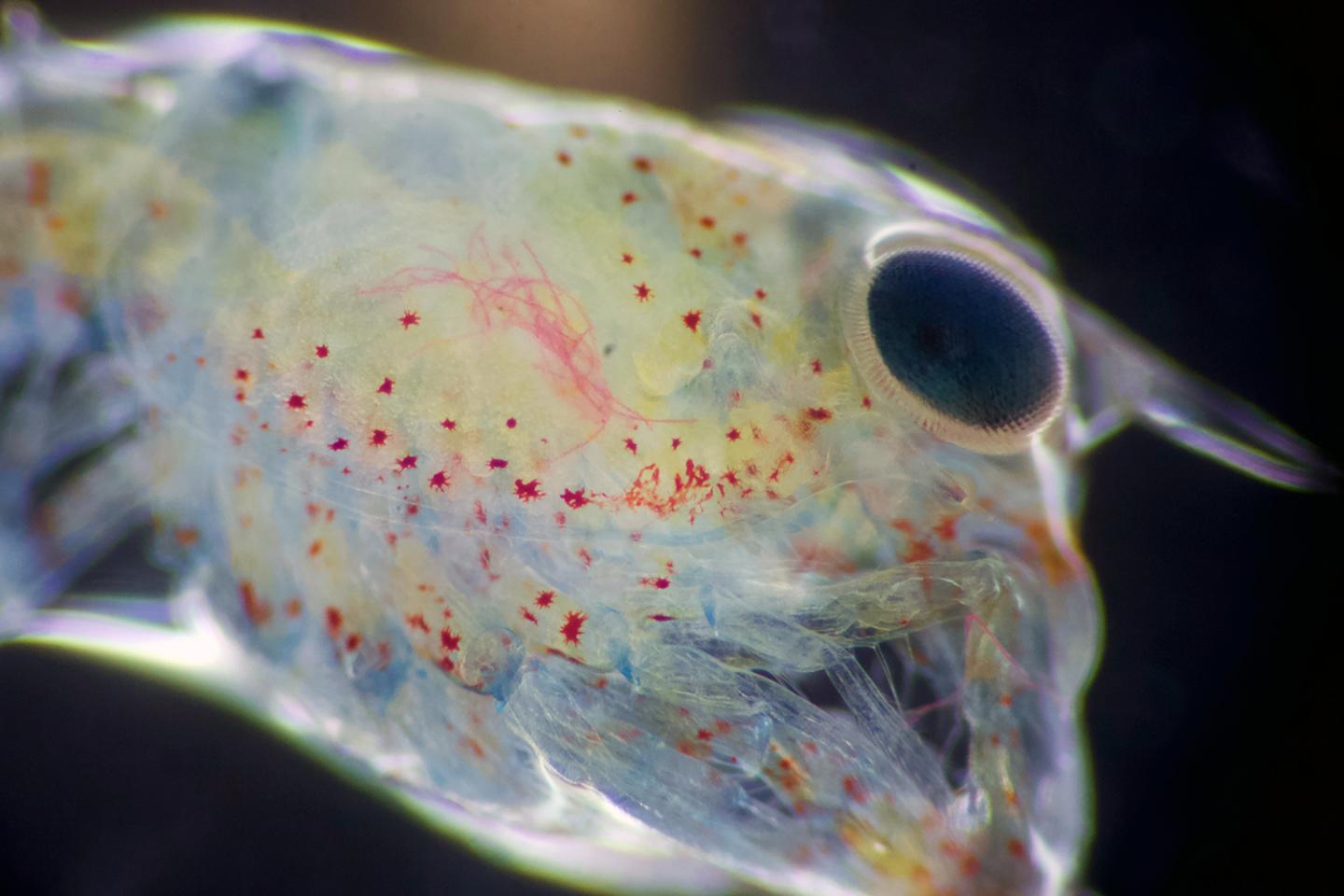 Microplastic fiber pollution in the ocean impacts larval lobsters at each stage of their development, according to new research. A study published in the Marine Pollution Bulletin reports that the fibers affect the animals' feeding and respiration, and they could even prevent some larvae from reaching adulthood.

"In today's ocean, organisms are exposed to so many environmental factors that affect how many make it to the next stage of life," said Paty Matrai, a study author and senior research scientist at Bigelow Laboratory for Ocean Sciences. "Lobsters play a fundamental role in the Gulf of Maine ecosystem as well as the state's economy, and it is important that we understand how pollutants impact their development."

Young lobsters grow to adulthood through four distinct developmental stages, and the researchers found that the physiology of each stage determined how the animals interacted with plastic fibers. The youngest lobsters didn't consume them - but they were plagued by fibers accumulating under the shells that protect their gills. In experiments where the larvae were exposed to high levels of fibers, the youngest larvae were the least likely to survive.

More mobile and agile, the older lobster larvae did not accumulate fibers under their shells - but they did ingest the particles and keep them in their digestive systems. This could be problematic for lobster larvae coming of age in the ocean. Fresh plastics often leach chemicals, and their surfaces can foster potentially toxic sea life.

"Plastic particles have been found in almost every animal in the ocean," said David Fields, another study author and a senior research scientist at Bigelow Laboratory. "If an animal can fit something in its tiny little piehole, it's probably going to - and that can have repercussions for the animal and potentially for the food web."

Microplastic fibers enter the ocean from sources including wastewater, and they can also be created in the ocean as larger materials degrade. Plastics tend to float at the surface, where they are exposed to sunlight and wave action that eventually break them down into small particles.

Though the levels of microplastic fibers in coastal Maine waters are relatively low, they can still present a serious challenge to the animals that encounter them. In addition, some animals are predisposed to encounter any fibers that are in the area. Because microplastic fibers tend to remain at the ocean's surface, animals that inhabit surface waters are more likely to come into contact with them - including larval lobsters.

"Even relatively low levels of plastics can be harmful for the animals that encounter them, and where an animal lives in the water column can amplify the problem," Fields said. "A lobster larva that eats a plastic fiber is just like us eating a candy wrapper - it's not great, but it will probably just pass though. But if all you're eating is candy wrappers, it's certainly going to have other repercussions for your health."

With ocean acidification and rising temperatures already challenging lobsters and other sea life, the researchers are particularly interested in how this plastic pollution may compound with the other environmental stressors that ocean animals are facing. They are interested in conducting future experiments that could probe how animals are impacted when challenged by all three of these factors simultaneously.

Matrai and Fields previously studied the impact of microplastic fibers on mussels with Madelyn Woods, a recent Bigelow Laboratory intern and the lead author of this paper. Fellow authors Theresa Hong, Donaven Baughman, and Grace Andrews also all studied with Matrai and Fields as Research Experience for Undergraduates interns during the summer of 2019.

"As a global community, we are just becoming aware of the impact of plastics in the ocean, and the reality that this pollution is superimposed on other changes in the environment," Matrai said. "By working together to reduce the amount of microplastic fibers in the ocean, we can all help protect our important marine resources."