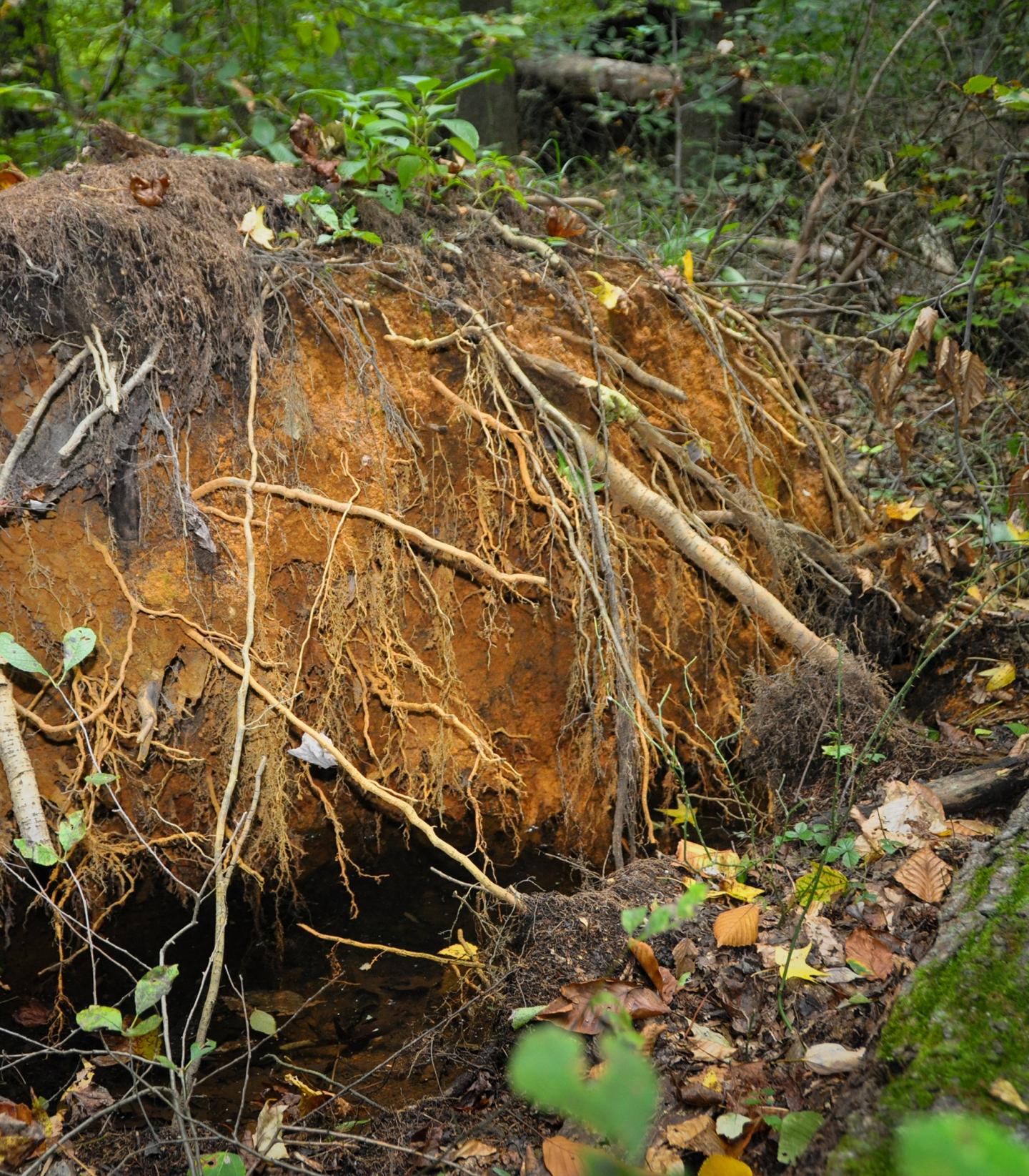 IMAGE: A fallen tree exposes iron-rich soils, the source of PFAS-degrading bacteria in a forested wetland at the Assunpink Wildlife Management Area in New Jersey.

Per- and polyfluoroalkyl substances (PFAS) are building up in the environment, and scientists are becoming concerned. These substances, ubiquitous as water-repellent or nonstick additives in many consumer products, are persistent and have been accumulating in organisms throughout the food chain over many years. Now, researchers reporting in the ACS journal Environmental Science & Technology have identified bacteria from a New Jersey wetland that, surprisingly, can break carbon-fluorine bonds and degrade PFAS.

The carbon-fluorine (C-F) covalent bond is the strongest in organic chemistry, and until now, no organism was known to be capable of breaking it. In previous work, Shan Huang and Peter Jaffé isolated a bacterium, called Acidimicrobiaceae sp. A6 (A6), from the soil of New Jersey wetlands that could perform an unusual chemical reaction: using iron in the soil to help break down ammonium, a pollutant found in sewage and fertilizer runoff, without any oxygen. Huang and Jaffé wondered if this reaction, called Feammox, could also help break down PFAS.

To find out, the researchers grew cultures of A6 in iron- and ammonium-rich medium and added one of two PFAS: perfluorooctanoic acid (PFOA) or perfluorooctane sulfonate (PFOS). The team found that A6 used the Feammox reaction to transfer electrons from ammonium or hydrogen gas to PFAS, removing the fluoride atoms and rendering the substances harmless. As a result, over a 100-day period, the microbes degraded up to 60% of the PFOA and 50% of the PFOS added to the cultures. These results indicate that under appropriate environmental conditions, A6 and the Feammox process could biodegrade PFAS in contaminated soil and groundwater, the researchers say.