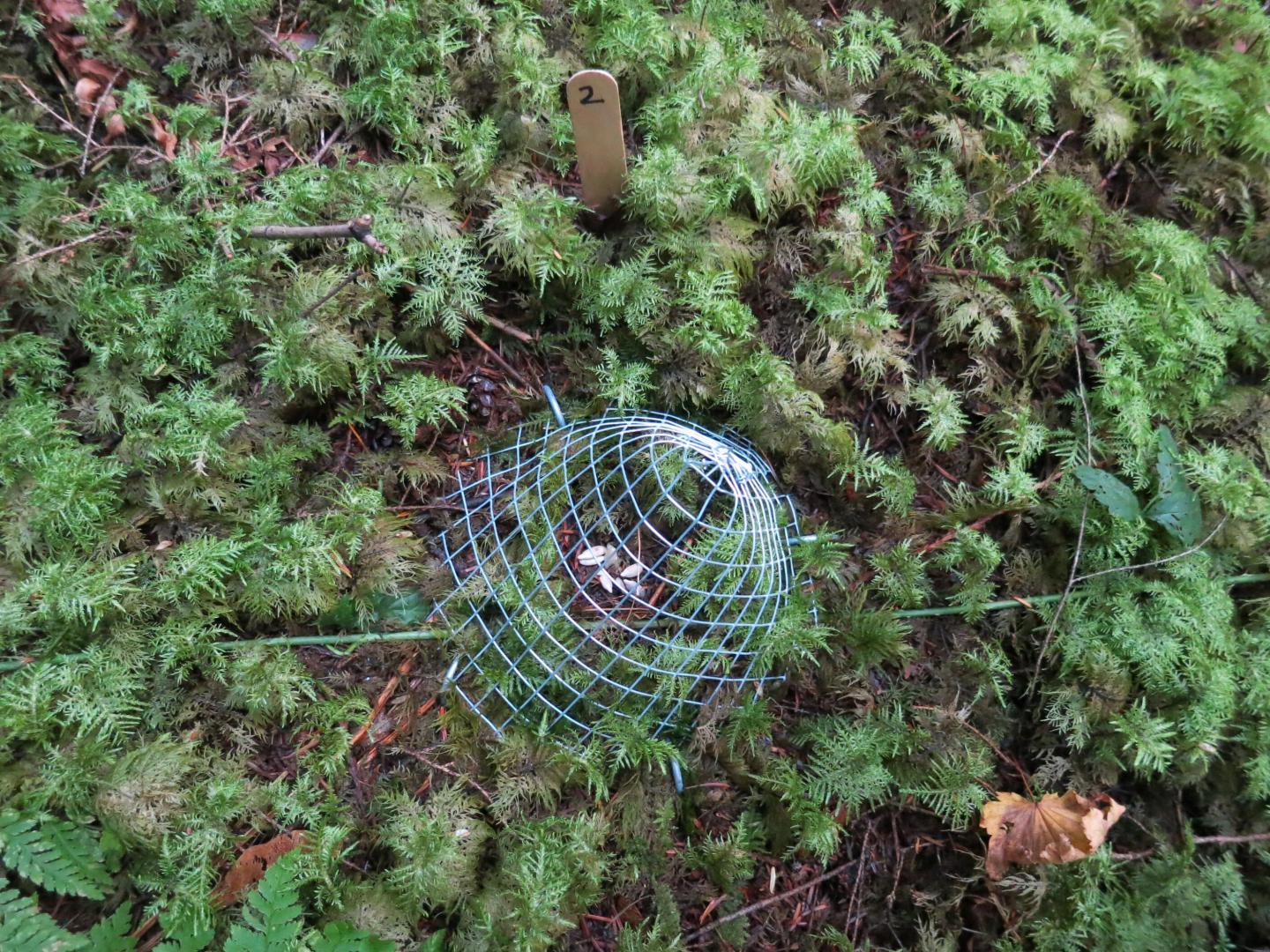 IMAGE: In one of the largest field experiments ever conducted, an international team measured seed predation at 70 sites across the Americas.

One of the largest field experiments ever conducted is providing the best evidence yet in support of a key Darwinian theory--that interactions between species are stronger toward the tropics and at lower elevations.

An international research team used a simple experiment that mimics how plants and animals interact with each other--leaving seeds out for 24 hours to see how many are consumed by animals. Seven thousand seed beds were deployed across a huge geographic area, with 70 sites cutting across 18 mountains from Alaska to the Equator.

"Theory predicts that interactions among species--like predation and competition--will be strongest in the warm, productive, biodiverse ecosystems of the tropics and at low elevations," says lead author Anna Hargreaves, who launched the project while at UBC's Biodiversity Research Centre. She is now a professor at McGill University.

"For example, the spectacular diversity of tropical trees is thought to result partly from stronger interactions between plants and the animals that prey on their seeds, which shapes how and where plants grow and adapt."

But until recently, evidence for this key ecological theory was inconclusive and came from small-scale studies that used different methods.

The researchers used consistent methods from the Arctic to Equator and replicated the 24-hour experiment several times during each latitude's natural seed-producing period.

"These interactions form the basis of how ecosystems function and the direct benefits of those ecosystems to human society," says Santiago David, a PhD student at UBC who ran one of the study sites in Colombia. "Understanding global patterns in key interactions between species, such as seed predation, is essential when we think about managing or restoring the ecosystems, especially in the face of climate change."

Predation driven by insects, other invertebrates

By protecting some seeds from mammals, the researchers showed that the study's large-scale patterns are being driven by the smallest seed predators: insects and other invertebrates.

"Taken together, these experiments suggest that invertebrates play an outsized role in the community dynamics and evolution of tropical and lowland ecosystems," says Hargreaves. "And yet we know relatively little about invertebrates, for example, how climate change is affecting their populations."

The researchers are now combining fake caterpillars with the seeds to determine if the patterns they found with one form of predation hold true with another.

The study, "Seed predation increases from the Arctic to the Equator and from high to low elevations," involved researchers from 13 institutions across the Americas, was published today in Science Advances.