Many Dallas-Fort Worth area faults have the potential to host earthquakes, new study finds 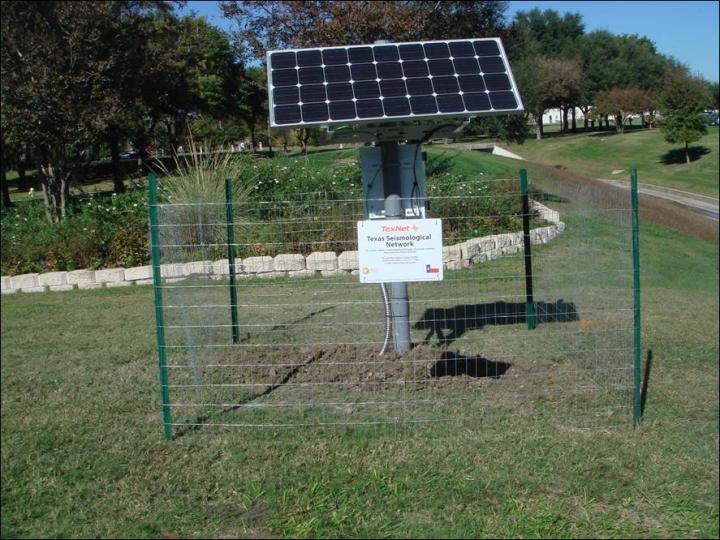 IMAGE: A new study led by The University of Texas at Austin shows that many of the faults underlying the Dallas-Fort Worth could be susceptible to slipping and causing earthquakes if...

Image:
The University of Texas at Austin/Bureau of Economic Geology

A study led by The University of Texas at Austin has found that the majority of faults underlying the Fort Worth Basin are as sensitive to changes in stress that could cause them to slip as those that have generated earthquakes in recent years.

Researchers with UT's Bureau of Economic Geology, Stanford University and Southern Methodist University have created a comprehensive map of more than 250 faults totaling more than 1,800 miles in combined length, some of which extend under highly populated areas in the Dallas-Fort Worth region. The study, published July 23 in the Bulletin of the Seismological Society of America, found that the faults are relatively stable if left undisturbed, but that wastewater injection, a practice common during oil and gas operations, significantly increases the potential of the faults to slip if not managed properly.

"That means the whole system of faults is sensitive," said lead author Peter Hennings, a bureau research scientist and the principal investigator at the Center for Integrated Seismicity Research (CISR).

The Fort Worth Basin saw a major increase in seismic activity from 2008 to 2015 as oil and gas operations increased, but a significant reduction in earthquakes the last four years as injection has slowed. Hennings said that people should be aware that the nature of the fault system means that many areas are susceptible to potentially hosting earthquakes, and that an upturn in oil and gas production that results in increased deep wastewater disposal could also bring an upturn in quakes if not properly managed.

SMU professor and study co-author Heather DeShon pointed out that the strongest earthquakes in the area have been magnitude 4, which is much less powerful than the major earthquakes that hit California earlier this month, but said that the region needs to prepare for the hazard.

"This study provides key information to allow the public, cities, state, the federal government and industry to understand potential hazards and to design effective public policies, regulations and mitigation strategies," she said.

SMU compiled the earthquake history of the region - a step that identified the need for an updated fault map in the first place. Stanford provided a map of the tectonic stress in the region and the analysis methods used to determine fault sensitivity. UT developed the new fault map and lead the overall effort. The research also benefited from data provided by petroleum industry partners.

The team also created maps that show the sensitivity of the faults. One shows that the faults in their natural geologic condition are relatively stable and not expected to slip if left undisturbed. Another map shows the impact of general pressure to the subsurface caused by wastewater disposal and reveals that it significantly increases the likelihood for faults to slip.

"Industrial activities can increase the probability of triggering earthquakes before they would happen naturally, but there are steps we can take to reduce that probability," said co-author Jens-Erik Lund Snee, a doctoral student at Stanford University.

Stanford professor and co-author Mark Zoback added that although this research focused on the Dallas-Fort Worth region, it creates a roadmap for those interested in investigating earthquake potential in other places.

"The methodology could be used in other areas where induced seismicity is of concern but development activities are just beginning, making it possible to identify potentially problematic faults before induced seismicity occurs," Zoback said. "So it creates a framework for making decisions in the future."

CISR and the TexNet Seismological Network, managed by the bureau at the UT Jackson School of Geosciences, played a key role in the research. TexNet is a collection of seismometers across Texas that was authorized and funded by the Texas Legislature and Gov. Greg Abbott. It has been tracking seismic activity across the state since January 2017.

The study found that the Fort Worth Basin is full of faults, many of which are small in size, yet susceptible to slipping. Most are less than 6 miles long - a fact that underscores the importance in studying the area in detail using high-resolution data.

"Most of the faults that have slipped are too small to have been previously recognized; they're very difficult to find," Hennings said. "We certainly haven't identified all of the faults in the region, but this new work is a big improvement compared to what was previously available."

The new maps are important tools in understanding the seismic hazard underling the Dallas-Fort Worth area, the most populated area in Texas. However, Hennings said that they provide just a general overview. He said that the team is working on a more in-depth analysis of individual faults that will give a more nuanced view of the unique factors influencing seismic hazard.

"In 2020, we will be publishing an updated version of the fault map as well as a comprehensive model that indicates the degree of pressurization that each of the earthquake faults has experienced from wastewater disposal," he said. "Combined with this current work, the future research will give industry and our regulators powerful tools to use in managing the hazard and reducing risk."