Certain types of corals, invertebrates of the sea that have been on Earth for millions of years, appear to have found a way to survive some of their most destructive threats by attaching to and growing under mangrove roots.

Scientists with the U.S. Geological Survey and Eckerd College recently published research on a newly discovered refuge for reef-building corals in mangrove habitats of the U.S. Virgin Islands. More than 30 species of reef corals were found growing in Hurricane Hole, a mangrove habitat within the Virgin Islands Coral Reef National Monument in St. John.

Corals are animals that grow in colonies, forming reefs over time as old corals die and young corals grow upon the calcium carbonate or limestone skeletons of the old corals. Coral reefs make up some of the most biologically diverse habitats on Earth, and face many threats such as coastal pollution, dredging and disease. However, some of their most widespread threats involve warming ocean temperatures, solar radiation and increased ocean acidification.

It is from these threats that corals are finding refuge under the red mangroves of Hurricane Hole. Red mangroves, subtropical or tropical trees that colonize coastlines and brackish water habitats, have networks of prop roots that extend down toward the seafloor, and corals are growing on and under these roots. 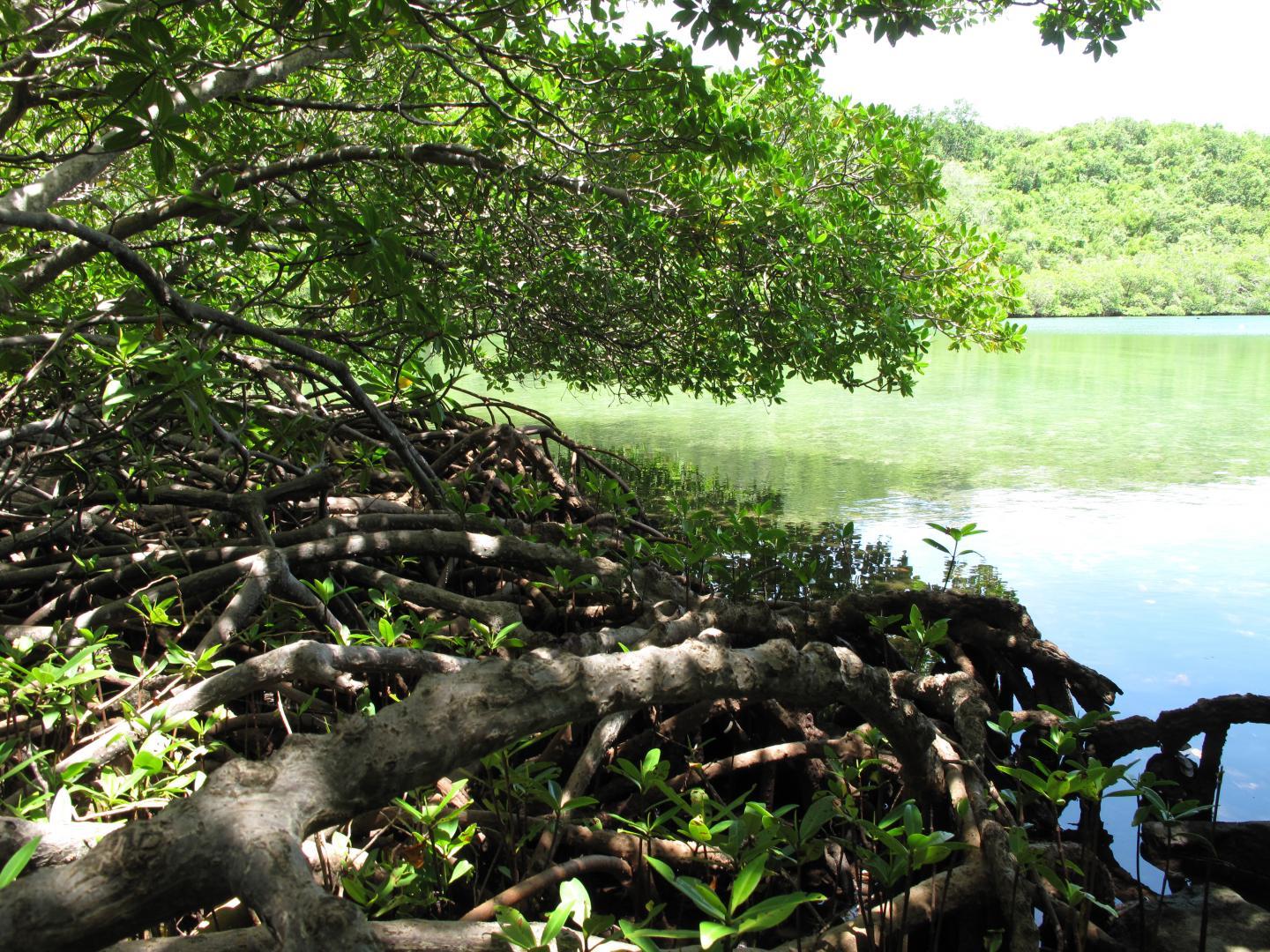 Corals are finding refuge within the red mangroves at Hurricane Hole, a mangrove habitat in the US Virgin Islands, from threats such as warming ocean temperatures, solar radiation and increased ocean acidification.

How does it work?

Mangroves and their associated habitats and biological processes protect corals in a variety of ways.