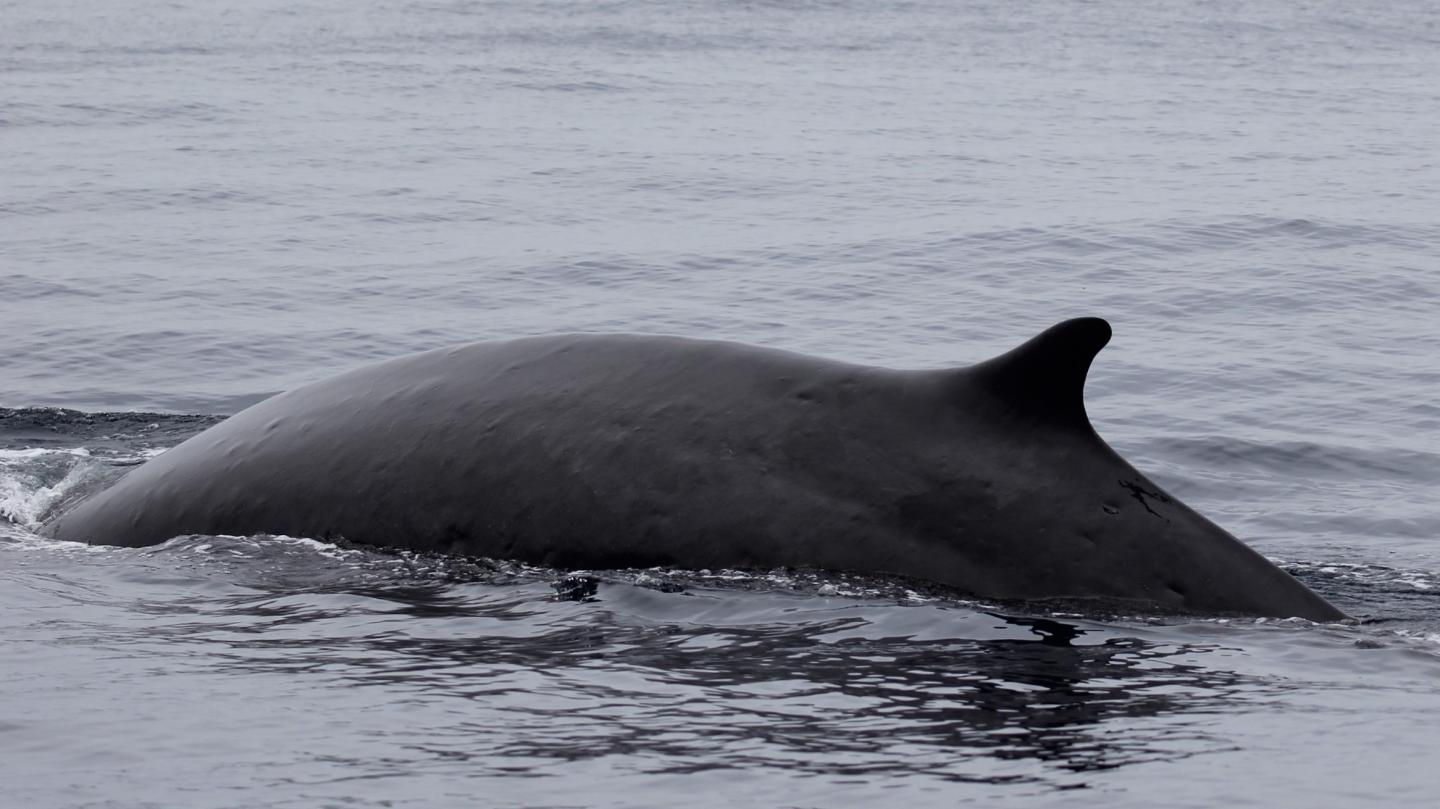 IMAGE: A glimpse of a fin whale taken off the coast of San Diego, California. NMFS Permit 17312

Until now, scientists believed the male fin whale sings just one song pattern, which is unique to the males in his particular group -- but new research has blown this theory out of the water. The study, published in Frontiers in Marine Science, suggests that these endangered deep-sea giants actually sing multiple different songs, which may spread to different parts of the ocean through migrating individuals. Understanding the complexity of fin whale song provides new insights into how their populations move and change over time, helping efforts to better protect and manage the world's second largest mammal.

"There is still a lot of uncertainty around the fin whale population size and structure in the North Pacific, and so learning about the song could help us understand population dynamics in this region much better", says Dr Tyler Helble of the Naval Information Warfare Center Pacific, United States. "Male fin whales in the Pacific sing just two very low notes, which are produced in different rhythms to create song. Previously, some marine mammal scientists thought that fin whales each sang a single pattern of notes, which was found only within their specific group and region. Our research indicates that fin whale song is more complex than this".

Using hydrophones (underwater microphones), the team of researchers recorded the songs and locations of 115 whale encounters near Kauai, Hawaii over six years. Dr Regina Guazzo, also of the Naval Information Warfare Center Pacific, explains, "The sound is recorded on multiple hydrophones, allowing us to triangulate on the signal and formulate a position for the animal. By showing that different song patterns were coming from the same location, we demonstrated that these were likely made by the same individual".

Five main song patterns were recorded. Some were unique to this area, but some were similar to song patterns recorded several years before in populations off the north-west coast of the US. "When a new whale song is recorded in a region, researchers often read it as a signal that a new group or individual has arrived from a different part of the world", reveals Guazzo. "However, this study suggests that these new song patterns may have been picked up by a local whale on his migratory travels, in a process of cultural transmission between groups from different regions".

To confirm whether these whales recorded in Hawaiian waters are from a single population or multiple converging populations, scientists should use additional methods of monitoring the whales. "Visual identification, genetic analyses, or long-duration tags could be used to determine where these whales go when they are not singing off Kauai", Helble recommends.