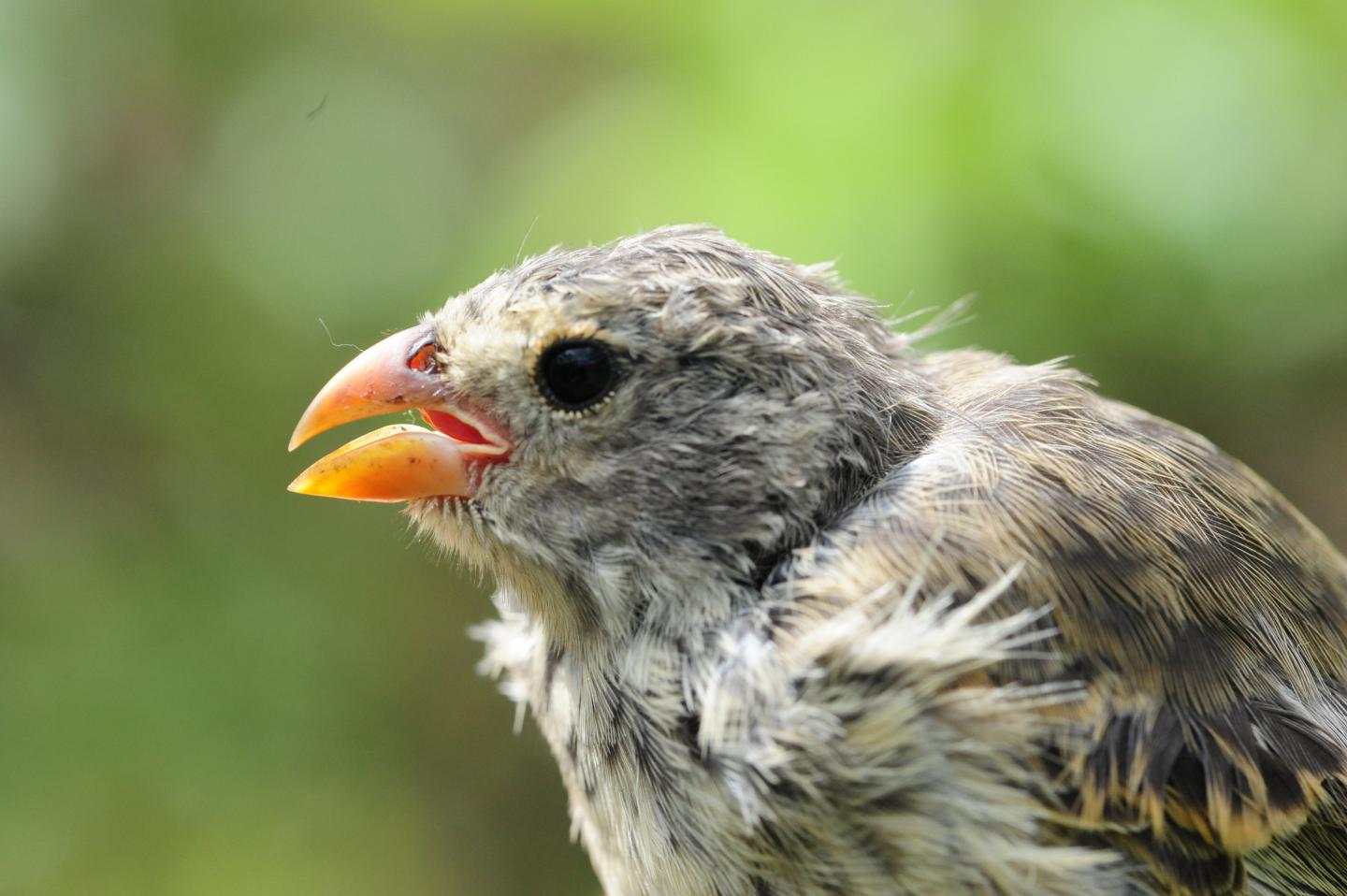 IMAGE: Fledgling tree finches may be infested in the nest.

The Galápagos Islands finches named after Charles Darwin are starting to sing a different tune because of an introduced pest on the once pristine environment.

International bird ecology experts, including Professor Sonia Kleindorfer and Dr Katharina Peters from Flinders University in South Australia, have found the beaks of Darwin's finches have changed to cope with infestations of the parasite Philornis downsi - and this is now affecting the birds' mating powers.

In a new paper published in The Royal Society's Proceedings of the Royal Society B, the researchers show that Darwin's finch males whose beaks and nostril (naris) have been damaged by the parasitic invasion are producing "sub-par song".

"In our newest research, we show that Darwin's finch males whose nares have been deformed by the parasite had greater vocal deviation - which females didn't like during mate choice - and had songs with lower maximum frequency," says Professor Kleindorfer, adding this also "confused the species identity of the singer".

The researchers, including University of California, Berkeley Adjunct Professor Frank J Sulloway, conclude that the Galápagos investigation specifically showed that critically endangered medium tree finches with enlarged naris size produced song that was indistinguishable from song of other finches.

"Given that small tree finch and medium tree finch are hybridised on Floreana Island, we suspect that this blurred species-signalling function of song may be partly to blame for the observed reverse speciation that is currently occurring," Dr Peters says.

"This research is evidence that parasite-induced morphological deformation can disrupt host mating signal with devastating effects on bird populations.

The so-called Darwin's finches captivated the British naturalist during his Galápagos research in the 1830s and became the first vertebrate system to provide compelling field-based evidence for evolution of natural selection.