Lefties more likely to have psychotic disorders such as schizophrenia: Yale study

The new study is published in the October-December 2013 issue of the journal SAGE Open.

About 10% of the U.S. population is left-handed. When comparing all patients with mental disorders, the research team found that 11% of those diagnosed with mood disorders such as depression and bipolar disorder are left-handed, which is similar to the rate in the general population. But according to Webb, a child and adolescent psychiatry fellow at the Yale Child Study Center with a particular interest in biomarkers of psychosis, "a striking of 40% of those with schizophrenia or schizoaffective disorder are left-handed."

"In general, people with psychosis are those who have lost touch with reality in some way, through hallucinations, delusions, or false beliefs, and it is notable that this symptom constellation seems to correlate with being left-handed," said Webb. "Finding biomarkers such as this can hopefully enable us to identify and differentiate mental disorders earlier, and perhaps one day tailor treatment in more effective ways." 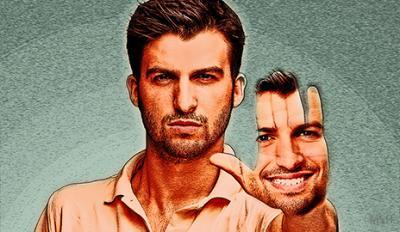 Lefties are more likely to have psychotic disorders, such as schizophrenia.

Webb and his colleagues studied 107 individuals from a public outpatient psychiatric clinic seeking treatment in an urban, low-income community. The research team determined the frequency of left-handedness within the group of patients identified with different types of mental disorders.

The study showed that white patients with psychotic illness were more likely to be left-handed than black patients. "Even after controlling for this, however, a large difference between psychotic and mood disorder patients remained," said Webb.

What sets this study apart from other handedness research is the simplicity of the questionnaire and analysis, said Webb. Patients who were attending their usual check-ups at the mental health facility were simply asked "What hand do you write with?"

"This told us much of what we needed to know in a very simple, practical way," said Webb. "Doing a simple analysis meant that there were no obstacles to participating and we had a very high participation rate of 97%. Patients dealing with serious symptoms of psychosis might have had a harder time participating in a more complicated set of questions or tests. By keeping the survey simple, we were able to get an accurate snapshot of a hard-to-study subgroup of mentally ill people — those who are often poverty-stricken with very poor family and community support."