Leaving its mark: How frailty impacts the blood 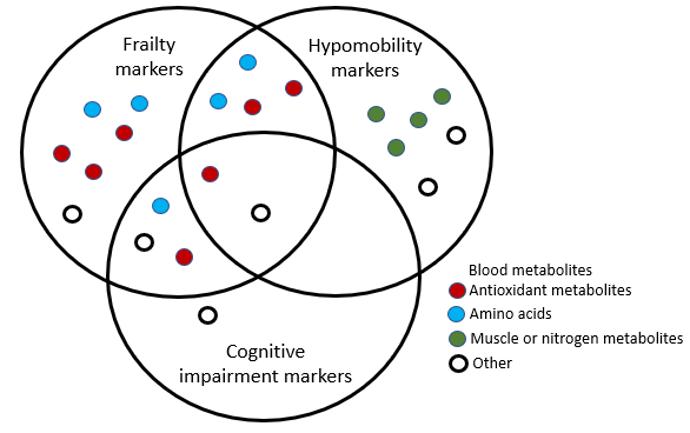 IMAGE: 22 different blood metabolites correlating to frailty, cognitive impairment and hypomobility were discovered. Although some of these metabolites were relevant to more than one disorder, frailty was found to have...

Globally, human society is aging. A side-effect of this is that age-related disorders, such as frailty, are becoming increasingly common. Frailty includes, not only physical disabilities, but also a decline in cognitive function and an increase in various social problems. The prevalence of this disorder among those aged 65 and over is estimated at 120 million people worldwide.

But, due to their small range of activities, people who suffer from frailty are often hidden. They tend to stay at home and out of the public eye. They can struggle to walk, suffer from memory loss, and find essential tasks, like putting out the rubbish or cleaning the house, very difficult. As such, frail people require more help than their healthy peers. And although there has been some indication that frailty may be reversible, no such interventions have yet been established.

The first step to curing frailty is to find an efficient way to diagnose the disorder. Researchers from the G0 Cell Unit at the Okinawa Institute of Science and Technology Graduate University (OIST), alongside collaborators at the Geriatric Unit at Kyoto University have taken a close look at the blood metabolites of both frail and non-frail elderly patients using a technique called metabolomics. They've found 15 metabolites whose levels in the blood correlate with frailty. Their findings, published in PNAS, have shed light on what causes the disorder and how we might reverse it.

For this study, the researchers looked at 19 elderly patients, all above the age of 75, and measured whether they suffered from frailty through three clinical analysis tests - the Edmonton frail scale (EFS), the Montreal cognition assessment (MoCA-J), and the Timed Up and Go Test (TUG).

"Both the EFS and the MoCA-J gave us an indication of the individuals cognitive function, whereas the TUG allowed us to assess their motor ability," said Professor Mitsuhiro Yanagida, who runs the Unit at OIST. "Between them, they also showed health status, mood, short-term memory and other indications, so they gave us a clear idea of who suffered from the disorder."

By using these three tests, the researchers found that nine out of the 19 individuals fit into the category of being frail whereas the other ten did not, however some still did suffer from cognitive impairment or hypomobility, a syndrome which hinders movement.

Identifying markers in the blood

Next, the researchers took blood samples from the 19 patients and had a close look at the metabolites - small molecules of amino acids, sugars, nucleotides and more that make up our blood. They tested 131 metabolites and found that 22 of them correlated with frailty, cognitive impairment and hypomobility. Patients who suffered from these disorders tended to have lower levels of most of these metabolites.

"Blood metabolites are useful as biomarkers for finding, diagnosing and observing symptoms of frailty," said Dr. Takayuki Teruya, Research Unit Technician in the G0 Cell Unit. "By using a simple blood test, we could start to diagnose frailty early on and lengthen healthy life expectancies by early intervention."

These metabolites include some of the aging markers in healthy people reported by the same group in 2016. This suggests that the severity of biological aging, which varies between individuals, could be monitored from an early stage of old age by measuring blood biomarkers.

"Notably, we found that levels of the antioxidant, ergothioneine, decreased in the frail patients," said Professor Yanagida, "This metabolite is neuroprotective, meaning that people who suffer from frailty are more vulnerable to oxidative stress."

The research indicates that frailty has a distinct metabolomic profile when compared to other age-related disorders. By demonstrating a link between these metabolites and the symptoms of the disorder, these findings could lead to a different approach to diagnosing and treating frailty.

The researchers in the G0 Cell Unit at OIST collaborated with Dr. Masahiro Kameda and Professor Hiroshi Kondoh in the Geriatric Unit, Graduate School of Medicine at Kyoto University. Kyoto University and OIST have jointly applied for a patent for these findings.