Focusing on large, star-forming galaxies, researchers at the Johns Hopkins University were able to measure radiation leaks in an effort to better understand how the universe evolved as the first stars were formed.

Sanchayeeta Borthakur, an assistant research scientist in the Department of Physics and Astronomy in the university's Krieger School of Arts and Sciences, reports in a paper published online Oct. 9 in the journal Science that an indicator used for studying star-forming galaxies that leak radiation is an effective measurement tool for other scientists to use.

Borthakur wrote the paper with Timothy Heckman, the Dr. A. Hermann Pfund Professor and director of the Center for Astrophysical Sciences at Johns Hopkins, along with co-authors Claus Leitherer from the Space Telescope Science Institute and Roderik Overzier from the Observatorio Nacional in Rio de Janeiro, Brazil.

The researchers used the radiation leak measurement method to help find the ideal star-forming galaxy that contained holes in its cold gas cover. Studying the radiation that seeps through these holes has been a conundrum for scientists for years.

Consisting of thick, dense cold gas, the cover stretches across a galaxy like a blanket. While an effective tool for helping make stars, this cover presents a challenge for astrophysicists hoping to learn how the radiation that stars produce could be used in the ionization process. Scientists have been on a quest for decades to find just the right galaxy with this character trait.

"It's like the ozone layer, but in reverse," Borthakur said. "The ozone layer protects us from the sun's radiation but we want the gas cover the other way around. The star forming regions in galaxies are covered with cold gases so the radiation cannot come out. If we can find out how the radiation gets out of the galaxy, we can learn what mechanisms ionized the universe." 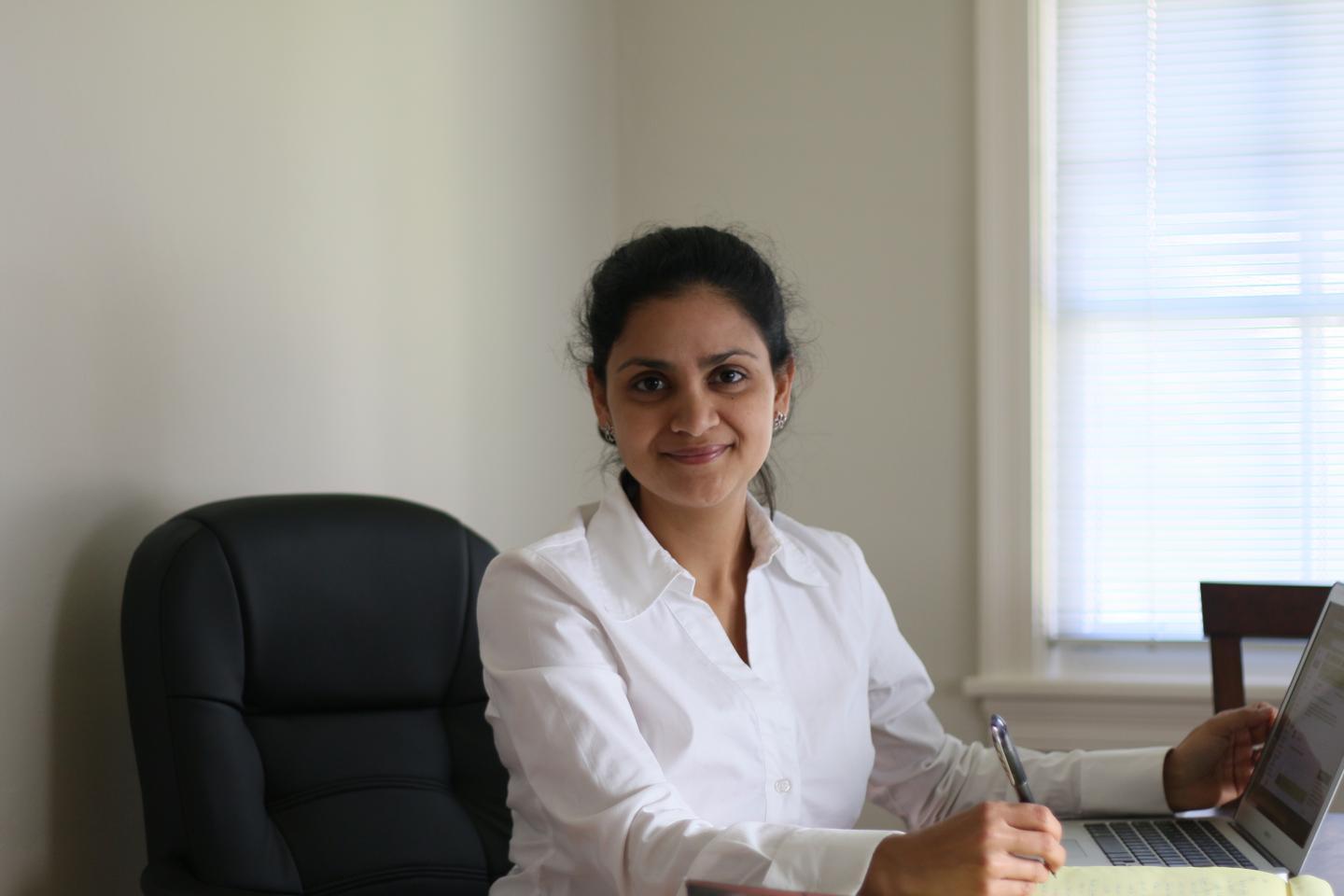 This is Sanchayeeta Borthakur, assistant research scientist in the Department of Physics and Astronomy at the Johns Hopkins University.

Borthakur said scientists know that these leaky galaxies exist, but finding one has been a problem. This, in turn, makes it difficult for researchers to have a clearer understanding of how the reionization process works.

For star-gazers, reionization is core to the history of the cosmos as it marks the birth of the very first stars and galaxies.

Moments after the start of the Big Bang, the hot, newly born universe began to expand and quickly cool. Several hundred thousand years later, free proton and electron particles in the universe began to connect to each other and form neutral hydrogen atoms. The neutral gas began to collapse into the first stars and galaxies, which then began to radiate brightly.

Using observations made with the Cosmic Origin Spectrograph onboard the Hubble Space Telescope, the research team found the right galaxy to study. In the study, the researchers credit a combination of unusually strong winds, intense radiation and a massive, highly star-forming galaxy for proving the validity of the indicator.

This method, first created by Heckman in 2001, can sort out what gas is present and also accurately measure the percentage of holes in the gas cover, said Borthakur.

"The confirmation of the indicator is key," she said. "The implications are now people can use this indicator to study distant galaxies at longer wavelengths."