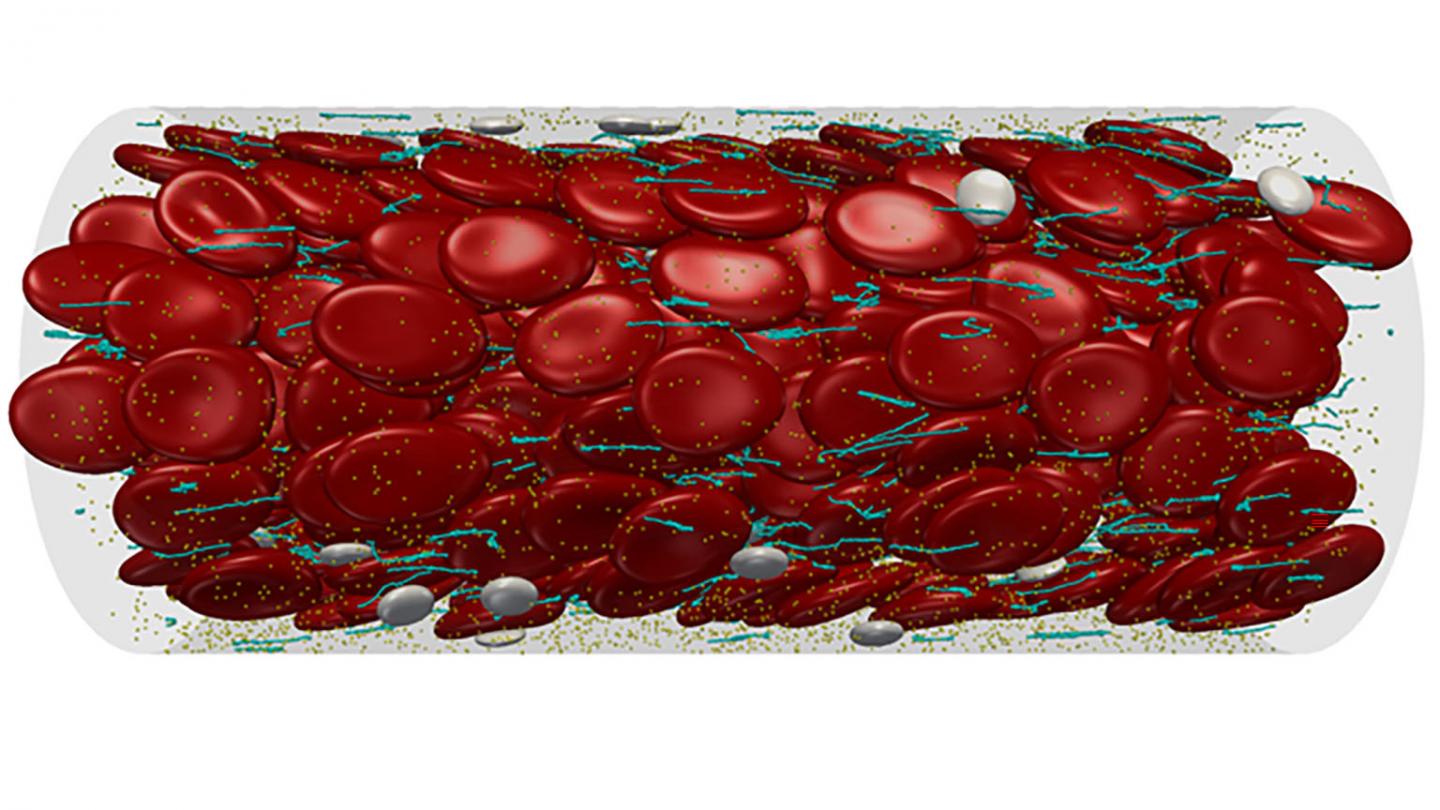 IMAGE: Researchers review recent work on understanding the behavior of con Willebrand factor in APL Bioengineering, painting a portrait of vWF, and by highlighting advances in the field, the authors put...

WASHINGTON, D.C., November 19, 2019 -- Blood clots have long been implicated in heart attacks and strokes, together accounting for almost half of deaths annually in the United States. While the role of one key protein in the process, called von Willebrand factor, has been established, a reliable model for predicting how vWF collects in blood vessels remains elusive.

Researchers at the Georgia Institute of Technology published a review of recent work on understanding the behavior of vWF in APL Bioengineering, from AIP Publishing. The paper paints a portrait of vWF, which uncoils under the shear stress of blood flow to form nets that trap platelets passing by, which then form a blood clot, called a thrombus. By highlighting advances in the field, the authors put forth promising avenues for therapies in controlling these proteins.

"The thrombus must block blood flow as it closes off, like trying to use your thumb at the end of a garden hose and then stopping all flow with some mud," said David Ku, an author on the paper. "This is extremely hard to accomplish, so thrombosis requires the fastest, strongest bonds in all of biology."

A variety of computer models have been proposed to bridge the gap from microscale to nanoscale in clot formation, ranging from simulations based on the time it takes for clots to form to computationally intensive models that re-create how platelets, vWF and cells all interact in the bloodstream. The paper calls on researchers across biology, computer science and other areas to collaborate to build an improved model.

In addition to targeting platelet aggregation and high-shear environments that stretch vWF, one potential therapy is to enhance the activity of another protein, ADAMTS13, which cleaves vWF and renders it unable to form clots. While research in mouse models shows promise, much work is still required to determine if ADAMTS13 therapies would be safe or effective for humans.

Ku's own research pointed to negatively charged nanoparticles that computational modeling has shown might keep vWF in its coiled unreactive state. The group found the nanoparticles reduce how quickly vessels become occluded and are exploring how to explain and optimize this process.

Ku said he hopes the paper will inspire others to dive deeper into new ways of measuring and understanding the clot-forming vWF.