Fuel cells convert energy into electricity through a chemical reaction between a fuel and an oxygen-rich source such as air. If a continuous flow of fuel is provided, a fuel cell can generate electricity cleanly and cheaply. While batteries are used commonly to power electric cars and generators, fuel cells also now serve as power generators in some buildings, or to power fuel-cell vehicles such as prototype hydrogen-powered cars.

"The major advance in this research is the ability to use Jet Propellant-8 directly in a fuel cell without having to remove sulfur impurities or operate at very high temperature," says the study's senior author, Shelley Minteer, a University of Utah professor of materials science and engineering, and also chemistry. "This work shows that JP-8 and probably others can be used as fuels for low-temperature fuel cells with the right catalysts." Catalysts are chemicals that speed reactions between other chemicals.

In the new study, the University of Utah team investigated Jet Propellant-8 or JP-8, a kerosene-based jet fuel that is used by the U.S. military in extreme conditions such as scorching deserts or subzero temperatures. 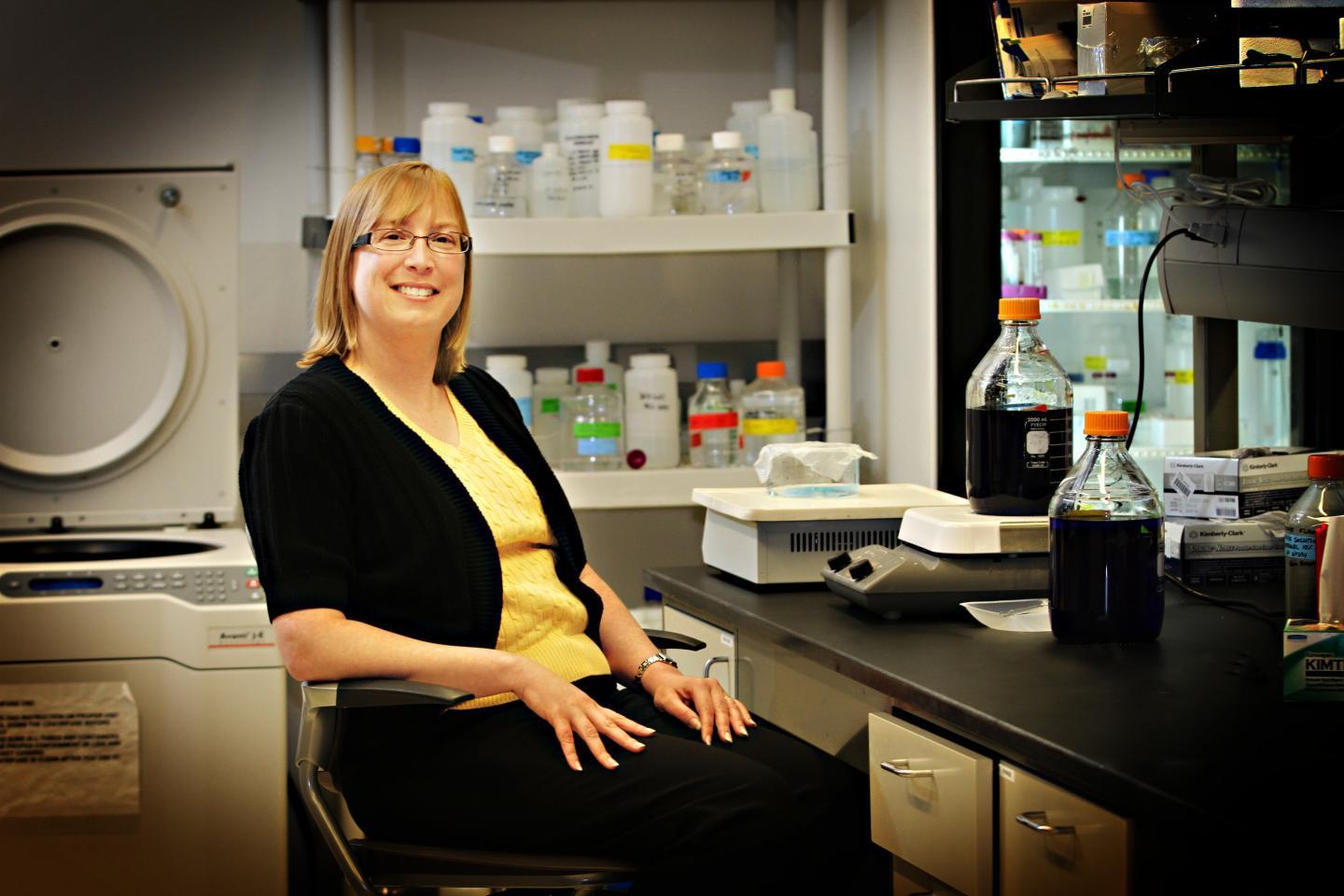 Shelley Minteer -- a University of Utah professor of materials science and engineering, and also chemistry -- has developed a fuel cell that can covert jet fuel to electricity at room temperature without igniting the fuel, thanks to the use of enzymes as catalysts in the reaction. The new fuel cells can be used to power portable electronics, off-grid power and sensors.

Converting this jet fuel into electricity is difficult using standard techniques because jet fuel contains sulfur, which can impair metal catalysts used to oxidize fuel in traditional fuel cells. The conversion process is also inefficient, with only 30 percent of the fuel converted to electricity under the best conditions.

To overcome these constraints, the Utah researchers used JP-8 in an enzymatic fuel cell, which uses JP-8 for fuel and enzymes as catalysts. Enzymes are proteins that can act as catalysts by speeding up chemical reactions. These fuel cells can operate at room temperature and can tolerate sulfur.

An enzyme "cascade" of two enzymes – alkane monooxygenase and alcohol oxidase – was used to catalyze JP-8. Hexane and octane, which are chemically similar to JP-8, also were tested as fuels. The researchers found that adding sulfur to their enzymatic fuel cell did not reduce power production.

"Enzymatic fuel cells are a newer type of fuel cell, so they are not currently on the market," says Minteer, also a professor with USTAR, the Utah Science Technology and Research economic development initiative. "However, researchers haven't been able to use JP-8 before, because they haven't had the enzymes to be able to oxidize JP-8."

Solid-oxide fuel cells at temperatures above 950 degrees Fahrenheit have made use of JP-8, but this is the first demonstration at room temperature, Minteer says. Now that the team has shown the enzyme catalysts works, they will focus on designing the fuel cell and improving its efficiency, she adds.