BLOOMINGTON, Ind. -- It is often better to be surrounded by copycats than innovators, according to a new Indiana University study.

By creating a virtual problem landscape, IU cognitive scientists explored the dynamics, advantages and disadvantages of "social learning" -- the act of learning about the world by observing or imitating others. Social learning pervades the way human beings learn about many phenomena -- restaurants, schools and political candidates, for example. Social learning also helps many other species choose mates, forage for food and avoid predators.

Yet, not only is it useful to imitate others, it is useful to be imitated as well.

"We thought at first it would be better to have innovators around you," said IU cognitive scientist Robert Goldstone, professor in the Department of Psychological and Brain Sciences in the College of Arts and Sciences at IU Bloomington. "But in our experiments, if people are surrounded by imitators, they actually do better."

The reason, said co-author Thomas Wisdom, is that "imitators often make their own improvements to the original solution, and these can, in turn, be adopted and improved upon by the originator and others."

"This kind of dynamic is found in situations where there are good ideas out there, but it's really hard for any one individual to find them searching in isolation," Goldstone said. "If you're working in a field like medicine, software development or art, where there are a huge number of ideas with unknown potential, it is often good to be surrounded by imitators."

The paper, "Social Learning Strategies in Networked Groups," appeared in the December issue of Cognitive Science. Wisdom, a recent graduate of the Department of Psychological and Brain Sciences and former student in Goldstone's Percepts and Concepts Laboratory, is a freelance researcher in Chicago.

Goldstone offers a striking analogy for this kind of reciprocal imitation in the social behavior of cliff swallows that live in large groups. Their food consists of roving clouds of small airborne insects, and when one swallow finds a swarm of these insects, it releases a piercing cry that induces the other cliff swallows to join it.

Why they do this was something of a mystery, until it became apparent that getting others to imitate them is a strategy that clearly works to their advantage. Once the other cliff swallows are recruited, they act as additional scouts, surrogate selves who can further explore the problem space, by tracking the movements of the insects in a way that an individual cliff swallow would not be able to do. The more there are in the group, the better they can track the insects.

"We think something very similar is at work in our study," Goldstone said. "You can't possibly explore an entire problem search space on your own, but if you recruit other people, it's to your advantage. They help you survey that area. You benefit when other people imitate you because they help you explore multiple variations around your solution that you couldn't possibly pursue on your own."

We see this all the time in business and technology, Goldstone said. "Think of all the tablets that are out there, mutually copying each others' innovations. Or consider the way open source software communities work. People make available the software that they spent thousands of hours working on, hoping other people will 'steal' it, imitate it, so they then can take advantage of other people's extensions."

This "sharing of solutions for further cumulative improvement," Wisdom said, "can also be seen in music remixing, open access scientific publishing and the use of Creative Commons licensing." 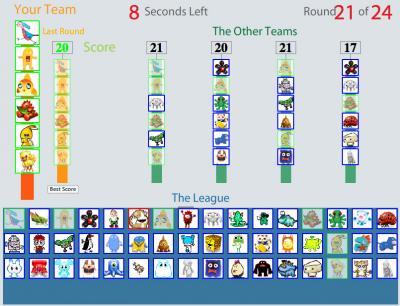 This is a screen capture of Creature League, used for this cognitive science study.

To study the uses of imitation vs. innovation in solving problems, the researchers constructed a "problem space" using a computer game called "Creature League," a made-up and simplified version of such popular computer games as Virtual Pets or Fantasy Football. The game, they said, is "a small subset of possible search problems" but represents a kind of problem space that is important and fairly common: "a combinatorial search space" that functions systematically but is too large and complex to be fully understood in the limited time given for the game.

The game itself involved a series of either 24 or 48 creature icons, from which each player picks teams of either five or six creatures. Participants in groups of up to nine players each try to increase their scores by choosing different creatures for their team over 24 10-second rounds. The scoring function is not known by the players, but each creature has a certain number of points associated with it, as do various pairs of creatures when they are on the same team. Such interactions add a further dimension of complexity, creating "a rocky or hilly problem landscape," Goldstone said. "There are millions of possibilities, and you can't explore them all in a single game."

In addition to the benefits of being imitated, the game revealed several other social learning strategies at play.

In addition to its benefits for problem-solving, imitation also acts as a kind of cultural memory. Imitators preserve ways of doing things that have worked in the past -- ways of cooking, farming, or traditional forms of music and art, to name a few. If we innovate too much, we lose that knowledge. 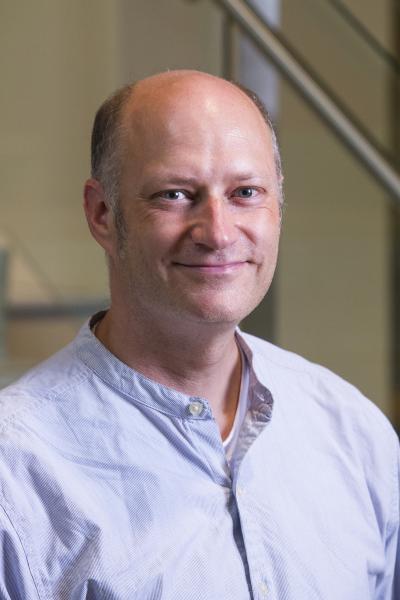 This is Robert Goldstone.