Isotope movement holds key to the power of fusion reactions 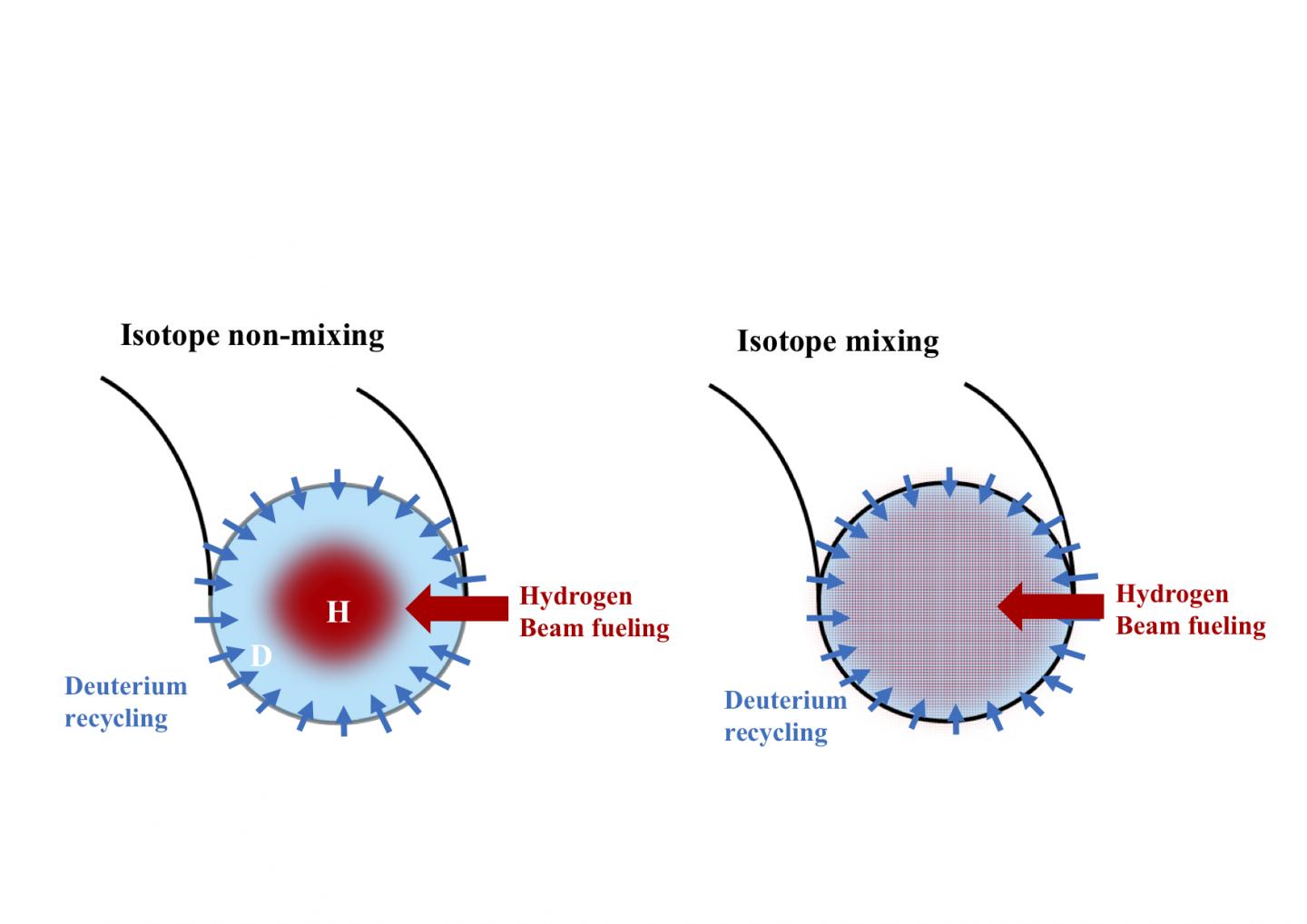 Image:
Katsumi Ida, the National Institute for Fusion Science and the Graduate University for Advanced Studies

Fusion may be the future of clean energy. The same way the sun forces reactions between light elements, such as hydrogen, to produce heavy elements and heat energy, fusion on Earth can generate electricity by harnessing the power of elemental reactions. The problem is controlling the uniformity of hydrogen isotope density ratio in the fusion plasma--the soup of elements that will fuse and produce energy.

A research team in Japan has reached a key understanding of this process that may aid the future development and use of fusion plasma.

They published their results on Jan. 14 in Physical Review Letters, a journal of the American Physical Society.

The researchers focused on a ratio of hydrogen isotopes, or weight-varied versions of hydrogen, in plasma produced in the Large Helical Device (LHD) at the National Institute for Fusion Science (NIFS). The plasma consisted of hydrogen and deuterium, which weighs twice as much as hydrogen. By understanding how this plasma mixes, the researchers can begin to predict how future plasma consisting of deuterium and tritium, which weighs three times as much as hydrogen, may behave.

"In the core of fusion plasma , it is most desirable to have an even split between deuterium and tritium because it gives the highest fusion power," said paper author Katsumi Ida, a professor with both the National Institute for Fusion Science and the Graduate University for Advanced Studies. "However, we can only control the isotope ratio at the edge of the plasma, not in the core. We set out to investigate if the isotope ratio is uniform throughout the mixture. If it's not, can we make it uniform?"

Ida and his team found that the uniformity is determined by how the isotopes move. Referred to as a turbulent state, isotopes affected by ion temperature gradient (ITG) turbulence were far more uniform than isotopes undergoing trapped-electron mode (TEM) turbulence.

"The ITG-dominant state is far more favorable in fusion plasma," Ida said. "We saw the formation of a non-mixing profile and its transition to a uniform isotope state in the plasma, associated with the increase of turbulence propagating along the ion temperature gradient."

ITG turbulence involves a temperature gradient matched to the magnetic fields confining the fusion plasma. The isotopes move more if they are on the hotter end, allowing the isotopes to more evenly mix. According to Ida, this understanding could help researchers control plasma uniformity and increase the power of fusion plasma isotope mixtures.

The researchers plan to study uniformity in other ions, including in helium--an element produced by the fusion reaction between deuterium and tritium.