SEATTLE—After Group Health Cooperative introduced video-based "decision aids" for people with knee and hip arthritis, rates of knee and hip replacement surgeries dropped sharply: by 38 and 26 percent, respectively, over six months. The cost of caring for those patients also declined: by 12 percent to 21 percent, according to an article in the September Health Affairs.

This observational study of 9,515 Group Health patients compared six-month outcomes during two periods: before and after decision aids for knee and hip osteoarthritis started being distributed regularly to Group Health patients with these conditions who were considered candidates for joint replacement.

This is the first time anyone has explored how using decision aids in routine practice can affect health care and costs, Dr. Arterburn said. It is also the first major study of decision aids for knee and hip replacement.

"Our study's real-world findings with the orthopedic decision aids are consistent with results of prior randomized trials of other kinds of decision aids," Dr. Arterburn said. Those trials found that people were more likely to make informed choices that aligned with their preferences when they had access to objective, easily understood, evidenced-based information about the risks and benefits of treatment options. They also tended to choose more conservative, less invasive options—and to be more satisfied with whatever happened, regardless of whether they chose a surgical intervention.

The findings are important because more than 27 million Americans have osteoarthritis, which can cause severe pain and restrict functioning, including employment, Dr. Arterburn said. Joint replacement is among the most common U.S. orthopedic procedures, with more than 650,000 knees and 250,000 hips replaced each year, at a combined cost of $15.6 billion.

"Joint replacement can reduce pain and improve function for many patients," said co-author Charles F. Jung, MD, Group Health's chief of orthopedics. "But so can many nonsurgical actions that people can take to help ease their knee and hip arthritis." Dr. Jung said. Because excess weight strains joints (particularly knees), the main action is to lose any extra weight. Other examples are physical therapy, nonsteroidal anti-inflammatory drugs like ibuprofen, avoiding injury, and mixing up a variety of low-impact activities, like walking, swimming, and biking. "These are the same things that we suggest for patients who choose surgery, to lower the risk of their new joint failing and needing to be replaced again, which can be more complicated," he added. 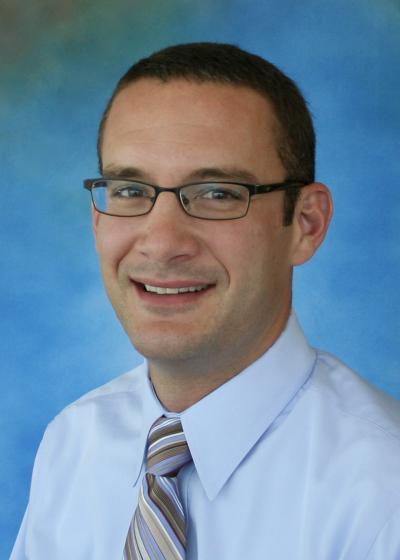 "People often have wishful thinking about what joint replacement can do for them," Dr. Jung said, "like our patient who thought he'd be his club's singles-tennis champ again." Biased information sources, including direct-to-consumer ads for artificial joints, may fuel such expectations. By contrast, decision aids serve as a balanced reality check, describing factors including the three-month recovery time, the 10- to 20-year lifespan of artificial joints, and risks such as infection and possible reoperation. "After people see a decision aid, they tend to come into our office with more realistic expectations, and we can have a more focused discussion about what matters most to them as individuals," he added.

"We're continuing to study the larger implementation strategy that a multidisciplinary team of Group Health leaders, providers, and staff developed for 12 decision aids in six specialties," Dr. Arterburn said. Each of these decision aids is for patients at a crossroad: deciding whether to have an elective surgical procedure. As with joint replacement, deciding whether or not to choose any of those elective procedures tends to be a clinical "gray area," with more than one treatment option, each with pros and cons—and little evidence to say any option is better than another.

"Group Health has distributed more decision aids than any other single health care organization in the world," said co-author David K. McCulloch, MD, Group Health's medical director for clinical improvement. By July 2012, more than 25,000 Group Health patients had received decision aids, adding around 900 more each month. Patients can watch the videos alone or with their families either on a DVD that is mailed to them or online on Group Health's secure website for patients. "With all our specialty leaders, care providers, and staff seeing the decision aids," he added, "our widespread implementation has improved our culture of care to make it even more centered on the individual patient."

Tracking nationwide Medicare spending for more than two decades, Dartmouth Atlas of Health Care experts call care for clinical gray areas "preference-sensitive," because it should reflect what individual patients need and prefer. But instead, they have found, this kind of care too often varies widely by geographical area, depending most on what local providers happen to want to do. Decision aids are meant to decrease these "unwarranted variations in care" by informing patients about the risks and benefits of treatment options. The aids may also help patients to clarify what they want and need, so their values and preferences carry more weight in the decision-making process.

Most of the September issue of Health Affairs focuses on payment reform: moving away from fee-for-service payment, where providers earn more for giving patients more tests and treatments, as in most of U.S. health care now. This concerns many people because, like getting less health care than needed, getting too much care—overdiagnosis and overtreatment—can harm patients. Payment reform is one solution that has been proposed for decreasing unwarranted variations in care. At Group Health, health care providers are paid a salary and receive no bonus for doing more procedures. So financial incentives at Group Health are aligned to keep patients healthy, instead of giving them more tests and treatments.

"But implementing decision aids and shared decision making can work well in fee-for-service settings too," Dr. Arterburn said. "They just need health care providers who are concerned about having their patients make high-quality informed decisions—and most providers are."