CORVALLIS, Ore. - Commercial Dungeness crab fishing on the West Coast is one of the highest risk occupations in the United States, based on fatality rates. But non-fatal injuries in the fishery appear to go largely unreported, a new study from Oregon State University shows.

While the fatality rates in the Dungeness crab fleet have been reported in the past, the incidence of non-fatal injuries have not been previously studied, said Laurel Kincl, an assistant professor of environmental and occupational health and safety in the OSU College of Public Health and Human Sciences.

"The commercial Dungeness fishing fleet, which operates along the coast of Oregon, Washington and Northern California, is a vital economic commodity," she said. "Injuries can be life-threatening and life-altering, leading to disability, decreased quality of life and lost wages." 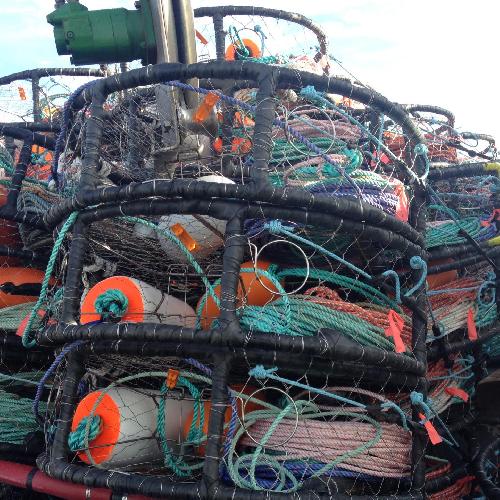 Understanding the type and nature of fatalities and injuries, including describing and categorizing the types of injuries, is the first step in identifying safety issues and pinpointing areas for prevention, she said.

Kincl and a team of researchers examined 12 years of death and injury data, and found that 28 people died while commercially fishing for Dungeness crab from 2002-2014. In that same period, 45 injuries were reported to the U.S. Coast Guard.

"Fatal injuries are tracked in a national system, but non-fatal injuries are not," Kincl said. "We knew there was likely underreporting, but we had no idea how low the injury numbers were until now."

The findings, published in the latest issue of the journal International Maritime Health, are the first step to better understanding fishing injuries among Dungeness crab fishermen. The research is part of an OSU-led research project to identify and reduce the risks of injuries in the industry, Kincl said.

The Fishermen Led Injury Prevention Program, or FLIPP, is designed to take a new approach to fishing industry injury prevention by working with commercial Dungeness crab fishermen to identify and reduce injury risks. The project is supported by a three-year, $825,000 grant from the National Institutes for Occupational Safety and Health. Kincl is the principal investigator.

The lead author of the paper, Samantha Case, is a researcher in the NIOSH office in Alaska. Other co-authors are OSU Associate Professor Viktor Bovbjerg; OSU doctoral student Laura Syron and Devin Lucas, who earned his doctorate at OSU and works at NIOSH.

The researchers found that the majority of the fatalities, about 71 percent, occurred during vessel disasters, such as boats capsizing or sinking. The other deaths were the result of a fisherman drowning or falling overboard. Fractures were the most commonly reported injury, at 40 percent, followed by hypothermia, lacerations and digit amputations.

Working with Oregon Sea Grant and community researchers in local fishing communities, Kincl and her colleagues are meeting with focus groups of fishermen and surveying fishing crews along the Pacific coast to learn more about safety and injuries in the industry.

"No one has ever gone up and down the coast and learned from the fishermen," Kincl said. "What are they doing to stay safe? Are there things that can be improved? How can we share that information among the various crews?"

By the end of the project, researchers plan to come up with and test several interventions that could help reduce injuries among crab fishermen.

"We want to identify some things that might work, but we don't want to tell them what to do," Kincl said. "We want to let them decide what would be most helpful."