Infectious diseases and climate change intersect with no simple answers

Climate change is already affecting the spread of infectious diseases--and human health and biodiversity worldwide--according to disease ecologists reporting research results in this week's issue of the journal Science.

Modeling disease outcomes from host and parasite responses to climate variables, they say, could help public health officials and environmental managers address the challenges posed by the changing landscape of infectious disease.

"Solving these problems requires a comprehensive approach that unites scientists from biology, the geosciences and the social sciences."

According to lead author Sonia Altizer of the University of Georgia, the issue of climate change and disease has provoked intense debate over the last decade, particularly in the case of diseases that affect humans.

In the Science paper, Altizer and her colleagues--Richard Ostfeld of the Cary Institute of Ecosystem Studies; Pieter Johnson of the University of Colorado; Susan Kutz of the University of Calgary and Canadian Cooperative Wildlife Health Centre; and Drew Harvell of Cornell University--laid out an agenda for future research and action.

"For a lot of human diseases, responses to climate change depend on the wealth of nations, healthcare infrastructure, and the ability to take mitigating measures," Altizer said.

"The climate signal, in many cases, is hard to tease apart from other factors like vector control, and vaccine and drug availability." 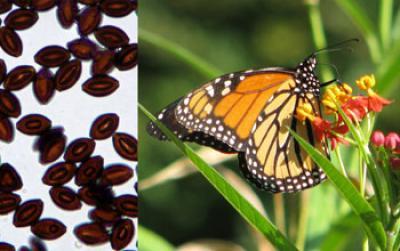 Monarch butterflies carry infections in parts of the US where they breed year-round.

"In many cases, we're seeing an increase in disease and parasitism," Altizer said. "But the effect of climate change on these disease relationships depends on the physiology of the organisms and on the structure of natural communities."

At the organism level, climate change can alter the physiology of parasites. Some of the clearest examples are found in the Arctic, where temperatures are rising rapidly. Parasites are developing faster as a result. A lungworm that affects muskoxen, for instance, may be transmitted over a longer period each summer, making it a more serious problem for the populations it infects.

Community-level responses to rising temperatures are evident in tropical marine environments such as the coral reef ecosystems of the Caribbean. Warmer water temperatures have directly stressed corals and facilitated infections by pathogenic fungi and bacteria. When corals succumb, other species that depend on them are affected.

The potential consequences of these changes are serious. The combination of warmer temperatures and altered disease patterns is placing growing numbers of species at risk of extinction, the scientists say.

In human health, there is a direct risk from pathogens like dengue, malaria and cholera. All are linked to warmer temperatures.

Indirect risks also exist in threats to agricultural systems and game species that are crucial for subsistence and cultural activities. 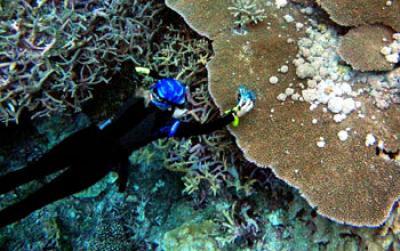 The scientists recommend building on and expanding data on the physiological responses of hosts and parasites to temperature change. Those mechanisms may offer clues to how a system will respond to climate warming.

"We'd like to be able to predict, for example, that if the climate warms by a certain amount, then in a particular host-parasite system we might see an increase from one to two disease transmission cycles each year," Altizer said.

Some of those actions might involve more monitoring and surveillance, adjusting the timing of vector control measures and adopting new management measures.

These could include, for instance, closing coral reefs to human activity if a disease outbreak is predicted, or changing the planting strategy for crops to compensate for unusually high risks of certain diseases.

The researchers also point out that certain local human communities, such as those of indigenous peoples in the Arctic, could be disproportionately affected by climate-disease interactions.

Predicting where these local-scale effects might be most intense would allow societies to take measures to address issues such as health and food security. 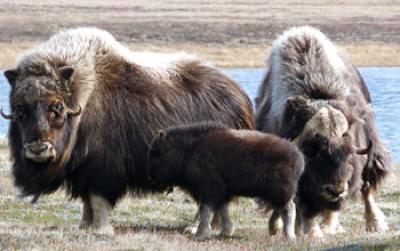 Muskoxen may be susceptible to arctic climate change and emerging infectious diseases.