Inbred animals have fewer surviving offspring compared with others, a study of red deer in the wild has found.

The insight could aid the conservation and management of endangered populations of animals in which inbreeding carries a high risk of extinction.

The findings from a long-term study on a Scottish island shows that hinds whose parents were first cousins raise far fewer offspring - about one-quarter as many - to adulthood over their lifetimes compared with others. 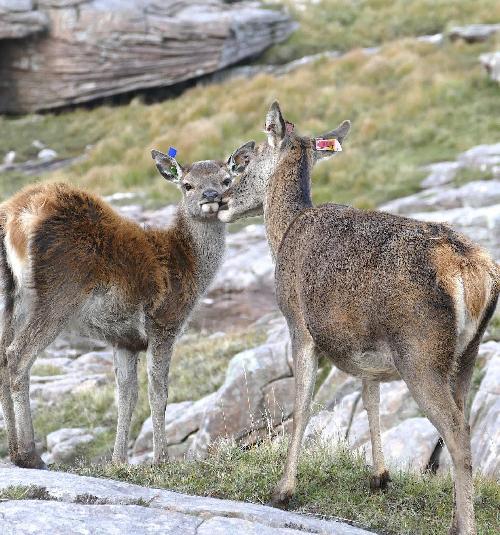 This is because inbred hinds are less likely to survive to breeding age, to have a calf in any given year and to rear any calves they do have to independence.

Inbreeding is known to have adverse effects across many species, but examples of its impact on adult wild animals are rare.

Researchers used a DNA screening tool to gain a highly detailed measure of inbreeding for each individual deer living at the study site on the Isle of Rum in the Inner Hebrides.

They used this alongside long-term data on individuals from the 40-year study to determine the extent of inbreeding on the ability of each animal to reproduce and successfully raise offspring.

Red deer on Rum are occasionally inbred because some males return to the part of the island where they were born for the annual rut, where they encounter their sisters, aunts and cousins.

The herd is not endangered nor at risk from the inbreeding effects highlighted in the study, but the results are important for endangered populations, in which a lack of unrelated mating partners often increases inbreeding.

The study, published in Proceedings of the National Academy of Sciences, and carried out by scientists at the Universities of Edinburgh and Cambridge and the Australian National University, was supported by the European Research Council and the Natural Environment Research Council.

The Isle of Rum National Nature Reserve is owned and managed by Scottish Natural Heritage.

Professor Josephine Pemberton of the University of Edinburgh's School of Biological Sciences, who led the study, said: "Combining sophisticated genetic analysis techniques with long-term data on individual deer life histories has revealed surprising results about how damaging inbreeding is in adult life. Inbred mothers give birth to calves whose chances of survival are almost as bad as if the calves themselves were inbred."

Chris Donald, SNH's South Highland Operations Manager, said: "This cutting-edge research from our national nature reserve on Rum has produced some exceptional insights into the health and survival of red deer. This work will clearly have considerable implications on how we conserve and manage endangered deer populations where the risks of inbreeding are high."