In IBS, non-GI issues are more powerful than symptoms in patients' health perceptions

BUFFALO, N.Y. – Social relationships, fatigue and other coexisting medical problems have a stronger effect on how patients with irritable bowel syndrome (IBS) rate their overall health than the severity of their gastrointestinal symptoms, a University at Buffalo study has found.

"Our findings suggest that in IBS patients and possibly patients with other diseases as well, health perceptions depend to a much larger extent on non-biomedical factors than those of us who are health care providers have ever suspected," says lead author Jeffrey Lackner, PsyD, associate professor of medicine in the UB School of Medicine and Biomedical Sciences.

"This research is leading us toward a better understanding of the complexity of the health of our patients," he continues.

IBS is among the most common, disabling and intractable gastrointestinal disorders. Twice as common among women as men, it is estimated to affect between 25 million to 50 million Americans. Symptoms include abdominal pain, diarrhea and/or constipation.

The UB researchers had expected that the more severe a patients' IBS symptoms, the more it would influence their self-reported health, a term for an individual's perception of how healthy they are.

"We were actually surprised there was not a stronger relationship between IBS symptoms and self-reported health," said Lackner, who directs the UB Behavioral Medicine Clinic, a UBMD clinic, at Erie County Medical Center. 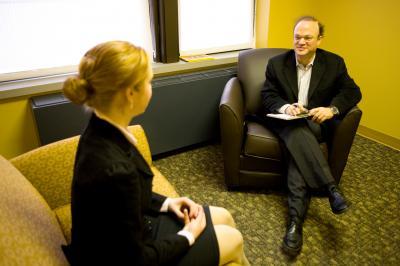 Lackner's research at University of Buffalo suggests that health perceptions of irritable bowel syndrome patients depend on non-biomedical factors more than health care providers have ever suspected.

"When we, as clinicians, ask our patients how they are feeling, we expect that they will be on the same page with what we are assessing physically," he continues. "But oftentimes, patients' perceptions are at odds with medical reality. It's a much more complex, cognitive process that factors in a number of medical and social factors that are not necessarily on a physician's radar screen."

The study included 234 IBS patients, 78 percent of whom were women. Subjects were recruited to clinics at UB and Northwestern University as part of two larger studies Lackner is conducting at UB and with colleagues at Northwestern; the studies are the largest IBS clinical trial conducted to date and one of the largest behavioral trials ever funded by the National Institutes of Health.

The findings matter because, according to Lackner, the way that patients with various chronic diseases view their health has been proven to align well with their health outcomes.

"Self-reported health has been found to be a strong and robust predictor for mortality and morbidity even when controlled for the presence of disease symptoms," he explains. "However, very few studies have looked at self-reported health in relation to gastrointestinal disease."

They were asked whether they would rate their health as excellent, very good, good, fair or poor, a standard method for investigating self-reported health. The sample included severely affected IBS patients who had sought medical treatment because symptoms had significantly affected their quality of life.The severity of IBS was only modestly associated with how patients evaluated their health in general.

"Some of the most robust factors in our study that most strongly impacted self-reported health were fatigue, coexisting medical problems and negative interactions with family and friends," Lackner says.

He concludes that these findings should provide a better understanding of "the complexity of health," eventually contributing to improved clinical outcomes, which are increasingly important in the value-driven healthcare environment.