DURHAM, N.C. -- Programs that aim to curb teen prescription drug abuse have vastly differing effectiveness, ranging from big drops in drug abuse to no measurable effect, according to a new study of 11,000 teenagers by researchers at Duke and Pennsylvania State universities.

The six-year study is among the first to measure the success and cost-effectiveness of prescription drug abuse prevention efforts.

Abuse of prescription opioids, a form of painkiller, is the fastest-growing form of illicit drug use in the country, affecting more than 12 million Americans and killing more people annually than heroin and cocaine combined, according to the Centers for Disease Control and Prevention. As a result, the U.S. Food and Drug Administration has recommended restricting access to painkillers such as Percocet, Oxycontin and Vicodin.

"These drugs are very available, and highly addictive," said Max Crowley, an NIH Research Fellow at Duke's Center for Child and Family Policy. "There's a growing national debate about whether we should restrict access to these drugs, but at the same time, the drugs are hugely important for pain management. What's being left out of the debate is the role of prevention."

Crowley and his co-authors found that only one school-based program was effective when used by itself. The Life Skills Training program resulted in 4 percent lower drug abuse rates, compared with a control group. The 18-session course teaches social skills that build competence and encourage assertiveness. 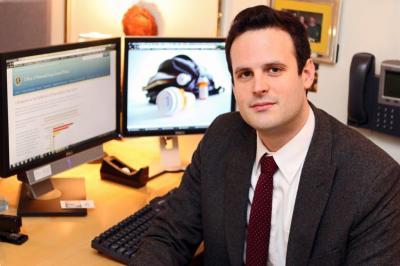 Max Crowley is a prevention scientist at Duke's Center for Child and Family Policy.

Life Skills Training was also among the most cost-effective programs studied, costing an average of $15 per child, Crowley said. By contrast, the study notes that prescription drug abusers cost society an average of $7,500 each for treatment and other expenses, by conservative estimates.

Life Skills was among four prevention programs the researchers studied. The team looked at 28 rural public school districts in Iowa and Pennsylvania, tracking students from grades 6 through 12. They examined a home-based program called Strengthening Families 10-14 and three school-based programs: Life Skills Training, Project Alert and All Stars. All four were "universal" programs that were offered to all teenagers in a given district.

The researchers analyzed pairs of demographically similar school districts. Within each pair, one community received a prevention program or programs, and the other did not. The research team surveyed teenagers each year, asking teens to anonymously report whether they had ever used a prescription painkiller for nonmedical purposes. The authors then compared drug use levels in districts that received interventions versus those that did not.

In communities that received no intervention, a quarter of high school seniors reported having misused prescription painkillers. The most substantial reductions in abuse rates occurred when the Life Skills program was combined with the Strengthening Families program. The All Stars intervention also yielded reductions when it was used alongside the Strengthening Families program.

Crowley said he hopes policymakers and educators will put the findings to use.

"Policymakers and other leaders are actively searching for efficient ways to curb prescription drug abuse," Crowley said. "These results give policymakers options regarding how to handle this growing epidemic. "