Cholesterol levels - the most common risk factor for heart attacks - have decreased in northern Sweden over the last 20 years. Since medical drugs only account for a third of the decrease, the reduced risk of cardiovascular disease is greatly thanks to a change in lifestyle. This according to a study published in the European Heart Journal.

Researchers at Umeå University and Sunderby Hospital in Luleå, both in northern Sweden, have found a general decrease in cholesterol levels, which was more pronounced in older people, women without university education and in people with high risk of cardiovascular disease.

"The most important reason for the decreased cholesterol in the population of Norrbotten and Västerbotten counties in northern Sweden is most likely a change in lifestyle, such as a reduced intake of fat, together with an increased intake of fibre from fruit, vegetables and grains," according to Mats Eliasson, professor at the Department of Public Health and Clinical Medicine as well as doctor at Sunderby Hospital in Luleå. 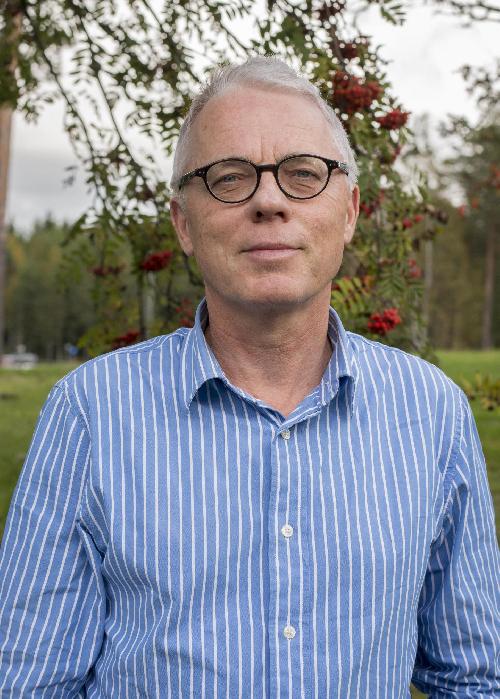 This is Mats Eliasson, professor at the Department of Public Health and Clinical Medicine as well as doctor at Sunderby Hospital in Luleå in northern Sweden. Credit: Norbotten county council, Sweden

The study, which has now been published in the European Heart Journal, shows that the average level of blood cholesterol in the population has decreased from 6.2 to 5.5 mmol/L between 1994 and 2014. The decrease was more pronounced in the elderly than in younger participants, but no difference was found between men and women. The group with the largest decrease was people with high risk of cardiovascular disease, who had been treated for high blood pressure, diabetes and previous heart attack or stroke.

At the beginning of the study in 1994, people with high risk of heart attacks had at least as high cholesterol as healthy individuals. In 2014, the levels of these high-risk individuals were considerably lower than in the population on the whole. High cholesterol levels in obese people as well as in women without university education were noted at the beginning of the study, but had completely disappeared 20 years later.

"Seeing that women without university education now have the same low cholesterol levels or that obese persons have equally good levels as normal-weight persons confirms that health care is now offered at the same terms," says Marie Eriksson, associate professor and statistician at Umeå University and co-author of the study.

"We can see that the improvement is most noticeable among those who profit the most from it, which indicates that the efforts on primary and secondary preventions in health care centres and heart clinics have contributed successfully. However, there is still room for improvement, both by continuously encouraging an improved lifestyle and through the use of medical drugs. The constantly decreasing cholesterol levels are pointing towards a continuous reduction in cardiovascular disease."

Even if the risk of cardiovascular disease has been heavily reduced in the last 10-20 years, it is still the most common cause of death in Sweden, especially when it comes to heart attacks. High cholesterol levels is the most important cause of disease followed by smoking and high blood pressure.