How antioxidants can accelerate cancers, and why they don't protect against them

Cold Spring Harbor, NY – For decades, health-conscious people around the globe have taken antioxidant supplements and eaten foods rich in antioxidants, figuring this was one of the paths to good health and a long life.

Yet clinical trials of antioxidant supplements have repeatedly dashed the hopes of consumers who take them hoping to reduce their cancer risk. Virtually all such trials have failed to show any protective effect against cancer. In fact, in several trials antioxidant supplementation has been linked with increased rates of certain cancers. In one trial, smokers taking extra beta carotene had higher, not lower, rates of lung cancer.

In a brief paper appearing today in The New England Journal of Medicine, David Tuveson, M.D. Ph.D., Cold Spring Harbor Laboratory Professor and Director of Research for the Lustgarten Foundation, and Navdeep S. Chandel, Ph.D., of the Feinberg School of Medicine at Northwestern University, propose why antioxidant supplements might not be working to reduce cancer development, and why they may actually do more harm than good.

Their insights are based on recent advances in the understanding of the system in our cells that establishes a natural balance between oxidizing and anti-oxidizing compounds. These compounds are involved in so-called redox (reduction and oxidation) reactions essential to cellular chemistry.

Oxidants like hydrogen peroxide are essential in small quantities and are manufactured within cells. There is no dispute that oxidants are toxic in large amounts, and cells naturally generate their own anti-oxidants to neutralize them. It has seemed logical to many, therefore, to boost intake of antioxidants to counter the effects of hydrogen peroxide and other similarly toxic "reactive oxygen species," or ROS, as they are called by scientists. All the more because it is known that cancer cells generate higher levels of ROS to help feed their abnormal growth.

Drs. Tuveson and Chandel propose that taking antioxidant pills or eating vast quantities of foods rich in antioxidants may be failing to show a beneficial effect against cancer because they do not act at the critical site in cells where tumor-promoting ROS are produced – at cellular energy factories called mitochondria. Rather, supplements and dietary antioxidants tend to accumulate at scattered distant sites in the cell, "leaving tumor-promoting ROS relatively unperturbed," the researchers say. 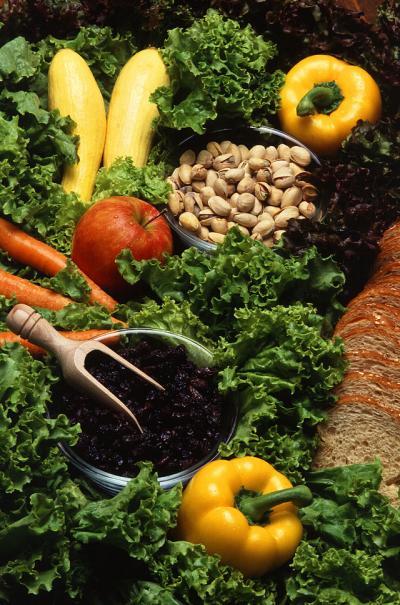 Drs. Tuveson and Chandel explain why eating foods rich in antioxidants, as well as taking antioxidant supplements, can actually promote cancer, rather than fight or prevent it, as conventional wisdom suggests.

Paradoxically, then, the authors suggest that "genetic or pharmacologic inhibition of antioxidant proteins" – a concept tested successfully in rodent models of lung and pancreatic cancers -- may be a useful therapeutic approach in humans. The key challenge, they say, is to identify antioxidant proteins and pathways in cells that are used only by cancer cells and not by healthy cells. Impeding antioxidant production in healthy cells will upset the delicate redox balance upon which normal cellular function depends.